Fr. Juan Fernando Areiza was removed from ministry in 2010 after homosexual trysts exposed

ATLANTA (ChurchMilitant.com) - Archbishop Wilton Gregory placed a priest back into active ministry after previously removing him for engaging in homosexual misconduct.

"I believe they may have conspired together just to use me for sex," said Dale Chappell, who took part in a homosexual relationship with Fr. Juan Fernando Areiza in 2010, when he was priest at a church in Roswell, Georgia.

Text messages and pictures Chappell provided to CBS Atlanta News confirm his allegations of these homosexual relationships, including dozens of texts with Areiza.

"Here's one that says, 'Miss you and love you,'" Chappell showed us.

He read another text. "It says, 'I realize that I am not honest since I broke the promises I did to be with you,'" Chappell read.

The report led to Areiza's removal from ministry.

"They take vows of celibacy when they become priests," archdiocesan spokesman Pat Chivers told CBS. "So what has happened here is totally inappropriate, and we are saddened. These are sinful acts."

Chivers noted that it was a "consensual" relationship and that Areiza was "receiving counseling, at his request."

According to the archdiocese, it was "unlikely" the priest would return to ministry.

But in 2013, Gregory restored Areiza to active ministry by placing him at St. Francis of Assisi Church in Blairsville. He remained there until 2018, when Abp. Wilton Gregory named Areiza pastor of St. Pius X Church in Conyers.

Church Militant contacted the parish and spoke with the secretary, who refused to pass along our media request to the priest, instead repeatedly referring us to the archdiocese for questions. The secretary confirmed she was unaware of Areiza's prior removal from ministry.

A number of critics have blasted the appointment of Abp. Gregory to Washington, D.C., where he will take the helm May 21, after Cdl. Donald Wuerl resigned in disgrace in October.

Wuerl had been caught lying about his knowledge of Theodore McCarrick's sexual crimes, and Wuerl's own past covering for predator priests when he was bishop of Pittsburgh was exposed in the Pennsylvania Grand Jury Report.

"Archbishop Gregory was a protégé of Cardinal Bernardin in Chicago, where he first became an auxiliary bishop," read a statement from the group Catholic Laity for Orthodox Bishops and Reform, based in Washington, D.C. "Cardinal Bernardin left a legacy of dilution of Catholic teaching and subversion of the fight to protect unborn babies and their mothers."

Gregory was president of the U.S. Conference of Catholic Bishops when the 2002 sex abuse crisis exploded in the national media, and he helped formulate the Dallas Charter, the instrument by which clergy would be held accountable for sex abuse of minors.

But Gregory approved an exemption for bishops from accountability, meaning clergy were not required to report bishops to law enforcement if any bishops had been accused of sex abuse.

So what has happened here is totally inappropriate, and we are saddened. These are sinful acts.

Gregory also agreed to make McCarrick — now a known serial homosexual predator — the public face of the response to the abuse crisis. The Vatican has since laicized McCarrick, but has failed to conduct an investigation to expose the clergy complicit in covering up McCarrick's homosexual predation of seminarians and priests.

The late Richard Sipe, the renowned expert on priestly sex abuse, whose many warnings about McCarrick were often ignored by Church officials, claimed in 2006 that Gregory is homosexual.

Gregory has welcomed notorious pro-gay activist Jesuit Fr. James Martin to speak in his archdiocese, over the strenuous objections and public protests of laity. He has also welcomed and hosted retreats for Fortunate Families, a dissenting LGBT ministry that rejects Catholic teaching on chastity.

Gregory also permits one of his parishes, the Shrine of the Immaculate Conception, to march under its banner in the yearly Atlanta Gay PRIDE Parade, where homosexuals frequently march in the nude, exposing themselves to little children. The Shrine's pastor, Msgr. Henry Gracz, has publicly frequented a drag club and is rumored to be homosexual himself.

Gregory has appointed Gracz to be spiritual director to sex abuse victims.

This week, Georgia attorney general Chris Carr, a Catholic, announced the launch of a criminal probe for clerical abuse cover-up in the archdiocese of Atlanta and the diocese of Savannah.

*This article was updated to correct Areiza's position as priest in Roswell in 2010, and not pastor, as originally stated. It has also been updated to include his previous assignment at St. Francis of Assisi Church in Blairsville. 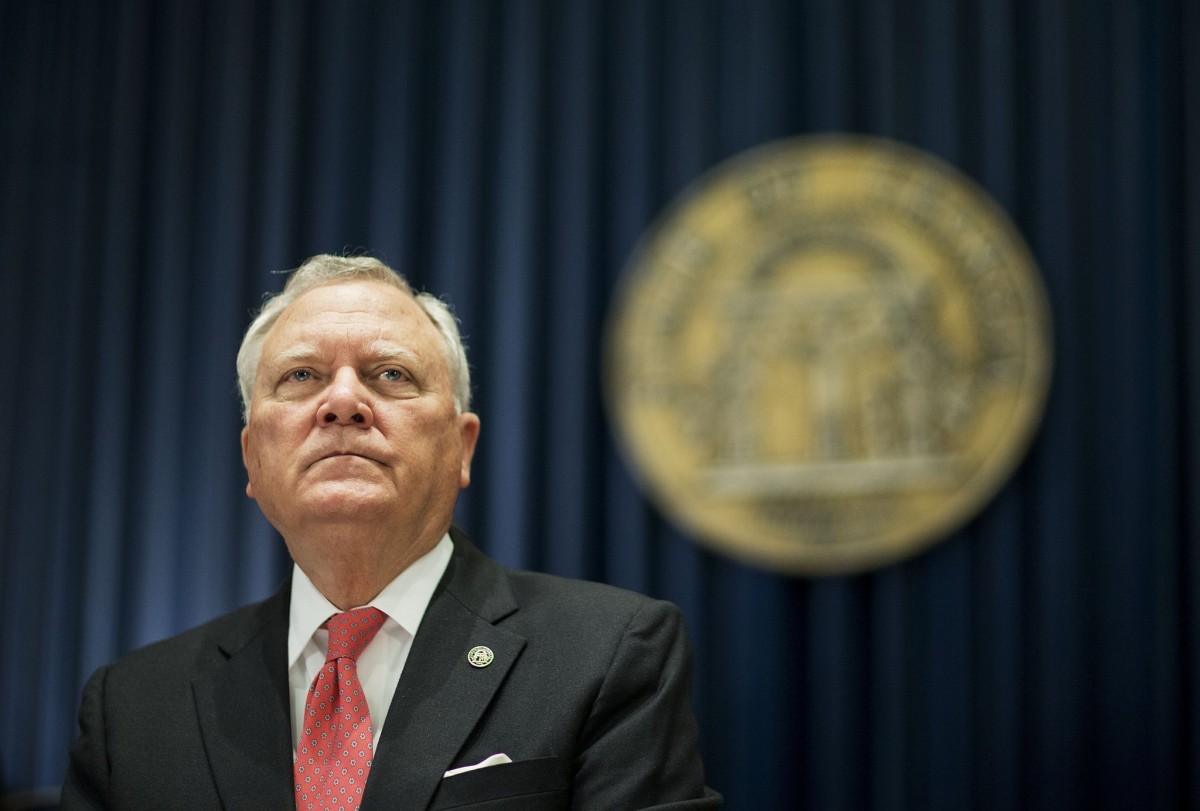