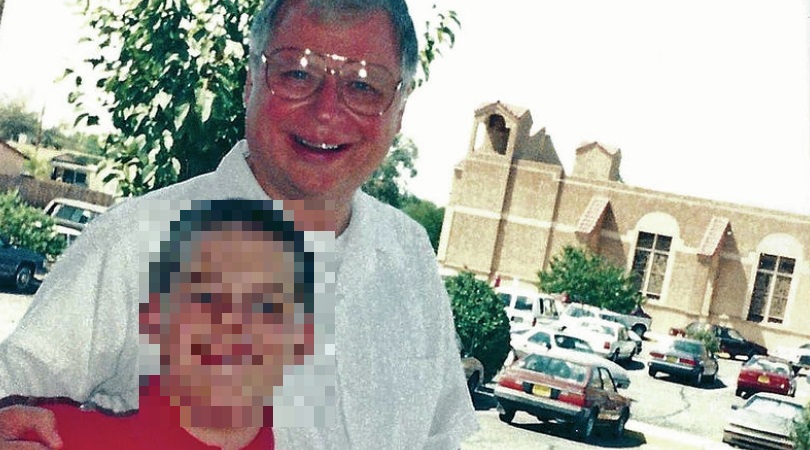 ALBUQUERQUE, N.M. (ChurchMilitant.com) - An American priest who fled the country decades ago amid allegations of child sexual abuse is now back in the United States to face trial.

Father Arthur Perrault disappeared suddenly in 1992, right before a lawsuit was filed against the Santa Fe archdiocese alleging that Perrault had abused seven minors at St. Bernadette parish in Albuquerque, New Mexico.

After decades in hiding and a year in police custody abroad, Perrault was extradited from Morocco to a U.S. district court in Albuquerque. He faces seven charges related to sexually abusing an underage boy. The alleged incidents of abuse occurred in 1991 and 1992 at Santa Fe National Cemetery and Kirtland Air Force Base. The fact that they took place on federal properties gave the U.S. Attorney's Office jurisdiction to prosecute Perrault, who served as a chaplain for the Air Force Reserve.

Authorities say that when Fr. Perrault disappeared in 1992, he first went to Canada, then fled overseas to Morocco. Perrault worked with children at a school in Morocco, teaching English for some 20 years. That came to an end a year ago, when a U.S. federal grand jury indictment led to Perrault getting fired and taken into Moroccan police custody.

In his first court appearance on Sept. 21, Perrault pleaded not guilty. More than a dozen alleged victims watched as Perrault entered the courtroom walking with a cane. On Sept. 25, a federal judge found him to be a flight risk and ordered him to be held in police custody until his trial.

In 1971, Perrault wrote an apology letter to the parents of one of his victims. In the letter, he attributed his behavior to cancer, but authorities say Perrault had never been diagnosed with cancer.

Originally from Connecticut, Fr. Perrault was accused of abusing boys in the archdiocese of Hartford within just 18 months of his ordination. Perrault came in January 1966 to an addiction treatment center for priests and religious in Jemez Springs, New Mexico.

While at that treatment center, Perrault was assigned to chairing the theology department at St. Pius X High School in Albuquerque — the Santa Fe archdiocese's flagship school. The school and the archdiocese received allegations in 1970 that Fr. Perrault had sexually abused a male student. Documents detailing how the school and the archdiocese handled the allegations were kept secret until October 2017. The documents show that then-Abp. James Peter Davis insisted on keeping everything private. He finally removed Fr. Perrault from the school later that year after the victim's father threatened a lawsuit.

In 1982, Fr. Perrault was assigned to assist during weekends at St. Bernadette parish in Albuquerque. He became the pastor there in 1985 and remained in that post until he fled the country in 1992.

In a statement on Sept. 21, the archdiocese of Santa Fe said in part:

Over the past year, the archdiocese has fully cooperated with the U.S. Attorney's Office and the FBI during the federal grand jury investigation which ultimately led to these criminal indictments against Perrault. The archdiocese was informed after Perrault's arrest was initiated.

The Archdiocese of Santa Fe began its own canonical process of investigating these allegations in 1992. The accusations against Perrault were reported immediately to the Albuquerque civil authorities.

The archdiocese has cooperated fully with all law enforcement agencies investigating the allegations and will continue to support the judicial process as it runs its course. We ask all to cooperate and respect the legal proceedings and for prayers for all victims and those affected by these very serious charges.

The archdiocese went on to encourage victims and witnesses of clerical sex abuse to contact law enforcement "immediately," and to also reach out to the archdiocese's victim assistance and Safe Environment coordinator.

In sum, Fr. Perrault was accused of making advances on minors while he was in Connecticut and of abusing minors in New Mexico in his positions at St. Pius X High School and St. Bernadette parish, as well as on federal property while he was a military chaplain.