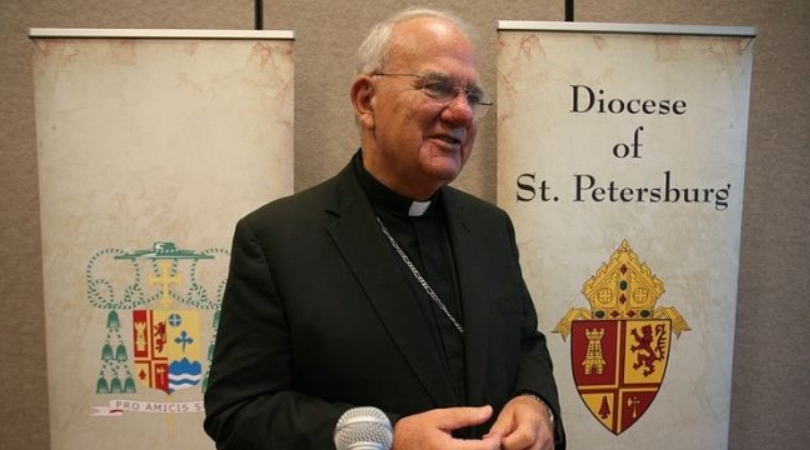 It didn't take long for Adam Chittle to get that creepy feeling when the notorious Bp. Robert Lynch, former bishop of St. Petersburg, Florida, came to visit the Augustine Center Retreat House in the wooded "north country" of Michigan where the 46-year-old serves as director.

That creepy feeling led to a complaint about Bp. Lynch to Gaylord Bp. Steven Raica — in person — more than two years ago in November 2016, which, of course, led to no response, which led to a sense of urgency by Chittle to give fair warning last October, in the post-McCarrick era, to anyone who might come under the spell a grooming pattern and lack the wherewithal to fight back.

Chittle's story is important because it reveals the extraordinary and palpable duplicity of the generic bishop in virtually any generic dioceses — which would be Raica and his realm which takes up the top half of Michigan's Lower Peninsula, and where trees outnumber people by probably a million to one and 40 overworked priests try to run 75 parishes.

A careful examination of Raica's stance on sexual abuse is sadly tragic. One might read his statement of Aug. 15, 2018, in response to the Pennsylvania grand jury report, like many of his peers. He says one thing about the sexual abuse within the priesthood and too often does the opposite.

A careful examination of Raica's stance on sexual abuse is sadly tragic.

But this article is less about Raica, the enabler, than it is about Lynch, the outlier bishop who is known more for his contempt of Catholicism than for any sense of virtue or holiness. So let's focus on Lynch.

Indeed, Lynch is among that list of infamous bishops in the United States who is infamous for whole bunches of reasons, each seemingly more outrageous than the others. Not surprisingly, he was a top official in the U.S. Conference of Catholic Bishops before being named bishop of St. Petersburg, Florida in 1998.

Lynch was removed shortly thereafter by Pope Francis, which gave him more time to vacation in northern Michigan where he was a regular summer fixture at St. Francis Xavier Church in Petoskey for at least eight years.

When Chittle was informed, upon the retirement of Bishop Lynch, that the prelate was expected to be spending considerable time in the region of Petoskey, he did a Google search to learn more about the soon-to-be-familiar face.

In a two-page letter written last Oct. 26 to Bp. Raica but intended for a larger audience, Chittle explained that, "Among other things, I learned about the accusations by Bill Urbanski, who worked for Bp. Lynch in Florida. Having discovered this information, I was on my guard."

What followed after Chittle finally met Lynch and was forced to interact with him as part of his job as director of the retreat center was a series of events that, each taken alone, may not mean much. But in the context of this being the behavior a powerful bishop who openly scoffs at Church teaching regarding sexual ethics, the overall pattern of behavior is more important; synergy — the sum is greater than its parts.

Due to the media coverage about the darling of the Catholic hierarchy until last summer, Cardinal "Uncle Teddy" McCarrick's modus operandi is now well known, and every man these days know what to look for while around certain bishops.

Chittle explains in his letter to Raica that there were "specific experiences" he had involving Bp. Lynch that he now believes are part of a pattern used by predator clerics:

For example, in the Aug. 29, 2018 parish bulletin, Fr. Stilwell issued his annual "good bye" to Bp. Lynch after the summer vacation season and said he considered Lynch a "truly a great and holy man and one of my heroes."

Meanwhile, however, Bp. Lynch had a kind of celebrity status at St. Francis Xavier Church where he officiated at Mass and has been praised by the parish's pastor, Fr. Dennis Stilwell, 71, who is also vicar general of the diocese. Alarmed, Chittle took his complaint in November 2016 to Bp. Raica in person and has gotten no response as of at least two weeks ago.

Bishop Lynch left Petoskey last Friday to return to his home diocese of St. Petersburg, Florida. I had dinner with him and with Bishop Raica last Monday. Let us keep Bishop Lynch in your prayers. Though he is retired he is as busy as ever using his special gifts to give retreats to priests and laity all across the country. We have benefited from his talent for preaching and teaching.

Thankfully, Bp. Raica lives in a modern world where laity do not have to trust his pathetic judgment, as do the laity in the archdiocese of St. Paul and Minneapolis, where a strong protest against Lynch in October forced Abp. Bernard Hebda to refuse permission for Bp. Lynch to appear at a retreat in the diocese, specifically due to Lynch's soft stance on sexual abuse.

I understand that many of you have been approached by parishioners concerned about the choice of Bishop Robert Lynch as a presenter at the Archdiocesan Fall Formation Day on November 29. If you are contacted on this matter in the future, kindly share that Bishop Lynch will no longer be participating.

It turns out the always-secretive Bp. Raica also got the idea that something was going on with Bp. Lynch, and he too has finally cracked down on him.

During a meeting on Jan. 15 when he spoke to about 400 people at St. Stephen Church in Lake City (who came to learn about the punishment of 33-year-old Fr. Cowan for making an allegation of sexual harassment against Fr. Stilwell), Bp. Raica was asked specifically about Bp. Lynch and said only: "I have informed him (Lynch) that he is not to minister in the diocese. I have spoken to Bp. Lynch. He is only here two, three months." And that's all he said.

All of this about Lynch, and the long-term presence at the parish as a sacristan and religion teacher of a former priest, James Holtz, who was removed in 2002 for molesting a minor, have emboldened a new activist group in the diocese, Gaylord Diocesan Watch, which persists in requesting answers from Bp. Raica to so many perplexing answers.

The spokesman for the group, retired ophthalmologist Dr. Richard Brenz, issued a press release Feb. 19 about Lynch that indicates the whole mess is bigger than it looks, maybe bigger than Lynch and certainly bigger than one parish in Petoskey.

"A great deal has happened since last August at St. Francis that is causing the faithful to scratch their heads in wonderment at what was going on," Brenz said in the release, adding:

First we learned in December that Fr. Stilwell was accused of sexual harassment of a young priest half his age, Fr. Matthew Cowan; then, we discovered that Fr. Stilwell seems to have been enlisting people with notorious backgrounds to work in his parish going back at least eight years, all the while keeping silent about the history of these men. Today we are publicly questioning Bishop Raica's rationale for allowing Bishop Lynch to minister in Petoskey.

"While it is troubling that Bishop Raica never gave a formal response to Mr. Chittle about his complaint for more than two years, it is even more problematic that he so far has refused to address in any meaningful way publicly that Bp. Lynch was even problem at St. Francis or in the diocese," Brenz said.

"Our question to the bishop is simple," Brenz said. "What is it that occurred that caused you to forbid Lynch to minister in the diocese in January that was any different over the last many years when he was a celebrated figure by Fr. Stilwell?"

Brenz has never been much for public controversy and has never been in open opposition to his any parish pastor and certainly not his bishop, until now. He and his group are thinking maybe there should be some real communication between the bishop and the laity.

The faithful in this diocese are faced by major scandals that rip our parishes apart and the local bishop stands silent. We are troubled about the pattern of wrong-headed behavior we see from Fr. Dennis Stilwell and are beginning to wonder why Bishop Raica has kept someone with Stilwell's judgment as vicar general, which is the second-most-powerful position in the chancery for a priest. 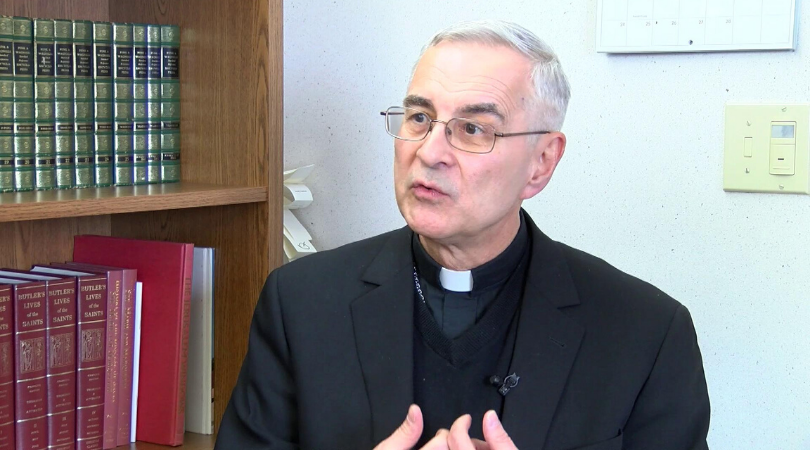