In Ciudad Juárez, murder rates dropped from 3,766 to only 256 in the space of five years

CIUDAD JUÁREZ, Mexico (ChurchMilitant.com) - An increase in adoration chapels in Mexico are reportedly leading to a stunning decline in crime rates. The change is most significant in Ciudad Juárez, one of the most dangerous cities in Mexico, where in the space of five years — from 2010–2015 — murder rates dropped from 3,766 to only 256.

One priest, Fr. Patricio Hilemen, credits this decline to the increase in eucharistic adoration. Charged with the establishment of adoration chapels in Latin America, he commented, "When a parish worships God day and night, the city is transformed."

In a 2013 interview with an Argentine Catholic radio station, Hileman said, "At that time 40 people a day were dying because two groups of drug traffickers were fighting against the city in order to move drugs to the United States."

In the space of five years, murder rates declined in Ciudad Juárez from 3,766 to only 256.
From 2008–2010, Ciudad Juárez was listed as one of the most dangerous cities in the world, but in 2017 is now safer than several American cities, including Baltimore and New Orleans.
Jorge Gonzalez Nicholas, a prosecutor from Ciudad Juárez, commented, "Juárez has suffered so much and been through so much pain. But the city is reviving: It's a symbol of what can be done. There is no other place in the world that has managed to turn itself around so quickly."
Free clip from CHURCH MILITANT premium
WATCH NOW

After the first chapel opened in Ciudad Juárez in 2013, murders went down so dramatically that people told Fr. Hileman about it.

"We made 10 chapels in a year," Fr. Hileman explained.

In February 2016, Pope Francis visited the formerly violence-prone city, and said during his speech at a local prison,

Let us together ask our God for the gift of conversion, the gift of tears, let us ask him to give us open hearts like the Ninevites, open to His call heard in the suffering faces of countless men and women. No more death! No more exploitation! There is always time to change, always a way out and always an opportunity; there is always the time to implore the mercy of God.

Eucharistic adoration has long been seen as a way to grow in intimacy with Jesus Christ, and the saints, popes and doctors of the Church have endorsed it for centuries.

In a world where there is so much noise, so much bewilderment, there is a need for silent adoration of Jesus concealed in the Host. Be assiduous in the prayer of adoration and teach it to the faithful. It is a source of comfort and light, particularly to those who are suffering.

Pope St. John Paul II remarked, "In this Sacrament of Love, Jesus Christ waits for us. Let us not fail to be generous in giving our time to Jesus in adoration, contemplating Him in faith, ready to make reparation for our own transgressions, large and small, and for the offenses of the world."

There is more sweetness in one hour of prayer before Jesus in the Blessed Sacrament than in all the world's crowded theaters, and brilliant drawing rooms, and giddy diversions, and social gatherings.

Throughout history, the saints of the Church have had intense devotion to the Blessed Sacrament, expressed through eucharistic adoration and frequent visits to the tabernacle.

Saint Gabriel Possenti, a member of the Passionist order, said, "There is more sweetness in one hour of prayer before Jesus in the Blessed Sacrament than in all the world's crowded theaters, and brilliant drawing rooms, and giddy diversions, and social gatherings."

Saint John Bosco, the great Italian saint who worked with troubled youth, also said, "Take refuge often at the feet of Jesus. My dear ones, the Visit to the Blessed Sacrament is an extremely necessary way to conquer the devil. Therefore, go often to visit Jesus and the devil will not come out victorious against you." 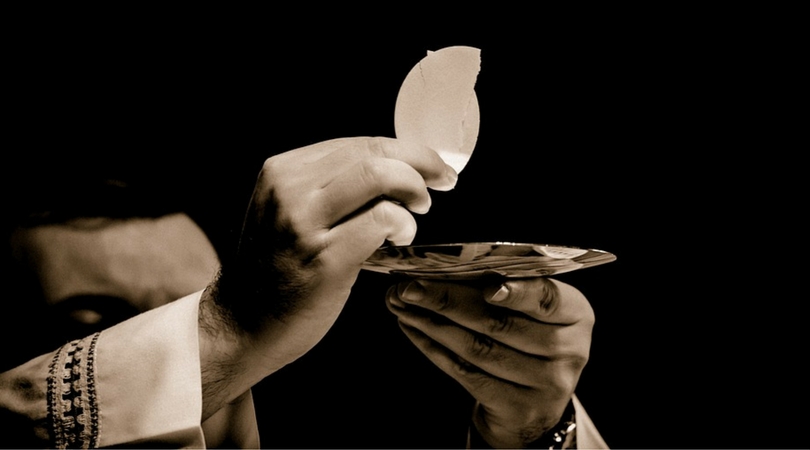 Three More Dioceses: No Communion for Divorced and Civilly Remarried
By Stefan Farrar   •   0 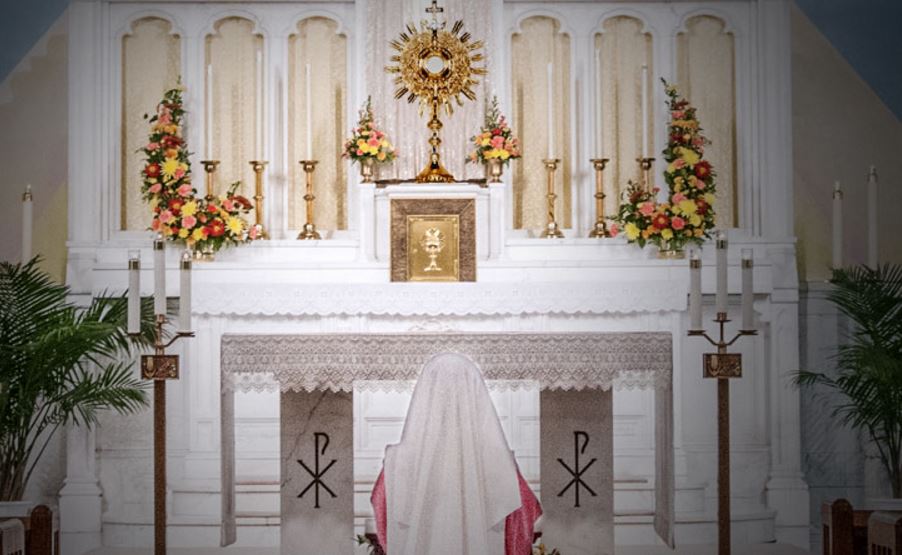