Parents are not only withholding money from collection baskets — but also their sons from priestly formation until bishops take effective action to root out homosexual predators from their seminaries.

Concerned parishioners in Bp. W. Francis Malooly's diocese of Wilmington, Delaware have started a petition called "A Cry From a Mother," which outlines their expectations. The petition was launched by a committee comprised of concerned Catholics earlier this month at St. Jude the Apostle Church in Lewes, Delaware. It demands that U.S. bishops do the following:

This petition garnered nearly 1,000 signatures after Masses at St. Jude's on Nov. 4. The petitioners presented it to Bp. Malooly, who promised to take it to the general assembly in Baltimore the following week. Through his spokesman, Malooly told committee members he agreed that the issue of homosexual clerics "needs further and frank discussion." A mother of two sons, who is a member of the committee, told Church Militant that her concerns are real.

"The mother angle is important," she said, "as we are gravely concerned about sending our sons to the seminaries."

Committee members framed their concerns in the petition using strong and clear language.

We, the laity, have had more than enough. Trust is irreparably lost. We, the laity, have children, grandchildren, and great-grandchildren whom we will not allow to be subject to your negligence and complicity. We will not sit back and allow our young sons to be bullied, harassed, or sexually abused at your predatory seminaries. Change is not an option. It is demanded.

Faithful Catholics believe a strong message needs to be sent to the hierarchy as the majority of U.S. bishops, as well as Vatican officials, are claiming that the clerical sex abuse crisis is only about the abuse of minors, which happened decades ago. The upcoming synod in February is, therefore, being orchestrated around this false notion of protecting minors and not about protecting young men from homosexual abuse in seminaries.

Watch the panel discuss the problem of bishops ignoring gay predation of seminarians in The Download—Adults Need Protection. 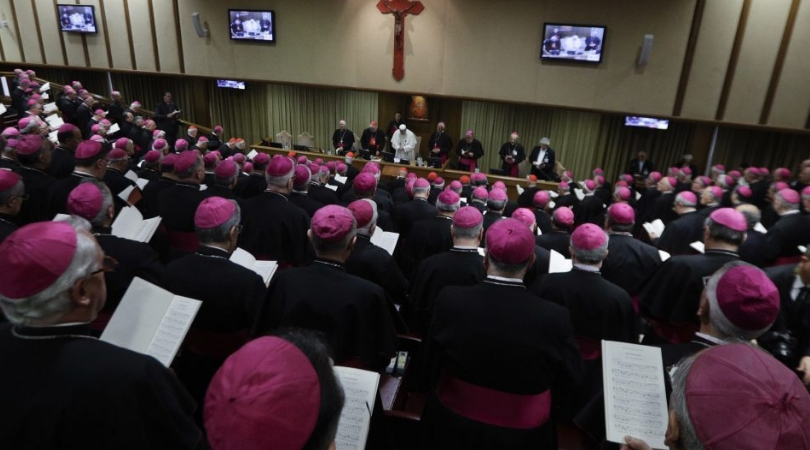