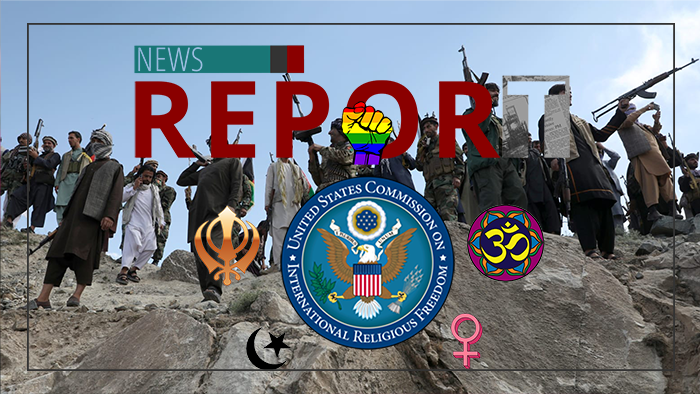 Democrats' primary focus remains on bankrupting America with their two so-called infrastructure bills approaching $5 trillion. Meanwhile, there's been zero accountability from top leadership on a whole range of issues, including the Afghanistan debacle. Church Militant's Trey Blanton tells how the danger to Christians in Afghanistan is simply not a priority.

Biden promoted his socialist agenda in Michigan on Tuesday. The fake Catholic noted our enemies are surpassing America. The United States Commission on International Religious Freedom (USCIRF) held a forum on Wednesday to address the result of America's failure in Afghanistan.

Nadine Maenza, USCIRF commissioner: "The Taliban's former head of religious police, now in charge of prisons, announced that executions and amputations would resume. The Taliban has intimidated, threatened and targeted leaders from religious minority communities."

But no information was given regarding threats to Christians because the focus was on Hindus, Sikhs, minority Muslims and the non-religious groups of women and LGBT. Top CIA officials report many assets who provide intelligence on foreign governments are being captured or killed at an alarming rate. The minimal U.S. presence in Afghanistan has resulted in a skewed collection of data.

Stuart Scheller, Marine lieutenant colonel: "Potentially all those people did die in vain if we don't have senior leaders that own up and raise their hand and say, 'We did not do this well in the end.'"

Colonel Scheller, who was arrested earlier this month for demanding accountability, was released from the brig yesterday, pending his trial.

So far, all those responsible for the chaos in Afghanistan remain in power, while the few who demand accountability are persecuted. The Taliban has supposedly made assurances the Sikh and Hindu communities will not be harmed. No such accommodations, however, have been made known for Christians.