KABUL, Afghanistan (ChurchMilitant.com) - Indian Jesuits trapped in Afghanistan are warning of a Taliban manhunt launched to track down Christian clergy and foreign aid workers in the country.

The Taliban "have the list of all organizations and their profiles" and "in some places they have started door-to-door inquiries about the personnel of the organization," Fr. Jerome Sequeira, S.J. wrote in a desperate message sent to a private WhatsApp group Monday.

Father Sequeira (Gujarat province) and Fr. Robert C. Rodrigues, S.J. (Karnataka province) have appealed for prayer as they seek to evade the Taliban dragnet and escape to India.

Sources in Kabul said several Christian workers and Afghan converts from Islam have already received letters from the Taliban stating: "We know where you are, and we know what you are doing. We are coming for you."

"All night they've been awake, texting each other, praying. They know," the sources said.

Christians in the Crosshairs

Dr. Martin Parsons, former aid worker to Afghanistan, told Church Militant the Indian Jesuits were in a far more precarious situation than their Western counterparts or the Indian Hindus and Sikhs currently in Afghanistan.

"Unlike Hindus and Sikhs, Christians are particularly vulnerable as Afghan society or the Afghan government has never recognized their existence," Parsons noted. "But since a July 2018 bomb attack, Hindus and Sikhs have also been forced to keep their faith out of public view."

On Tuesday, the Indian government evacuated diplomats and promised to help fleeing Sikhs and Hindus but did not offer assurances the Jesuits would be rescued on the C-17 Globemaster military transport aircraft kept on standby for evacuation missions.

We know where you are, and we know what you are doing. We are coming for you.

"We are in constant touch with representatives of Afghan Sikh and Hindu communities. We will facilitate repatriation to India of those who wish to leave Afghanistan," India's foreign ministry spokesman Arindam Bagchi said.

Parsons also warned that the Jesuits and other Christian workers were in monumental danger from the Taliban's threat to track down Christian workers as the jihadists were now "incredibly media-savvy" and were using the internet to full capacity.

On Monday, Jesuit Relief Services (JRS) deleted its webpages on all activity in Afghanistan detailing the location and work of Frs. Sequeira and Rodrigues.

Indian Jesuits have been serving in Herat, Bamyan, Daikundi and Kabul since 2004 setting up schools and training over 300 teachers and educating 25,000 boys and girls. The JRS has also helped internally displaced persons and returnees from neighboring countries.

During the COVID-19 outbreak, the Jesuits ran English-language lesson broadcasts from beginner to intermediate levels on Herat-AVA radio station to reach marginalized communities.

Unlike Hindus and Sikhs, Christians are particularly vulnerable.

Last month, anticipating the fall of Kabul, Sequeira stressed that priests would remain "committed to their cause" and focused on the "vision to reach out to the unreached, taking the road less traveled."

In his WhatsApp message, Sequeira said he had managed to reach the airport Monday morning despite the "Taliban taking control of the road as well as the airport."

The priest described his "terrifying experience" of having to "drag his luggage through a large crowd and vehicles in the road" with the Taliban "shooting in the air and trying to control the crowd."

"I managed to reach the second gate" but "thousands of people had already managed to enter the airport building" with the entire airport staff abandoning the place and people getting into planes "without any security check and boarding passes," he wrote.

Sequeira said Rodrigues had managed to board a United Nations flight from Bamiyan to Kabul International Airport, but the 25-minute flight could not land as "the situation changed so dramatically" and "the entire airport security personnel just abandoned the airport."

Father Rodrigues was safe and JRS was attempting "to find possible ways to evacuate him from Bamiyan to Kabul through the help of U.N. agencies," Sequeira said, adding:

JRS has suspended all activities for an indefinite period, and all are hibernating in their homes or communities. All flights are canceled, and it all depends on the agreement between U.N. bodies and the Taliban. The entire JRS body is putting forth all efforts for evacuating me and Robert. For the moment, I am safe.

Both left- and right-wing media united to condemn U.S. president Joe Biden for the Afghanistan fiasco.

"Biden's announcement that all American troops will be out of Afghanistan by Sept. 11 this year is the right decision, one that conforms to the fundamental principle of the just war theory that you should not fight an unwinnable war," Jesuit Fr. Thomas Reese wrote.

"It is simply unconscionable that Americans should send our fellow citizens — our sons and daughters — to fight and die in a decades-long war while the rest of us enjoy the luxury of not needing to bother with it," chief editor of Jesuit America magazine Fr. Matt Malone, S.J. observed, skirting over Biden's failure.

"I pray that @JoeBiden, in light of the catastrophic failures of multiple administrations in Afghanistan, does the moral thing and accepts as many Afghan refugees as possible," homosexualist Jesuit Fr. James Martin tweeted.

On Sunday, after his Angelus address, Pope Francis asked everyone to unite in praying for Afghanistan to "the God of peace so that the clamor of weapons might cease and solutions can be found at the table of dialogue."

In comments to Church Militant, renowned Islamic scholar and Middle East historian Robert Spencer pointed to the catastrophic failures of Biden and Pope Francis regarding Afghanistan:

If the Human Fraternity document that Pope Francis agreed to with al-Azhar's Grand Imam Ahmed al-Tayyeb had any importance at all, the tiny community of Christians in Afghanistan would have nothing to worry about from a Taliban takeover. But it doesn't, and they do. Grand Imam Al-Tayyeb took Pope Francis for a ride.

Taliban militants abducted JRS coordinator Fr. Alexis Prem Kumar, S.J. in June 2014 while the priest was visiting a school in Herat province. The Jesuit was released in February 2015.

Jesuit links with Afghanistan go back to the 16th century. In 1581, Mughal Emperor Akbar took along a Jesuit priest from Agra in northern India to Kabul. 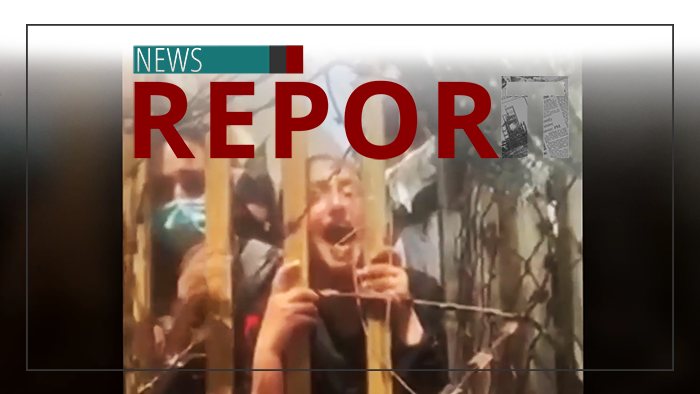