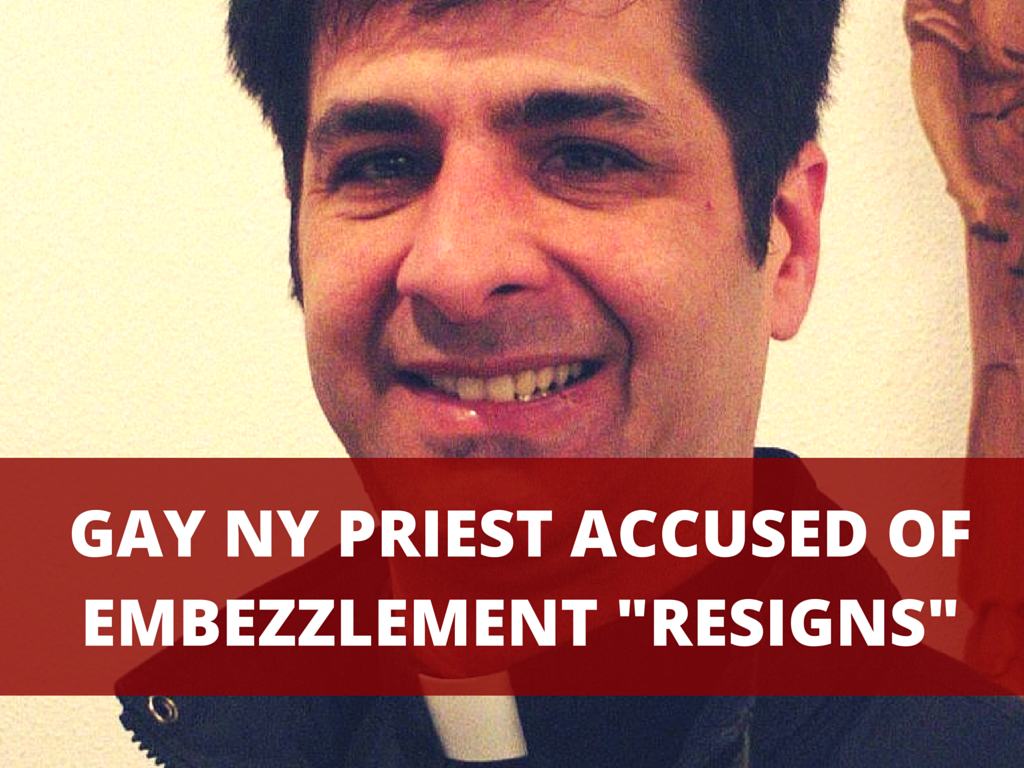 "I have made the decision to step aside from my position as pastor of this parish ..."

BRONX (ChurchMilitant.com) - Following intense media scrutiny over the last 48 hours, including from ChurchMilitant.com, Fr. Peter Miqueli — the New York pastor being sued over allegedly embezzling more than $1 million to fund his perverted sex life — has resigned.

The announcement came this evening at 5:00 p.m. EST as Fr. Miqueli read a prepared statement outside of St. Francis de Chantal parish in Throggs Neck, New York. "I have made the decision to step aside from my position as pastor of this parish while this unfortunate and regrettable situation is investigated ... ." 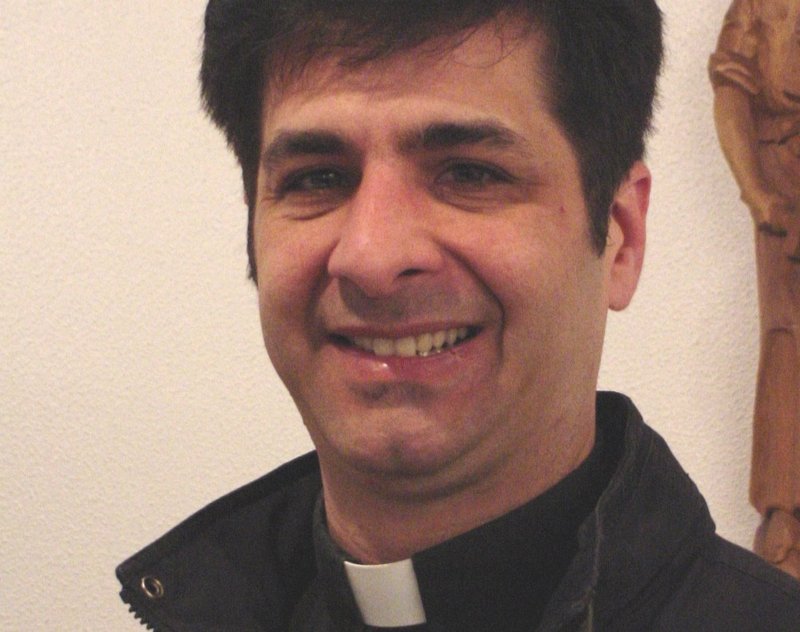 Father Miqueli insisted that he is "not guilty of the charges" documented in the 40-page lawsuit filed Thursday by attorney Michael Dowd on behalf of parishioners at St. Frances de Chantal.

The lawsuit also charges the archdiocese of New York and Cdl. Timothy Dolan with knowledge of these embezzlement crimes while they were occurring.

Miqueli concluded by saying, "It is in the best interests of the parish that this matter be resolved without me serving as your pastor," and that "Cdl. Dolan has graciously given me permission to [resign]."

Earlier today, Cdl. Dolan admitted he's known for some time about the allegations of drug-fueled sex romps and theft by Fr. Miqueli and that the priest has been cooperating with the archdiocese. But parishioners who have spoken with ChurchMilitant.com claim Dolan is "backpedaling."

Speaking at a Catholic Charities event Saturday, Dolan acknowledged he saw the explicit content in emails detailing Miqueli's sexual shenanigans. "You bet I saw it. You bet I saw it," he said.

The emails in question, turned over by Tatyana Gudin, jilted lover of Miqueli's sex partner Keith Crist, detail perverse sex acts involving drinking Crist's urine and calling Crist "Master" (details of emails here; warning: graphic content). Gudin says she turned over the emails to Cdl. Dolan, who then requested she visit his office with all the information. Dolan claims that she failed to appear, and he then turned over the emails to the D.A.

But according to Gudin, she had initially agreed to meet with Dolan, but canceled after an archdiocesan lawyer forbade a parishioner plaintiff to accompany her. "Basically he wanted me to turn over the smut so they could continue the cover-up," she said. 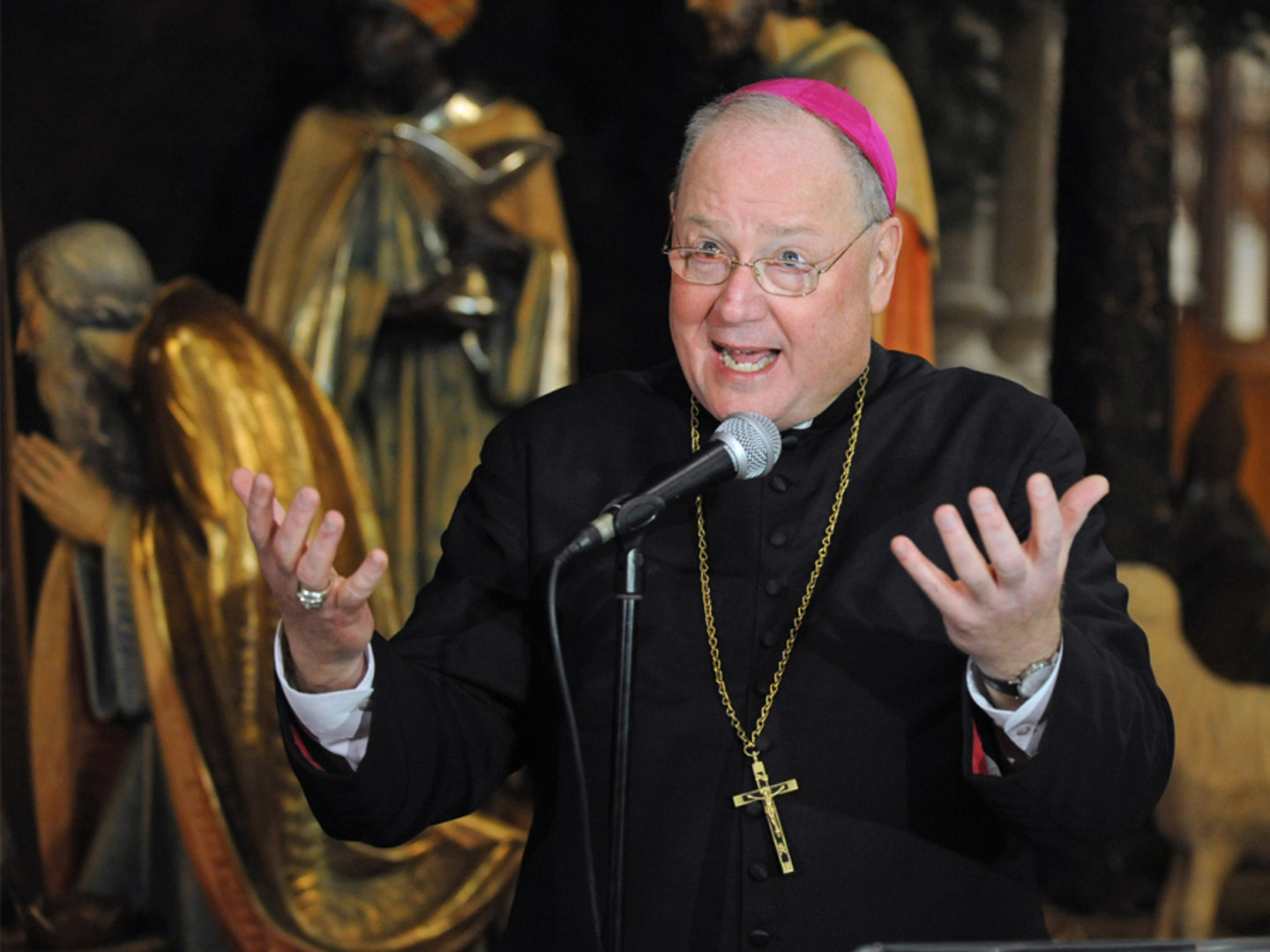 Dolan said Saturday, "What distresses me, I think, are the innuendo that the archdiocese is taking this with anything less than the gravity it deserves. We've been cooperating with these people. We've had a number of audits. And we're prepared to arrive at a resolution within the first of the year."

But parishioners of St. Frances de Chantal tell a different story. According to one parishioner who spoke with ChurchMilitant.com, "He's backpedaling. That letter from Zwilling [archdiocesan communications director] was a line in the sand. Now that Dolan's been approached, he seems to be [saying,] 'Oh, we love the people in Throggs Neck, we're so happy with what they're doing, it's great for them to do this."

Zwilling claims they "have not found anything that would confirm or substantiate the allegations raised."

Parishioners say they've been lodging complaints against Fr. Miqueli for at least two years, even setting up a public website and Facebook page detailing his misdeeds (which include skimming from parish donations to the tune of more than $1 million, with Keith Crist a willing participant in the embezzlement scheme). The parishioners' pleading more often than not was met with silence.

In spite of the faithful's repeated requests over 18 months that the archdiocese take action, Cdl. Dolan allowed Fr. Miqueli to continue in active ministry. The only substantive response parishioners had received up to the resignation of Fr. Miqueli was an audit of the parish ordered in August by Cdl. Dolan, which, according to parishioners, had accomplished nothing.

Dolan claims he's found "some sloppiness" in parish finances, but thus far "I found no evidence at all of embezzlement." The lawsuit, however, filed Thursday, claims it has proof of extensive financial misdealings by Fr. Miqueli and Crist, who not only embezzled money from the parish, but "attempted to cover up their diversion [of funds] by destroying financial records."

Dolan claims Miqueli is "as eager as anybody to see the truth come out. If the truth comes out and it hurts him, his priesthood is obviously over. But I'm hoping that's not the case."

Stay tuned to ChurchMilitant.com as the story continues to develop.