A cell phone video from China that made its way to international media on Oct. 25 shows a jackhammer demolishing the edifice of Our Lady of Bliss Shrine.

A similar video from Shanxi province shows government workers using a crane to remove an angel statue from Our Lady of the Seven Sorrows.

Sources told AsiaNews that authorities destroyed the two Marian shrines for having too many Christian symbols — like crosses and statues — as part of the Communist regime's ongoing "sinicization" program.

Sinicization means making things more in-line with traditional Chinese culture, as defined by the government. It has led to the practical looting of some Catholic parishes, with government officials ordering the destruction of crosses, crucifixes and statues of saints.

The cross, according to China's Communists, is a symbol of a foreign religion. They argue that prominent displays of the cross are a threat to Chinese culture. At the very least, the cross contradicts the country's official atheism.

In China, there is an "underground" Catholic Church headed by secretive Vatican-approved bishops and a "patriotic" Church with illicit bishops appointed by Communist authorities.

Both the underground Catholics and the government-approved Church made use of these two Marian shrines.

News of the shrines' destruction comes after a recent deal in which the Vatican gave China's Communist government permission to appoint bishops over both the underground Church and the government-approved Church. Vatican officials did this, they claim, because they wanted reconcile the two halves of the Catholic Church in China.

But the persecution and suppression of Catholics in China has only increased since Beijing and Rome began discussing an agreement near the beginning of this year.

In February, Abp. Marcelo Sanchez Sorondo, the chancellor of the Pontifical Academy of Social Sciences, praised the state of affairs in China following a visit there, saying, "Right now, those who are best implementing the social doctrine of the Church are the Chinese."

Cardinal Joseph Zen, China's highest-ranking Catholic prelate, has been highly critical of the China-Vatican talks for months now. In February, Cdl. Zen called the negotiations a "bad deal," "suicide" and "a shameless surrender."

The cardinal also warned the Holy See, "You're putting wolves before your flock, and they are going to make a massacre."

You're putting wolves before your flock, and they are going to make a massacre.

Also in February, a coalition of Chinese Catholics signed a petition to Pope Francis, asking him to roll back the then-rumored plans to strike a deal with Communist leaders.

The text of the petition cites the Holy Father's expressions of compassion for persecuted Christians.

"We believe that persecution of Christians in China also pains His Holiness," it states. "Therefore, we urge that any agreement must be grounded in the protection of religious freedom and an end to religious persecution."

The appeal was put together by a coalition of 15 lay Catholics originally from China — many of them living in Hong Kong.

The document from February argues that "the seven illicitly ordained 'bishops' were not appointed by the pope, and their moral integrity is questionable. They do not have the trust of the faithful and have never repented publicly."

It also states, "If they were to be recognized as legitimate, the faithful in greater China would be plunged into confusion and pain, and schism would be created in the Church in China." 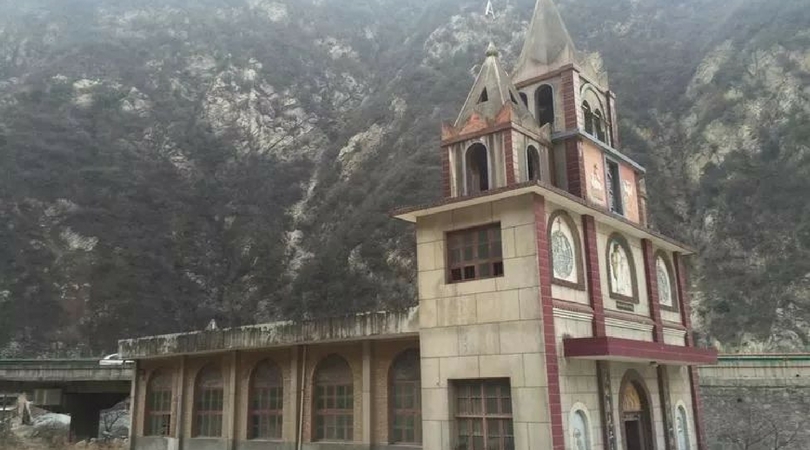 China Levels Only Catholic Church in Zhifang
By Alexander Slavsky   •   0