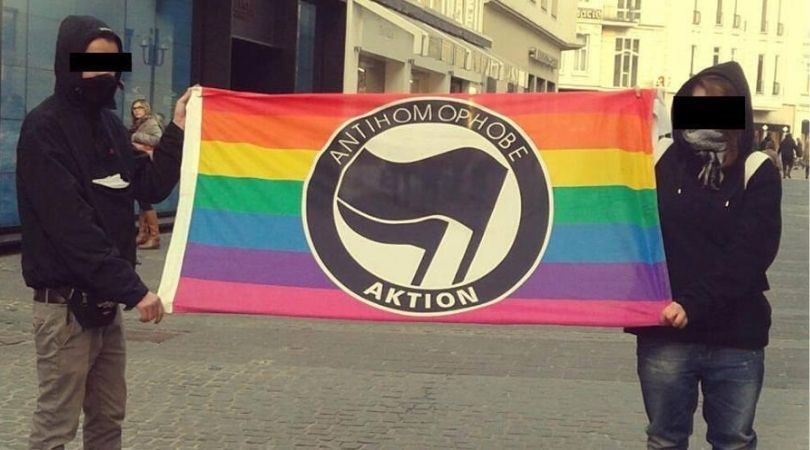 On June 23, the Renton Public Library in the Seattle, Washington, area held a "Teen Pride" event billed as "The most rainbow filled fun you can imagine!"

The library advertised this event as suitable for "teens and tweens," meaning children and young adults aged 9 to 19. In addition to "safer sex presentations," the event includes "advice panels," "free swag" and a "free binder raffle."

Three women looking to protest the event learned the teen pride organizers planned a counter-protest, so they decided to attend the event instead.

One of the women, Lynn Meagher, told PJ Media, "So we are intending to go on the record and expose what they're doing because we don't think that anyone should be doing this in a public arena with children."

She explained that they didn't harass or talk to the participants: "I saw kids that looked like they were ten," and they were asking confused questions about the explicit materials.

Meagher and the other women took photos of those materials that were at a table sponsored by Planned Parenthood. [warning: explicit]

Some of the "free swag" photographed at the event were flavored condoms — complete with how-to guides, lubrication and a chance to enter a raffle to win a $50 gift card for chest binders for "8 winners."

Meagher said she was most horrified at the chest binder raffle, saying there are "so many documented harms to girls that bind. It was just unconscionable to me that they were doing this."

One study found that nearly all girls who bind will have at least one negative side effect. Some of the most common are back and shoulder pain, overheating, chest pain, shortness of breath, numbness, bad posture, lightheadedness, inflamed and fractured ribs and blood clots that could result in a heart attack.

Meagher spoke to library staff about the chest binder raffle, who dismissed her concerns by saying they "just trust families to work out" how old the girls should be to get the binders.

Meagher said in frustration, "It's not their problem if your daughter wants to go to the library and get a binder without your knowledge."

She continued, "And then she kind of looked at me and started to identify me as a not friendly person."

A little while later, the police came to forcibly escort Meagher and one other mom out. After she refused to leave, two officers grabbed her arms, pulling her out of a chair and pushing her out of the library.

When she questioned their reason for poking her arm and hurting her, one said, "You could walk faster."

Once outside, Meagher and the other mom were told they had committed criminal trespassing but they wouldn't be charged.

As they were leaving, Meagher said four men surrounded them "who behaved in a threatening way to us." They took their pictures, filmed them, their cars and license plates and posted them on social media asking for members to help identify them.

Meagher said the men told them "we were haters and we were fascists. They were closing in on us and trying to be really threatening. We were just standing there, three moms, praying."

"We ended up having to call 911 to have the police help us get to our vehicles safely," Meagher said.

In at least two events, convicted sex offenders have been allowed access to children.

Around the time of the event, Emerald City Antifa tweeted calls for members to show up at the library, noting, "Right wing trash def planning to be there."

Later tweets accused the mothers of "live streaming kids trying to use the bathroom," a claim that Meagher said "is utterly false and a defamation of character."

What has come to light in recent reports is that the LGBT indoctrination at these drag queen events is intentional and institutionalized in the American Library Association (ALA) through various offices within the organization.

These offices and committees provide resources and help for local LGBT activist groups to promote acceptance of the gay lifestyle.

The ALA's own blog published a post on how to be a "secret librarian advocate operative" and suggested inviting secular humanist groups to help distort children's natural view of sexuality and gender.

It even suggested sneaking gay messages into traditional stories.

Local library officials in charge of drag queen events have admitted they did not do background checks on the drag queen performers. In at least two events, convicted sex offenders have been allowed access to children.

In Houston, Texas, two convicted sex offenders were allowed access to children. Alberto Garza who performs as Tatiana Mala-Nina assaulted an 8-year-old boy, and William Travis Dees, who performs as Liza Lott, was labeled as a "high risk" offender for his assaults of four children aged 4, 5, 6 and 8.

In Delaware, Ohio, Melissa Ackison, a Republican candidate for U.S. Senate, caught the Delaware Library director, George Needham, admitting that their "Drag 101" event, a how-to drag class, wasn't about art and theater but "about sexual questioning."

Outrage from the community caused the library to cancel the event but a statement from the library claimed that it was due to "safety concerns."

A number of citizens groups are starting to fight back against drag queen events.

Personhood Alliance partnered with LifeSiteNews and using their LifePetitions platform, are asking the ALA to "immediately STOP" its promotion of drag queen events, calling them, "outrageous, dangerous and abusive activity in America's libraries."

They added, "This petition is being CC'ed to President Trump and to members of Congress, with a view to reducing your funding."

In the past decade, the ALA has received over $20 million in federal grants.

As of this report, over 33,000 people have signed the petition.

The King Country Library System in the Seattle area is holding two more gay pride month events: a pride craft on Friday and a Drag Queen Story Hour on Saturday.

The Library board is meeting on Wednesday, and Antifa supporters are expected to be there to counter the conservatives' message. 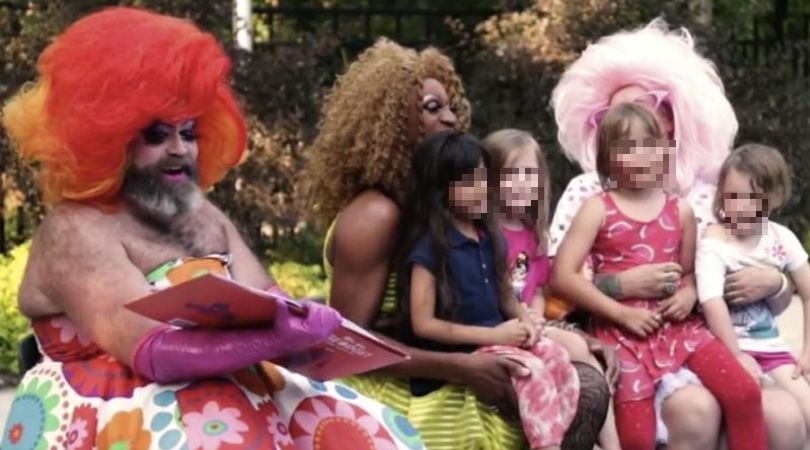 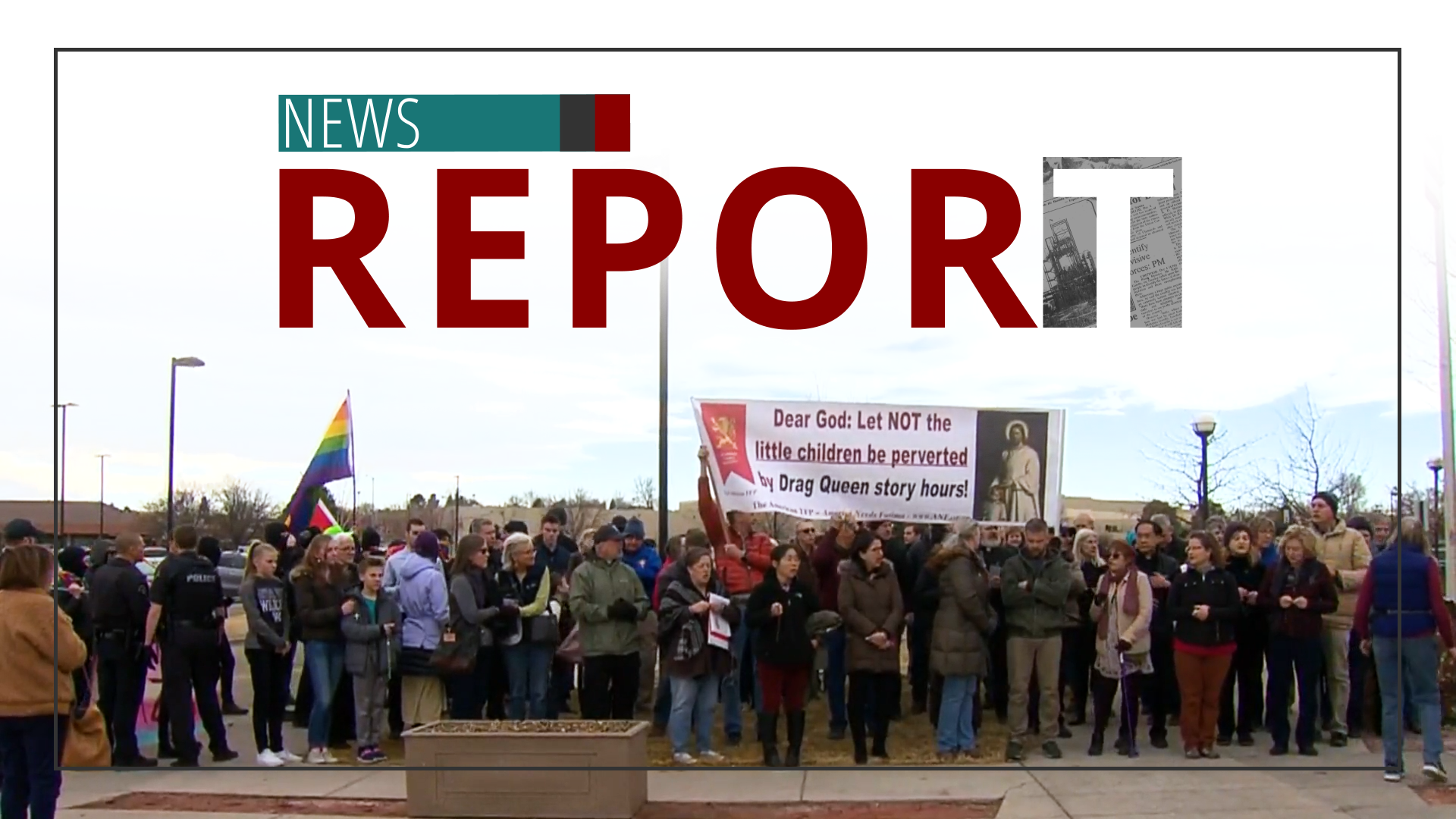