MOBILE, Ala. (ChurchMilitant.com) - In a deal that has parishioners livid, a historic church in Alabama was closed, sold and gutted before parishioners even had a chance to appeal the closure — all in an attempt by the bishop to get at a $2 million endowment.

Saint Joseph Church has been active in the heart of Mobile since it was built in 1858. Originally a Jesuit mission, the order served the parish until 2009, when Msgr. Michael Farmer, who was also the pastor of the Cathedral-Basilica of the Immaculate Conception and the vicar general of the archdiocese of Mobile, began serving the parish.

Church Militant was contacted by parishioners outraged after Abp. Thomas Rodi "sold the parish out from under them" and made off with their historic artifacts and endowment fund worth over $2.4 million. (They asked that their names not be used for fear of reprisals.)

Church Militant obtained parish financial records showing the endowment fund was well over $2 million. The parish had been functioning in the black with almost $80,000 in income over expenses before the archbishop decided to shut it down.

After Msgr. Farmer took over leadership of the parish in 2009, the parish finance council stopped functioning as did the annual financial reports given to parishioners.

In 2011, Msgr. Farmer was transferred to Rome and Msgr. Stephen Martin was assigned to St. Joseph. According to the 2011 annual report, the total assets of the church were over $2.4 million.

Financial records from the Joseph N. Langan Charitable Trust show that St. Joseph had received over $193,000 from the years between 2001 and 2015. The parish was receiving an average of about $14,000 per year even after the merger with the cathedral parish.

One parishioner confirmed that the Langans were long-time parishioners and were contributing to the endowment fund. They added that they have been unable to obtain the church records over the years to verify how the endowments were set up.

Over the years, parishioners enlisted the help of two canon law experts and started two Facebook pages, Friends of St. Joseph's Church on Springhill Ave and Denounce Archbishop Rodi, dedicated to exposing how Abp. Rodi and the diocese hindered them from saving their church.

Their claim is that Abp. Rodi and their pastor, Msgr. Farmer, failed to produce documentation that ultimately denied them the opportunity to appeal the closure of the church, which is within their canonical rights.

According to canon law expert Brody Hale, the 2013 "Letter from the Congregation for the Clergy and Procedural Guidelines for the Modification of Parishes and the Closure, Relegation and Alienation of Churches" says the process to close a church is lengthy and there must be a grave reason to do so. He also clarified that the closing of a church is a separate process aside from merging or closing parishes.

A general diocesan plan to reduce the number of churches, a decrease in the number of parishioners, or a desire for unity in merged parishes are not considered grave enough reasons to warrant closure.

Hale said there are only two reasons considered grave enough to close a church. If it is damaged beyond repair — not that it is too expensive to repair, but that it can not be repaired — or there are no available funds, from any source, to maintain the church.

"These rules are often ignored by the bishops," Hale said.

Lack of funding is even harder to prove when there is an endowment for the upkeep of the church, such as at St. Joseph.

In May 2014, Abp. Rodi transferred ownership of the church from the Jesuits to himself, and in April 2017, Abp. Rodi issued a decree to merge the parishes of St. Joseph with the cathedral parish. Within days of the announcement of the parish merger, a parishioner requested to see the parish merger decree, since canon law requires that it be made public.

In a letter to a parishioner dated March 29, 2017, obtained by Church Militant, Abp. Rodi acknowledged receiving the request for the decree to merge the parishes but refused to provide a copy, saying, "A decree, however, will give you no more information than what was presented by Msgr. Farmer."

On March 23, 2017, the announcement was made to St. Joseph parishioners that their church was closing and all of the church's historic artwork would be stripped and used for the new St. Ignatius Church they were building.

At the meeting, the pastor of St. Ignatius Church, Fr. Bry Shields, said, "St. Ignatius is the best and deserves to look like it."

According to Hale, Abp. Rodi was to issue a decree of relegation to profane but not sordid use in order to close the church building — even after the parish has been closed. Saint Joseph parishioners would then have 10 days to appeal to the Vatican.

During the time that it takes for the Congregation for the Clergy to respond — from three months to over a year — the proceedings stopped. The sale should not go through.

On Feb. 2–19, two other parishioners even attempted to file a petition for canonical recourse against the decree directly to chancery staff. They recorded their conversations and posted them on the Denounce Archbishop Rodi Facebook page.

In response to Church Militant's request for the decree and explanation of what happened to the endowment fund, Msgr. Farmer said:

Monsignor Farmer also attached a link to three articles published in the diocesan newspaper, the Catholic Week, after St. Joseph Parish was closed but not a copy of the decree.

Hale said this is this statement is more condemning than the letter Abp. Rodi wrote to the parishioner in 2017 and strongly indicates they did not publish a decree before the sale of the church.

Monsignor Farmer confused the closing of the parish with the sale of St. Joseph Church and "his own words convicted him of violating parishioners' right and by association, Abp. Rodi," Hale explained.

According to Hale, this pattern of behavior "is evidence of proper canonical practices not being followed by the archdiocese of Mobile."

These are "extremely serious violations of canon law" because the decree controls the time that appeals can be made, he added.

Archbishop Rodi would be personally responsible for desecrating a church in his diocese.

He said Abp. Rodi "gave misleading statements of the importance of the decree" and noted that if the decree was not issued, St. Joseph Church could still be considered sacred space and the deconstruction is the desecration of a sacred space.

Archbishop Rodi would be personally responsible for desecrating a church in his diocese and for allowing all of the workers dismantling the church to participate in a serious sin without their knowledge of it.

The guidelines to close a church state that it is preferred that a church remains as a sacred space and offers several suggestions to keep it as such. Revamping the space for profane use is the least preferred option.

"Under no circumstances can the edifice be alienated for use inconsistent with its inherent dignity as a former church," it adds with the warning, "Altars do not lose their dedication with the church and can never be turned over to profane use for any reason."

This is not the first time Abp. Rodi has infuriated parishioners by violating canonical procedure in closing a church.

In 2012, while then-Bp. Rodi was the head of the diocese of Biloxi, Mississippi, he was sued by 157 former parishioners of St. Paul Catholic Church in Pass Christian who were disputing that the church was beyond repair after Hurricane Katrina in 2005.

The parishioners claimed the structure of the church was sound, many of the sacred artifacts were unharmed and the repairs would only cost $2.5 million to complete. The diocese claimed the church and its most sacred places were "destroyed in large part."

About a year later, Bp. Rodi announced he was closing St. Paul Church owing to a priest shortage, also claiming that St. Paul was located in a flood zone. The donations were not returned, and parishioners claimed they were intentionally misled about what the plans were for the money.

Ultimately, the lawsuit was dismissed based on the diocese's claim that the court lacked jurisdiction over church autonomy and claimed this was an internal dispute.

On Jan. 14, 2018, St. Joseph Church held its final Mass. On Sunday, Feb. 3 of this year, the church was sold to 24/7 Partners and Developers for $650,000. Deconstruction of the church started almost immediately, as the plans for turning the church into office space were finalized on Feb. 19.

Saint Joseph parishioners, with the help of Hale, will be filing a petition for canonical recourse against Abp. Rodi's decree in the coming days. They will be suggesting that Abp. Rodi is removed from office for "extreme dereliction in his duties" and asking for an apostolic visitation for the entire archdiocese of Mobile.

As for the endowment fund, Hale said questions about the legal transfer would have to be determined in civil court and would depend on how the actual trust was worded.

Hale said, "It will be very curious to see how this unfolds." 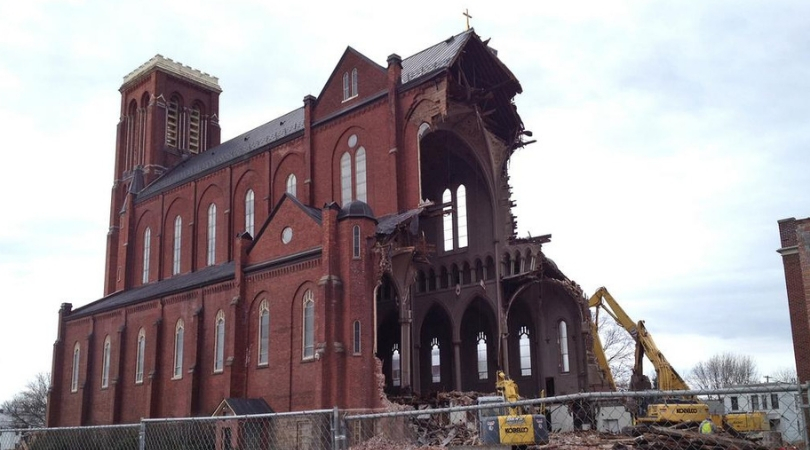 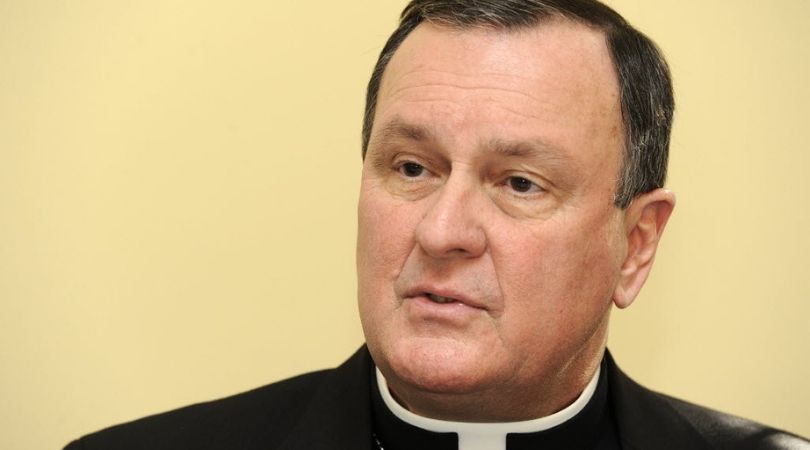 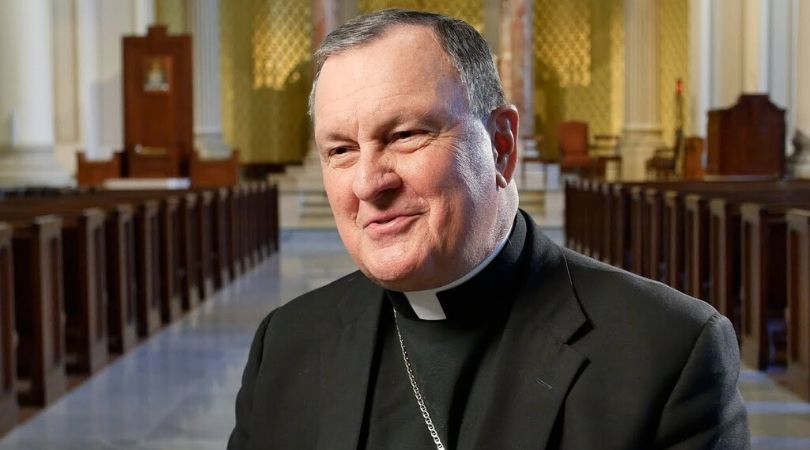