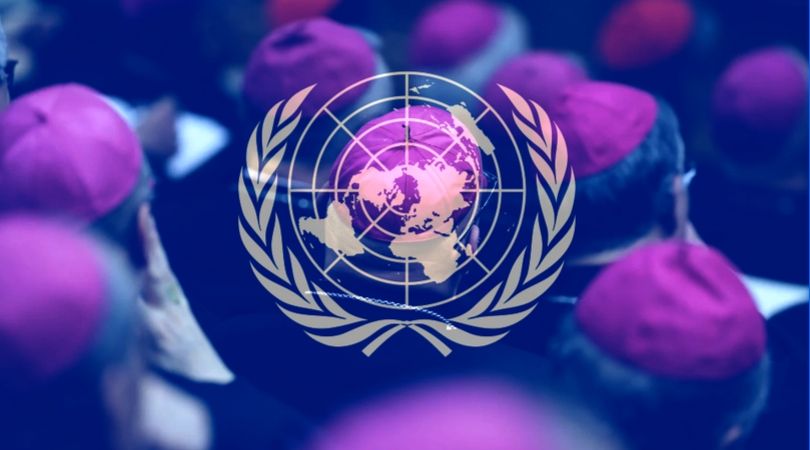 VATICAN CITY (ChurchMilitant.com) - The upcoming Amazon Synod on Oct. 6–27 will include a number of laypersons who publicly oppose Church teachings on birth control, abortion and other topics.

High on the list of official roles for the synod is Paolo Ruffini, prefect for the Vatican's Dicastery for Communications, who will serve as the president of the synod's information commission.

Ruffini defended the Vatican's lack of transparency in 2018 when the names of members of the "small circles" for the Synod on the Youth — the discussion-based small groups consisting of synod fathers and other synod participants ― were withheld from the public.

At the time, Ruffini explained that the decision stemmed from a desire "to not transform the synod into a debate about 'who said what,' but to tell it for what it is: a communal reflection of the Church."

Of the 12 special guests, 10 are laymen. Three of those laymen have taken strong public stands that contradict Catholic Church teachings on a host of topics, including birth control and abortion.

To be truly transformative, the post-2015 development agenda must prioritize gender equality and women's empowerment.

Ban Ki-moon is the former secretary general of the United Nations who asked governments to include abortion and so-called LGBT rights to realize the objectives of the "Sustainable Development Goals," a 15-year U.N. development plan adopted by the General Assembly in 2015.

At the 2015 "Women in Power and Decision-making: Making a World of Difference" conference, Ki-moon said: "We must work together to empower women and expand opportunities in politics, business and beyond."

It is my firm conviction that women must be at the decision-making table at all levels. We all must do our part to break the glass ceilings and open the doors of opportunity. To be truly transformative, the post-2015 development agenda must prioritize gender equality and women's empowerment. Women's voices and full participation is central.

Jeffrey Sachs, professor of sustainable development at the Center for Sustainable Development at Columbia University, is a strong advocate of birth control and abortion.

In his 2008 book Common Wealth: Economics for a Crowded Planet, Sachs discussed the importance of legalized abortion for the economy.

He wrote that legalized abortion allows for a "lower-distress and lower-cost possibility" than having "unwanted early life."

The "legalization of abortion reduces a country's entire fertility rate vastly, by as much as half fairly of one on average," a reduction Sachs praised.

Sachs also wrote Investing in Development in 2005 for the U.N.'s Millennium Project, an initiative that focused on reducing poverty, illiteracy, environmental degradation and discrimination against women (mostly referring to birth control and abortion).

In the book (p. 82), Sachs advocates for birth control and abortion: "Of those deaths [annual maternal mortalities], around 68,000 are due to unsafe abortion, a sign of the need for better access to higher quality family planning services, [birth control] to prevent unwanted pregnancies and (where permitted by law) to safe abortion services."

Hans Schellnhuber, professor of atmospheric physics and emeritus director of the Potsdam Institute for Climate Impact Research, participated in the Vatican's rollout of the Pope's encyclical on the environment, Laudato Si', in 2015, is a staunch believer in man-made climate change and human overpopulation of the planet.

If you want to reduce human population, there are wonderful means: Improve the education of girls and young women.

These beliefs have led Schellnhuber to conclude that humanity needs to reduce its numbers for the sake of the planet.

When critics challenged Schellnhuber's assertion, he accused them of lying:

[It's] a complete lie. You can go back to the original lecture. I gave it in Copenhagen. I know there are some vicious people who try to discredit you. I have never spoken in favor of population control measures. What I said in Copenhagen in 2009 was about the carrying capacity of the earth. There have been estimates since the 1700s on how many people in the earth can you carry, so to speak. This number goes up and down, and some say 10 billion, others 100 billion, some just 100 million.

In a 2015 interview with Edward Pentin, a Vatican reporter, Schellnhuber laid out his plan for reducing the earth's human population:

If you want to reduce human population, there are wonderful means: Improve the education of girls and young women [regarding birth control]. Then the demographic transition will be a little bit faster and, as Cardinal Turkson said, you will enhance human capital and have emancipation of many people on earth. So I subscribe to a good education, and that's the only way of population strategy I would support.

In the same interview, Schellnhuber responded to anybody challenging his views on climate change with an appeal to his credentials: "Are the [critics] maybe chemists? I'm a physicist by training and I've worked on fundamental physics for a long time. I'm also a mathematician."