Comes as Italian hospital is arranging for his transport from England

LIVERPOOL, England (ChurchMilitant.com) - A sick British infant is still breathing after his breathing tube was removed more than 12 hours ago.

Alfie Evans, the 23-month-old child with a rare degenerative neurological condition, was taken off his ventilator on Monday at 9:17 p.m. GMT. Since then, Alfie's father, Tom Evans, told reporters on Wednesday in a press conference at Alder Hey in Liverpool, England, that his son "now has oxygen."

Kate James, Alfie's mother, posted two photos on Facebook with the caption: "Alfie has been allowed oxygen and water!! How amazing is he? No matter what happens, he has already proved these doctors wrong. How beautiful does he look."

She continued, "A common sense approach must now be for Mr. Justice Hayden to discharge all the court orders which detain Alfie and seek to end his life in Alder Hey and give him the chance to be treated and looked after in Italy. ... Alfie's best interests would be served by allowing him to travel to Italy."

Many U.K. doctors and the Medical Ethics Alliance penned a letter condemning the "treatment and care offered to Alfie Evans" and the "stripp[ing] of [the parents'] right to be decision makers for their beloved child," saying, "Actions such as these have now brought the Alder Hey Hospital to worldwide attention and by extension bring our whole profession into disrepute."

Following the ECHR decision, "Alfie's Army" protesters gathered outside Alder Hey and chanted: "Save Alfie Evans." The people blocked the road temporarily and about a dozen tried to enter the hospital before police prevented access.

Pope Francis also tweeted his continued support for the family on Monday, saying, "Moved by the prayers and immense solidarity shown little Alfie Evans, I renew my appeal that the suffering of his parents may be heard and that their desire to seek new forms of treatment may be granted."

Moved by the prayers and immense solidarity shown little Alfie Evans, I renew my appeal that the suffering of his parents may be heard and that their desire to seek new forms of treatment may be granted.

Tom Evans met in a private audience with the Holy Father last Wednesday "to plea for asylum" and to "bring him, here, to Italy at Bambin Gesu where we know he is safe and he will not be euthanized."

"When Alfie shows me and his mum any sign of suffering or dying, we will enjoy every last moment with him, but Alfie has not yet shown us he is ready to go, so we continue to fight just as he shows us to," said Evans to Pope Francis. "If Your Holiness helps our child, Your Holiness will be potentially saving the future for our children in the United Kingdom, especially the disabled."

Following the meeting, the pope entrusted Italian Bp. Francesco Cavina of Carpi to preserve relations between the Vatican's Secretariat of State and the family, "so that all initiatives be taken to transfer the child to the Bambino Gesù in Rome."

To sign a petition supporting Alfie Evans, click here. (You must be either a British citizen or a U.K. resident) 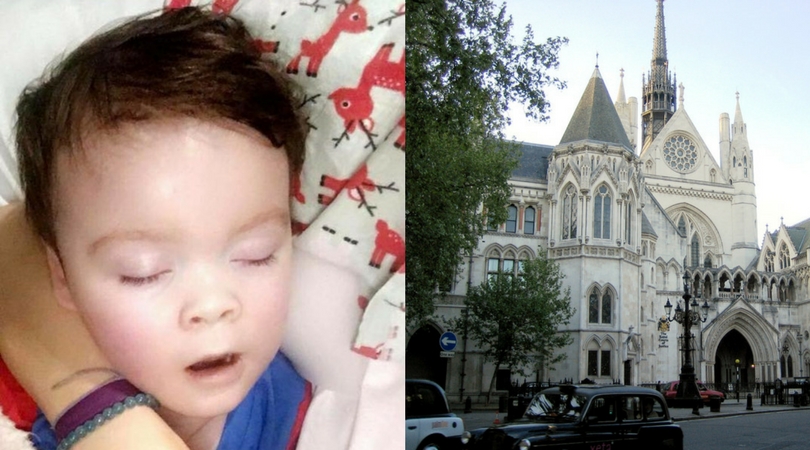