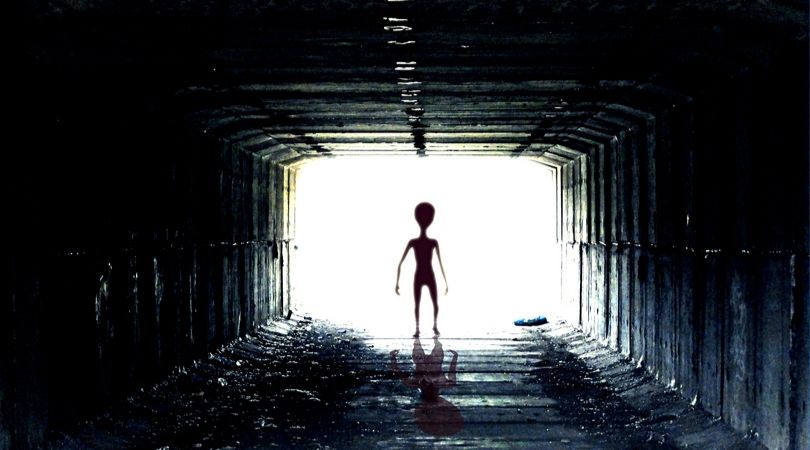 A contradiction of Catholic theology

Argentine Jesuit and astronomer Fr. José Gabriel Funes, the former director of the Vatican Observatory, has long speculated on the existence of intelligent extraterrestrial life, which he erroneously thinks can be reconciled with the Catholic faith.

Funes recently spoke on this topic with Catholic News Service.

Interest in searching for extraterrestrial life or intelligence "reflects very deep human issues that are important for us," making people think about "who we are," he said.

"We have to become alien somehow," stepping outside oneself "in order to understand better who human beings are," Funes added.

We have to become alien somehow.

In an interview titled "The Extraterrestrial Is My Brother" published in L'Osservatore Romano on May 14, 2008, Funes surmised on whether intelligent extraterrestrial life would contradict the Catholic faith:

I believe no. As a multiplicity of creatures exist on earth, so there could be other beings, also intelligent, created by God. This does not contrast with our faith because we cannot put limits on the creative freedom of God. To say it with Saint Francis, if we consider earthly creatures as "brother" and "sister," why cannot we also speak of an "extraterrestrial brother?" It would therefore be a part of creation.

Asked about alien redemption in the interview, Funes responded:

We borrow the gospel image of the lost sheep. The pastor leaves the 99 in the herd for go look for the one that is lost. We think that in this universe there can be 100 sheep, corresponding to diverse forms of creatures. We that belong to the human race could be precisely the lost sheep, sinners who have need of a pastor. God was made man in Jesus to save us. In this way, if other intelligent beings existed, it is not said that they would have need of redemption. They could remain in full friendship with their Creator.

In 2009, The Catholic Response published an article I wrote titled "Aliens and Divine Revelation," in which I highlighted several points of serious contention between Funes' speculations on the existence of intelligent extraterrestrial life and the Catholic faith.

For brevity, I will recap the main contention.

The hypothesis of existent intelligent extraterrestrial life would mean that there are creatures dwelling in this universe who are psychosomatic moral agents distinct from the human race. This premise is extremely difficult, if not impossible, to reconcile with the Church's doctrine of original sin.

Both Scripture and Tradition are clear that the consequences of original sin affected the whole of physical creation (the universe).

For the creation waits with eager longing for the revealing of the sons of God; for the creation was subjected to futility, not of its own will but by the will of him who subjected it in hope; because the creation itself will be set free from its bondage to decay and obtain the glorious liberty of the children of God. We know that the whole creation has been groaning in travail together until now.

The Catechism confirms the meaning of this passage: "Because of man, creation is now subject 'to its bondage to decay.'"

There are two possibilities regarding intelligent extraterrestrials in relation to the doctrine of original sin: (1) aliens did not sin or (2) aliens did sin.

Aliens Did Not Sin

If there were intelligent beings on other planets who did not sin, then they would live on a fallen planet subject to decay.

Their bodies would likewise be part of the physical creation presumably taken from their respective planets, in which case their bodies would be subject to the bondage of decay because of man's first sin, but this would severely compromise their autonomy as intelligent beings.

Consider the sin of the angels who fell.

Their sin did not affect the human race or the physical universe directly. As intelligent beings made in the image and likeness of God, Adam and Eve had to choose for themselves and their posterity. The devil was only able to tempt them externally in the garden by suggestions, insinuations and lies.

Aliens in this case would be intelligent and independent moral agents suffering the consequences of an original sin committed by a different species, a race to which they have no direct connection.

If the aliens sinned after man, then the incongruencies with revelation mentioned would still apply. The only difference would be that they sinned after already being in a state of decay.

If they aliens sinned before man, then they are the ones who committed "original sin" and thus the ones who subjected the physical universe to decay.

This is a contradiction of the Church's doctrine on original sin.

Funes' musings on aliens are entertaining in a Star Trek sort of way, but they are not rooted in serious Catholic theology.

Because of man, creation is now subject to its bondage to decay.

Pope Francis has recently criticized traditional priestly garb: "Have you never seen young priests all stiff in black cassocks and hats in the shape of the planet Saturn [called a "saturno"] on their heads? Behind all the rigid clericalism there are serious problems."

Strange that traditional priests trying to save souls are a problem but a fellow Argentine Jesuit advising non-Catholics who are trying to find and message extraterrestrials is not.

Personally, I prefer a priest sporting a saturno than one sporting a tinfoil hat.