Monsignor. Harrison: "I've spent 38 years of my life as a seminarian and a priest serving the diocese of Fresno."

Two civil lawsuits have been filed against now-laicized Msgr. Craig Harrison of the diocese of Fresno. The two unnamed plaintiffs, young teens at the time, claim Harrison violated them repeatedly at different church rectories in the 1990s.

Jeff Anderson: “We filed these two suits yesterday naming the diocese and naming Harrison, as well as the parishes where the scenes of the crimes committed by him.”

The lawsuits were filed Tuesday under the California Child Victims Act, which allows victims to sue in spite of the statute of limitations.

Jeff Anderson: "There are many hundreds of suits that have been filed and will be [filed] under the Child Victims Act."

Harrison — through his attorney — denies all charges, his lawyers claiming these latest plaintiffs are simply seeking to cash in: "We said from the very beginning that this was always, ultimately about money."

Harrison's lawyer: "Let’s put people under oath. We know it didn’t happen. ... The simple answer: They were false, they are false, they will always be false.”

Harrison is no stranger to sex abuse allegations. He was suspended two years ago after half a dozen men accused him of abuse. He announced his resignation from the priesthood in February.

Harrison: "I am announcing that I am resigning as a pastor of St. Francis parish. I submitted a letter to His Holiness Pope Francis resigning as a Catholic priest."

This comes after Harrison was investigated by his diocese and three law enforcement agencies.

Criminal charges were never filed because the statute of limitations prevented it, even though local D.A.s made clear the claims were credible. Unable to get justice in the criminal courts, Harrison's alleged victims are now seeking justice in civil courts.

The diocese of Fresno is one of only 16 Catholic dioceses that hasn't published a list of credibly accused clergy.

Jeff Anderson: "And the reason we issued this report, based on evidence we had assembled and [which is] publicly available, is because the bishops hadn't."

The suits were filed Tuesday in Alameda County Superior Court. 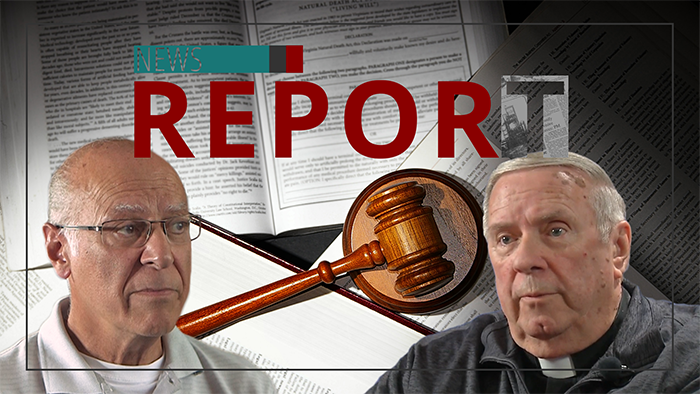