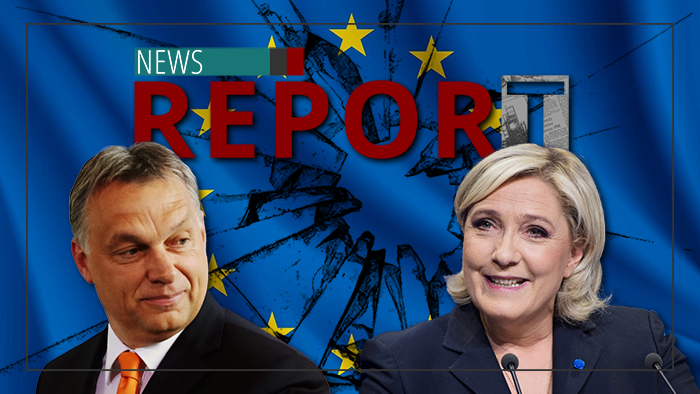 The nationalist future of European politics

As the French presidential runoff election draws nearer, France's premier nationalist leader is poised to reshape the future of European politics — and she may not be alone. Church Militant's Sam McCarthy takes a closer look at the shifting ground beneath the feet of the European Union.

Marine Le Pen: "A large majority of the French no longer want the European Union as it exists today, which is a European Union that operates in an absolutely anti-democratic manner ... which establishes policies that go against the interests of the people and the vital interests of our economies."

The national rally leader has already drafted a constitutional amendment defying and circumventing a number of the EU's globalist policies.

She would further cut France's annual contribution to the EU by 5 billion euros — the equivalent of nearly $5.4 billion.

Early this month, the newly re-elected Hungarian prime minister claimed the EU was waging "a holy war, a jihad" against his nation by means of "growing cultural alienation."

Though he has announced no formal plans yet to leave the EU, Orbán did predict "they want to knead us into something that resembles them."

Orbán's own triumphant re-election and the French people's growing dissatisfaction with godless European globalism bode well for a Le Pen victory this weekend.

The EU's own Eurobarometer poll conducted earlier this year reports only 32% of French citizens actually trust the EU, making France the lowest-ranked member state in terms of trust.