Amazon Synod: Threat to Brazil’s Sovereignty and a Return to Primitivism 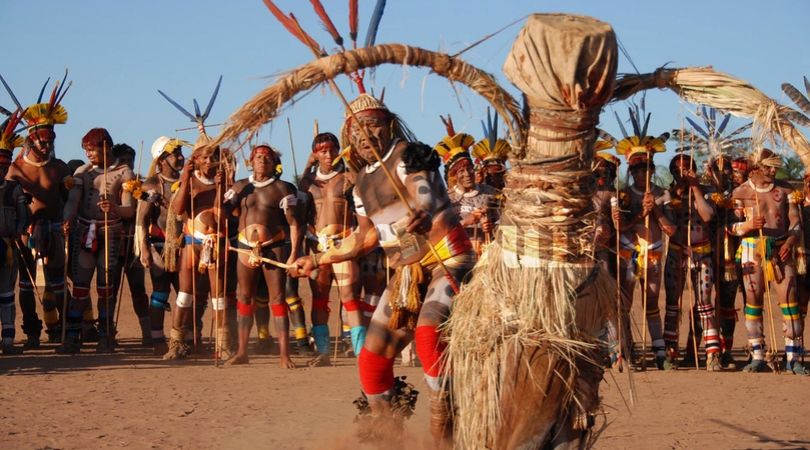 Brazilian royalty, political authorities and tribal leaders have condemned the "politically biased" Amazon Synod as "not proportional to reality or objective facts" and an "indoctrination" pushing for tribal people "to remain in their primitive state."

"This is the biggest press conspiracy ever made against our country, this is a machine of lies," His Imperial Highness Prince Dom Bertrand of Orleans and Braganza said in a video statement posted on his official channel. "The Brazilian Amazonia is not under threat."

"The synod is not proportional to reality or objective facts," the traditionalist Catholic prince told a counter-synod in Rome on Saturday.

The descendant of Emperor Dom Pedro II debunked the myth spun by Synod fathers that the 'Indians of the forest must be protected, because they are pure, so that they are not contaminated by capitalism, selfishness and the desire for profit."

"This is the opposite of what the true Indians want," His Highness told the conference titled "Amazon: The Stakes," hosted by the Plinio Correa de Oliveira Institute, part of the Brazilian-based Tradition, Family and Property movement.

The mission of the Church is to save souls and not to politicize the debate over the climate and the Amazon.

"We are against communism and we want to avoid it in our homelands. I respect this Pope, I pray for him, but the mission of the Church is to save souls" and not to politicize the debate over the climate and the Amazon, said Dom Bertrand, who has authored the popular Portuguese book Psicose Ambientalista (Environmentalist Psychosis), exposing climate alarmism,

"Most of Brazil's Indians are already integrated," he added. "The [progressives] want to keep them in slavery. Liberation Theology brings many evils to Brazil."

Father Jônatas Bragatto, chancellor of the Brazilian Monarchist Circle in United Kingdom, told Church Militant that the Amazon Synod is a leftwing globalist threat to Brazil's sovereignty and that Prince Bertrand, army generals and government authorities had been voicing these concerns for months, only to be ignored by mainstream media.

"There are huge concerns in relation to national sovereignty when the Church is being used as an instrument for left-wing corrupt parties to enforce their totalitarian agenda in the Synod," Bragatto observed.

"I fully support the work of the imperial family and what they are doing for the Catholic faith and the sovereignty of Brazil," the U.K. missionary added.

Meanwhile, speaking at the counter-synod, Jonas Marcolino Macuxí, chief of the Macuxi tribe, pointed out that a "dictatorship" of missionary workers teaching liberation theology had sought to prevent development in the region, thus keeping indigenous people in poverty and misery.

Blasting the narrative of "primitivism," Marcolino described how cannibalism and infanticide were both part of tribal religious culture that the Amazon Synod is extolling as virtuous.

"Cannibalism has ended, but not the killing of infants," he noted.

"According to traditional religions, when a child is born with a defect, he is buried alive, and that continues," he explained. "Such things were ending; but now, with the idea that you have to go back to primitivism, they remain."

"Liberation theologians are promoting the idea that the Indians who still live in a primitive way are very happy, living in paradise, etc.," he continued. "They want to promote this idea to everybody else. But that's not true. It's false. We are not living in paradise. It's a very hard life; people have insects all over their feet, bats in their homes."

He went on to lament their economic situation: "We should be allowed to develop our economy, because the region is very rich. All the natural resources are there. But in the Indian reserves, you cannot touch them, and that's to the detriment of the people who live there."

Earlier, General Eduardo Villas Bôas, former Commander of the Brazilian army, said that the Amazon Synod is "politically biased" and "ruled by a series of distorted data that do not correspond to the reality of what happens in the Amazon."

We are not living in paradise. It's a very hard life.

Bôas, currently advisor to the Presidential Office of the Institutional Security Office (GSI) in the conservative Jair Bolsonaro administration, voiced concerns over what may come out of the Amazon Synod's final report: "Now, let us be clear: We will not admit interference with internal issues in our country."

"But we are concerned about the resolutions of the Synod, which could lead to interference (with issues of national sovereignty)," he warned.

"The assumption that placing a bell jar on indigenous communities will provide for the preservation of their culture is not true, because Indians feel that they are denied the possibility to evolve," he said. "I have never been to a village without receiving from the Indians a list of requests for electricity, Internet, health clinic, school and economic activities to support them."