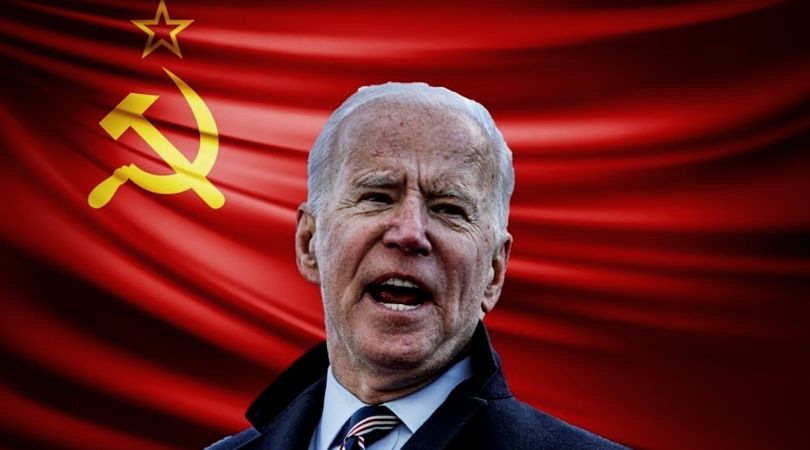 The Left's rise to power

Leftists are now in control of the United States, and they intend to keep it that way.

They have a stranglehold on the presidency, the house of representatives and the senate. But that's not all. Leftists staff the Federal Bureau of Investigations, the Department of Justice and even the Department of Homeland Security.

For months our judges, from the lowly circuit courts all the way up to the U.S. Supreme Court, have refused to hear reams of voter-fraud evidence or even take the issue seriously, despite disenfranchising more than 70 million voters.

So while the courts tell Americans to "go pound sand," federal law enforcement is busy chasing imaginary Nazis among the populace, and establishment Republicans are luxuriating in the D.C. swamp.

Now, leftists are working quickly to consolidate power, making sure their iron grip on its reins can never be removed.

Joe Biden, even by his own definition, is a dictator. He said in October, "I have this strange notion, we are a democracy ... if you can't get the votes ... you can't [legislate] by executive order unless you're a dictator. We're a democracy. We need consensus."

Joe Biden, even by his own definition, is a dictator.

But that was then. Now Biden has the all-time record for executive orders signed on the first week of the presidency. As of Jan. 26, he has issued 39 executive orders, actions, proclamations, memoranda and agency directives — with at least eight more expected by Jan. 29.

Our nation is diving headlong into Marxism, and it's being done with the blessing of the U.S. government. The system is rigged.

To learn more about this topic, watch today's episode of The Download — American Totalitarianism.