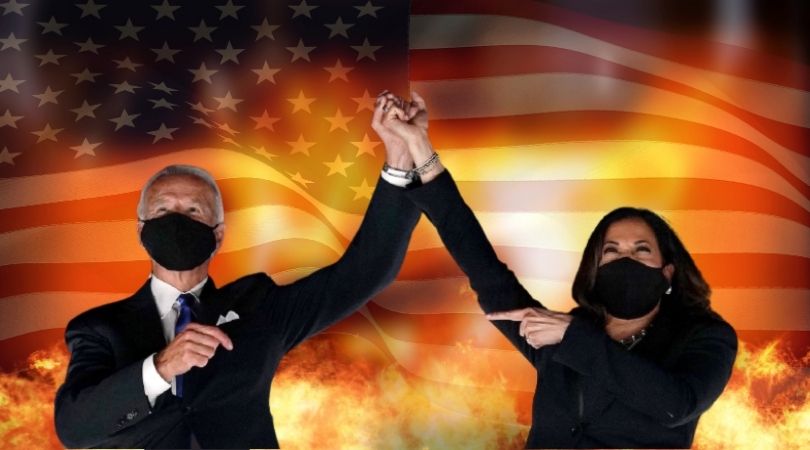 His list is growing longer by the day: snuffing out over 11,000 petroleum jobs related to the Keystone XL Pipeline; canceling women's sports by allowing biological males to compete with them; and promising to make infanticide the "law of the land."

What is the administration's plan for up to 1 million energy-sector job losses over the next few years? White House climate czar John Kerry told petroleum engineers to simply get another job.

"What President Biden wants to do is make sure those folks have better choices, that they have alternatives, that they can be the people to go to work to make the solar panels," Kerry said, adding, "The same people can do those jobs."

Because being a petroleum engineer is the same thing as assembling solar panels in a factory, right?

Biden is quickly demonstrating that his administration and the Democrat Party will determine what Americans really want and what they really need because Big Brother knows best.

It's the same with illegal immigration. The Democrats of yesteryear — like Barack Obama, Hillary Clinton, Chuck Schumer and Joe Biden — previously demanded border fences and stronger measures to curb illegals streaming in through America's southern border.

Who built the cages, Joe?

But recently, Democrats in Congress and in the federal courts opposed President Trump's immigration reforms for four solid years, even though some were the same measures they advocated under Obama. After all, as Trump pointed out during the presidential debates, "Who built the cages, Joe?" It was Obama, and Biden was 100% behind it.

Now the Biden administration is saying that criminal illegal aliens will not be deported if they commit crimes, even if they kill your family in a drunken driving spree.

Now, a cash-strapped American population will have to foot the bill for the limitless immigration the Democrats want. The rich will find a way to stash their money to pay fewer taxes while the poor will pay fewer (if any) taxes. It's the middle class who is paying the tab for the millions of illegal aliens already here and for the millions more who will come through the border when the southern doors are thrown open.

On top of that, Americans who oppose this are berated and called "racist" by the media and other leftists in power.