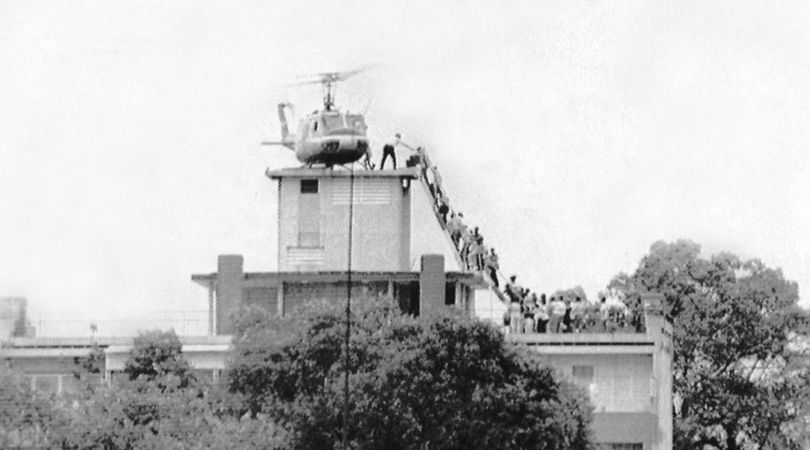 We are all South Vietnamese now

My political journey began in spring 1975. Just 10 years old, I'd watched with mounting horror as the communist forces of North Vietnam conquered the South.

Meanwhile, our vindictive post-Watergate Congress refused further aid. On April 30, the invaders overran Saigon. I will never forget the spectacle of U.S. helicopters pulling out of our embassy or the rooftops crowded with desperate American allies clutching at the landing gear.

In subsequent months, the "boat people" fleeing communist cruelty started washing up on our shores. I couldn't shake my sense of helpless, directionless shame. I felt our country had profoundly dishonored itself.

And winter 2020 has brought me back to that same place. Washington, D.C., this dark Epiphany Day, brought me right back to Saigon. I'll explain, but first a few necessary reflections on the violence.

We don't know yet if the instigators of the violence at the U.S. Capitol were rogue Trump supporters unhinged by the theft of our democracy or Antifa members in costume — or maybe a blend of both, with gullible overwrought patriots following a false flag waved by canny infiltrators.

Put nothing past the radical Left. Nothing.

The pro-communist riots in West Germany (1967–1968) were started by a police shooting of a demonstrator. That cop later turned out to be an East German Stasi spy sent to stir up trouble. Put nothing past the radical Left. Nothing.

What's more, if leftists are culprits, we will likely never find out. Even if proof emerges, the same networks that wouldn't report on Hunter Biden's laptop won't report on this. And now you can add turncoat Fox News to that list. People who share such proof on social media will be blocked, suspended or banned (as President Trump himself was suspended for 12 hours from Twitter).

So the truth might remain forever a rumor, one way or the other, disbelieved by half the country. The collapse of a common narrative is just one side effect of media overwhelmingly picking sides, then sneering with Pilate, "Truth? What is truth?"