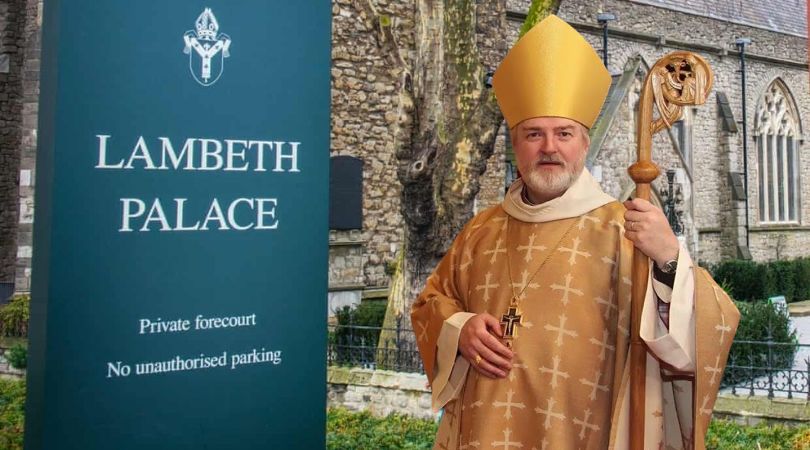 Bishop of Ebbsfleet who rejected women's ordination swims the Tiber

READING, England (ChurchMilitant.com) - A prominent Anglican bishop is quitting the Anglo-Catholic wing of the Church of England, which is dominated by homosexual clergy, to embrace the Roman Catholic Church.

Desperate to step down as bishop of Ebbsfleet, Bp. Jonathan Goodall may have even applied for a vicar's position at the prestigious parish of All Saints Margaret Street, London, sources said, but the plum position was offered to Fr. Peter Anthony, who was installed in December 2020.

Anglican sources told Church Militant how Goodall appointed priests living in same-sex relationships to parishes and that his recent appointment of a former Roman Catholic priest in a gay partnership had resulted in a "proportion of the congregation revolting and leaving."

Goodall, who is part of the anti-women's-ordination Forward in Faith movement, has never expressed himself publicly on homosexual practice and did not respond to Church Militant's queries on the issue.

Responding to a clergy discussion on Goodall's resignation on the Thinking Anglicans website, Fr. Barrie McKenzie remarked that he had "no recollection of Bp. Goodall having ever put his head above the parapet on any issue."

McKenzie noted that Goodall's departure for Rome was "hardly surprising as the CofE [Church of England] collapses around our ears — theologically and ecclesiologically incoherent, completely captive to the woke agenda of the world and with nothing to say about the core message of the Bible."

Since 2013, Goodall has been a provincial episcopal visitor (also known as a "flying bishop") overseeing Church of England congregations that reject women priests and bishops.

He is also a member of The Society, which regards itself as holding authentic apostolic orders and aims to promote Catholic teaching within the Church of England.

I have made my decision as a way of saying 'yes' to God's present call and invitation.

The Society, however, has a reputation for being homosexual and is often characterized as "panto-Catholic." It's seen as a ghetto where Anglican clergy enjoy "dressing up" and pretending to be Catholic, as in a pantomime.

A Friday statement from Anglican archbishop of Canterbury Justin Welby noted that he had "with regret, accepted the resignation of Bp. Jonathan Goodall after eight years as bishop of Ebbsfleet, following his decision to seek full communion with the Roman Catholic Church."

Goodall responded with effusive praise for the Church of England, explaining that he had made the decision "only after a long period of prayer, which has been among the most testing periods of [his] life."

"I trust you all to believe that I have made my decision as a way of saying 'yes' to God's present call and invitation, and not of saying 'no' to what I have known and experienced in the Church of England, to which I owe such a deep debt," Goodall stressed.

Pope Francis told a high-profile Church of England bishop not to enter into full communion with the Catholic Church.

Sources also told Church Militant they were waiting to see if the 60-year-old Goodall had "done a deal" with the Catholic hierarchy in England.

Unconfirmed reports indicate that Goodall could succeed the Rt. Rev. Msgr. Keith Newton — a married ex-Anglican priest who was appointed as the first ordinary of the Personal Ordinariate of Our Lady of Walsingham. Newton will reach the age of 70 in early 2022.

Catholic Relations With the Church of England

According to the constitution, ordinariates have the faculties to "celebrate the Holy Eucharist and the other sacraments, the Liturgy of the Hours and other liturgical celebrations according to the liturgical books proper to the Anglican tradition, which have been approved by the Holy See."

In accordance with Sacerdotalis Caelibatus, the arrangement allows married men to be ordained as Catholic priests given "the particular circumstances of married sacred ministers of Churches or other Christian communities separated from the Catholic communion."

Anglican clergy pointed out that several Roman Catholic priests had "swum the Thames" and converted to Anglicanism, including Fr. Gregory Lipovsky — a Hungarian Catholic priest who studied at the Augustinianum in Rome.

After serving as a parish priest in Tuscany, Lipovsky was received into the Church of England and sent for a year's training to St. Stephen's House, Oxford — a hotbed of homosexual activity.

Goodall appointed Lipovsky as vicar of St. Paul's, Weymouth in 2019, eventuating in a proportion of the congregation "revolting and leaving" because the cleric was in a same-sex relationship.

A top Anglican cleric from Argentina told Church Militant that Pope Francis was "not in favor of Anglican clergy converting to Catholicism, since he believes Anglican orders are valid. This was his position when I met him as archbishop of Buenos Aires."

"In fact, Francis told a very high-profile CofE bishop in a private meeting not to enter into full communion with the Roman Catholic Church," English sources confirmed.

The Society has a reputation for being homosexual and is often characterized as 'panto-Catholic.'

The modernist Catholic CEO of Caritas Social Action Network, Raymond Friel, slammed faithful Catholics for welcoming Goodall into the Catholic Church. "This kind of nonsense really needs to be challenged. There is salvation outside of the Church; Vatican II made that clear enough," Friel tweeted.

Other commenters swiftly corrected Friel by citing the Catechism of the Catholic Church (quoting Vatican II's Lumen Gentium): "Hence they could not be saved who, knowing that the Catholic Church was founded as necessary by God through Christ, would refuse either to enter it or to remain in it."

Ordinariate clergy told Church Militant they were "hated" by the mostly liberal English Catholic bishops for their orthodoxy and that the bishops were reluctant to welcome Anglican priests into the Catholic Church — especially if the Anglicans were against women's ordination.

Goodall's exit from the Church of England follows the high-profile departure of former bishop and queen's chaplain Dr. Gavin Ashenden in December 2019. Ashenden recently recounted how he has helped at least 24 people to become Catholic since swimming the Tiber.

Church Militant contacted Goodall twice requesting comment, but the prelate did not respond. 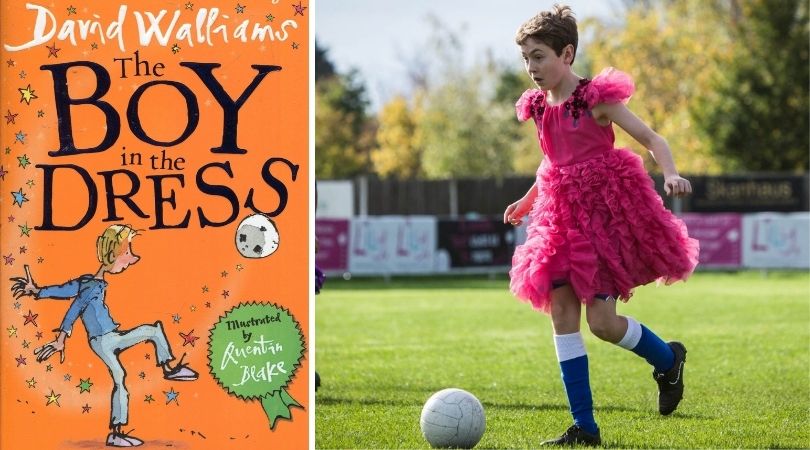