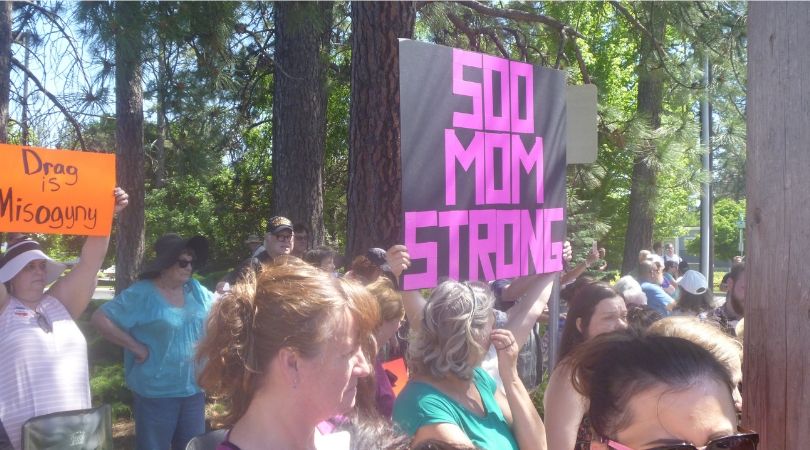 This past Saturday, a group of moms I lead calling ourselves 500 Mom Strong gathered with a handful of other groups to protest the South Hill Spokane Public Library (SPL). Our protest concerned the public institution's hosting of a Drag Queen Story Hour.

The library was so shaken by the prospect of a group of Christian women protesting the sexist minstrel show they were putting on that they brought in 30 police officers and placed two snipers on the library roof in tactical gear to defend men in dresses from a group of 300 women.

The women in my group were holding signs saying "Drag is Misogyny," "Drag is Womanface," and "Drag is Bigotry." 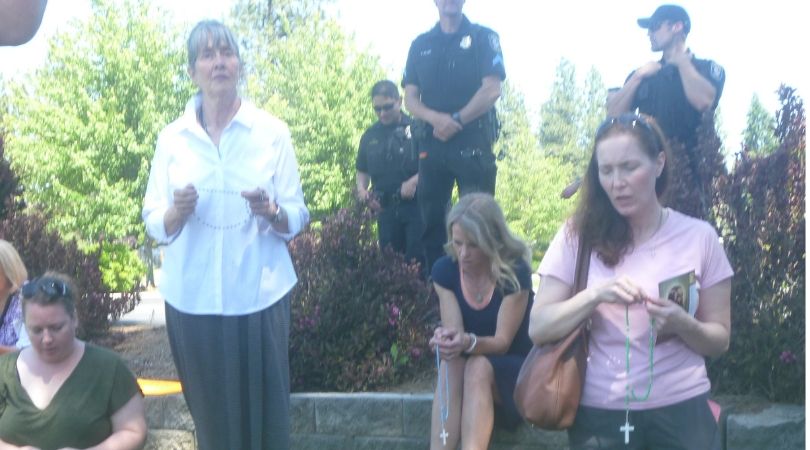 How frightening we women must be! What a threat we women must pose to the status quo of the socialist patriarchy that the library felt the need to have snipers pointing tactical rifles at us as we prayed!

The library was so frightened of the women in our group that they instructed the Spokane Police Department (SPD) to undermine our civil liberties and would not allow free women to set foot on the public property of our community's public library. When we free women protested the clear violation of our constitutional rights, we were threatened with violent arrest. Some of our supporters were in fact arrested for daring to stand up for our civil rights.

Free women are a threat to the misogynistic, socialist patriarchy that has infiltrated our public institutions. We are such a threat that the city of Spokane spent thousands of dollars to provide security for drag queens performing a pageant of perverse absurdity for kindergarteners.

One would think police funds and resources would be better spent fighting the opioid epidemic and violent crime rather than suppressing the right of free women to peaceably assemble. 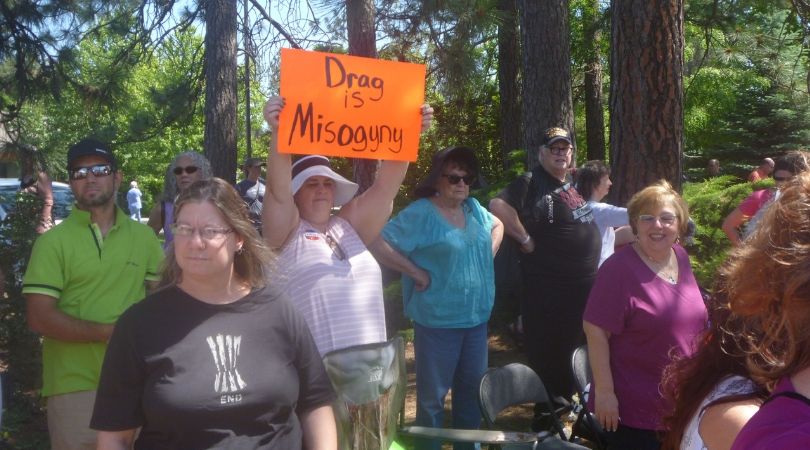 SPL and the SPD worked with a large group of militant drag queens and their supporters, giving them preferential treatment by allowing them to occupy all the library property so they could counter-protest women defending their dignity. As we women stood segregated across the street from the library, we saw the truth of drag played out over three hours.

Adult men in grotesque makeup, skimpy dresses, fake breasts and wigs gyrated, sang and mocked every single woman present. The misogyny on display was like a heavy and oppressive blanket designed to dehumanize and subjugate women. They mocked us, banged drums and attacked our personal appearances. If they had chains, they would have put them on us.

But instead of chains, they had SPD snipers on the ready to keep us in our place to silence us and demonstrate the power of the socialist patriarchy.

The level of hostility on display against us would make one think that we women had weapons of mass destruction instead of Rosary beads. Maybe at next week's protest of the Drag Queen Story Hour the library can request the SPD bring fire hoses and attack dogs to protect men in dresses from authentic women and their Bibles. 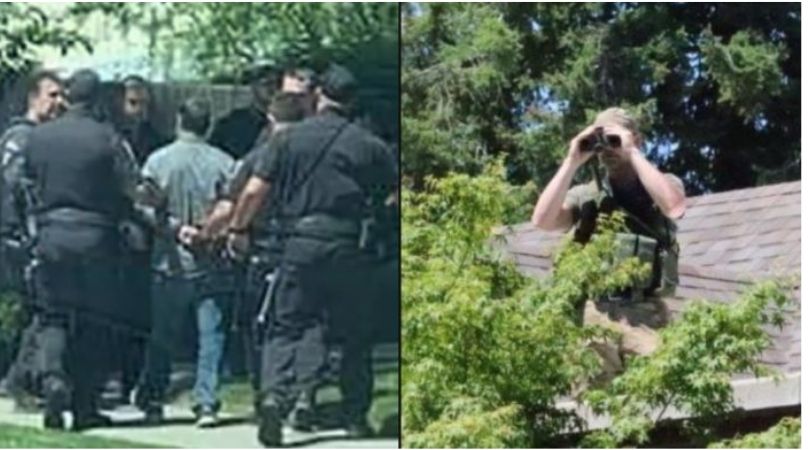 The library clearly does not want to hear the voices of concerned mothers over the outright misogyny and womanface of the Drag Queen Story Hour. The library mocked us with their sham of a community discussion panel. The discussion was supposed to be fair and balanced but was instead used as a tool to tell concerned women they were ignorant bigots.

The thousands of calls and emails did not faze the library in their desire to turn the library into a twisted burlesque show with the purpose of perverting young minds into believing women are only sex objects to be mocked and oppressed.

Our message to the library and Drag Queen Story Hour is this: Women will stand against misogyny. Women will protest womanface. Women speak out against bigotry. Women will stand up for the dignity and honor of our mothers, daughters and sisters. Women will sacrifice everything they have to protect our children.

500 Mom Strong will be at the Downtown Spokane Public Library on June 22 to protest the mockery of women and defend our children. Drag is gender appropriation.

Anna Bohach lives in Spokane, Washington, is the mother of four children and the leader of 500 Mom Strong. 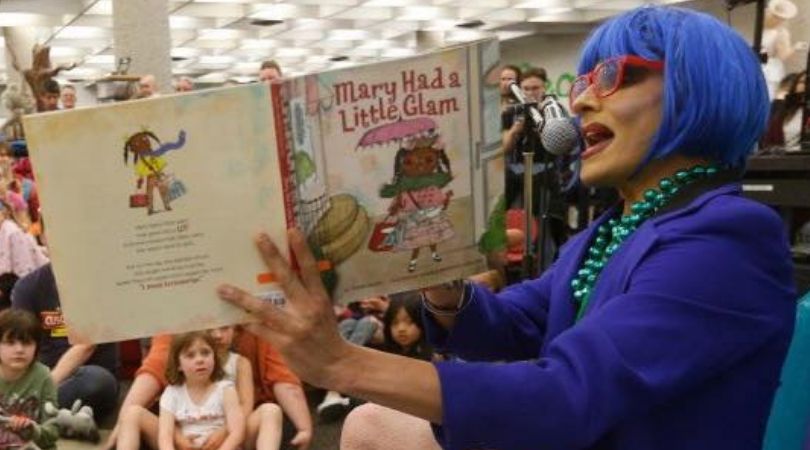 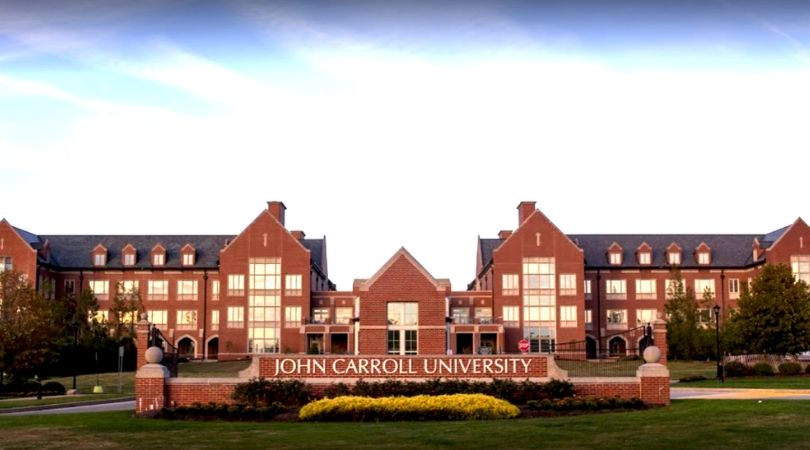 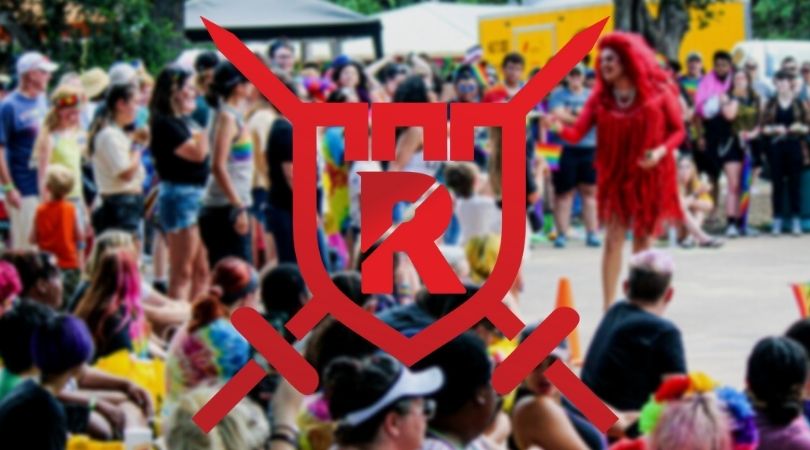