Another ‘Blaine Amendment’ Bites the Dust 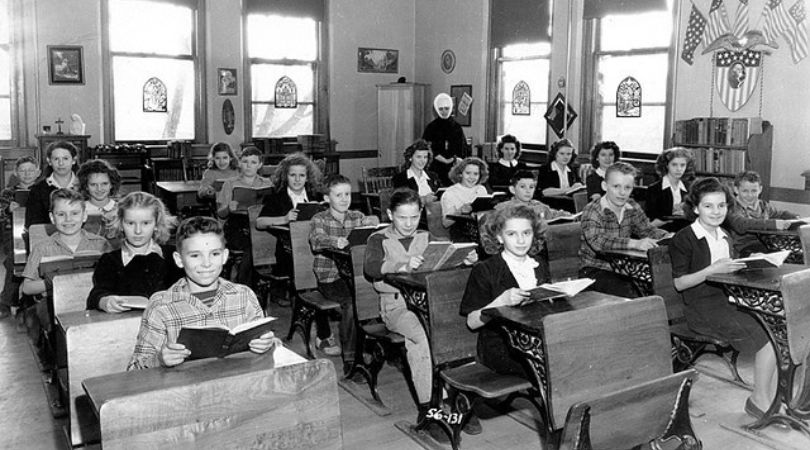 WASHINGTON (ChurchMilitant.com) - The Supreme Court has dealt another blow to anti-Christian state laws.

Maine's tuition assistance program allowed qualified candidates to receive government money to defray costs of tuition at schools of their choice — with one caveat: Money could not go to "sectarian" schools.

The plaintiffs in this case had chosen Bangor Christian Schools and Temple Academy as their private schools of choice, but the government deemed them "sectarian," and they were disqualified from receiving government funds.

Chief Justice John Roberts, writing for the majority (which includes Justices Clarence Thomas, Samuel Alito, Neil Gorsuch, Brett Kavanaugh and Amy Coney Barrett), noted, "The State pays tuition for certain students at private schools — so long as the schools are not religious. That is discrimination against religion."

In issuing its restriction on tuition assistance, Maine's department of education clarified that it "considers a sectarian school to be one that is associated with a particular faith or belief system and which, in addition to teaching academic subjects, promotes the faith or belief system with which it is associated and/or presents the material taught through the lens of this faith."

Few Americans today know that "sectarian" is historically code word for "Catholic." Restrictions on government money going toward Catholic schools has a long history in America, going back to this country's Puritan roots, and reaching its high-water mark in the 19th century, when American politics and social life were rife with Nativist, anti-Catholic, anti-immigrant sentiment.

Anti-Catholic tracts and propaganda were published and widely disseminated, warning Americans that Catholics could not be trusted to be faithful citizens, and that their loyalties lay with Rome, a "foreign power."

One propaganda piece shows the Catholic Church represented by a crocodile crawling on top of the U.S. Capitol dome. The caption reads, "Religious liberty is guaranteed — but can we allow foreign reptiles to crawl all over US?"

The predominantly Protestant government opposed "sectarian" schools because of fears that such schools would fail to integrate their mostly German and Irish Catholic immigrant population into Protestant America.

Political leader Horace Mann (a Presbyterian minister) set about establishing public, government-run schools in the 1840s that would focus on a more protestantized curriculum: The school day would begin with Protestant prayers and hymns, and primary and secondary students would be required to read from the King James Bible and McGuffey Readers — textbooks interspersed with anti-Catholic slurs like "papist" and "popery." The original Reader even included the false statement: "The account of his [Martin Luther's] death filled the Roman Catholic party with excessive as well as indecent joy."

Catholic teachers at public schools who refused to participate in reading the King James Bible were dismissed, while Catholic students were harassed and persecuted. A number of Catholics, led by Bp. Francis Kendrick, fought for reform in government-run schools, but faced strong public opposition in the form of protestant sermons and anti-Catholic tracts and posters denouncing Catholicism.

Tensions exploded on May 3, 1844, when a riot broke out in Philadelphia and nativists destroyed dozens of homes of Irish Catholic immigrants, burning Catholic churches and schools to the ground. Such riots had, in fact, taken place in various pockets across the nation since the 1830s, although the 1844 incident was the most severe.

In 1875, President Ulysses S. Grant made a public speech proposing a constitutional amendment that would deny federal funding to "sectarian schools" while promoting "good common school education" based on a more secularized, protestantized curriculum.

It was against this backdrop of nativist sentiment that James Blaine proposed an amendment to the U.S. Constitution prohibiting funds to Catholic institutions:

No State shall make any law respecting an establishment of religion, or prohibiting the free exercise thereof; and no money raised by taxation in any State for the support of public schools, or derived from any public fund therefor, nor any public lands devoted thereto, shall ever be under the control of any religious sect; nor shall any money so raised or lands so devoted be divided between religious sects or denominations.

Catholics won a decisive victory for Catholic education in 1925, in the U.S. Supreme Court case Pierce v. Society of Sisters. Oregon had passed a law in 1922 requiring students to attend public schools, with the aim of eradicating parochial education. In short, children would have been forced to attend only government-approved schools.

The Society of the Sisters of the Holy Names of Jesus and Mary, who ran a parochial school, challenged the law as unconstitutional — and won. The Supreme Court ruled that parents have the right to educate their children at private religious schools, a right the government could not violate.

Fast forward nearly a century, and in 2020, Chief Justice Roberts, writing for the majority in Espinoza v. Montana Department of Revenue, held that the U.S. Constitution "condemns discrimination against religious schools and the families whose children attend them. They are members of the community too, and their exclusion from [Montana’s] scholarship program here is odious to our Constitution and cannot stand."

That ruling built on the 2017 high court case Trinity Lutheran Church of Columbia, Inc. v. Comer, where the court — with Roberts again writing for the majority — held that Missouri's ban on federal money going toward religious schools violates the First Amendment.

Tuesday's court decision striking down Maine's law is the latest blow to unconstitutional Blaine Amendments. While Maine's law was not a constitutional amendment per se but a law enacted by the legislature, it is a vestige of an era in American history rooted in anti-Catholic bigotry and prejudice.