Sources for this story are some of the leading investigators into the homosexual network within the Catholic Church.

BRIDGEPORT, Conn. (ChurchMilitant.com) - Before becoming the archbishop of Baltimore, William Lori as then-bishop of Bridgeport, Connecticut was harboring in his diocese gay priests who would meet up with seminarians at local gay bars in the Bridgeport and New Haven areas.

Following an explosive 2012 investigation that revealed a clandestine pipeline was being used to pack U.S. seminaries with homosexuals, the diocese of Bridgeport has been found to be a hub for gay parties and gatherings between priests and seminarians.

Like other U.S. dioceses located along busy freeway corridors  — including New York, Boston, Hartford, Buffalo, Newark, Paterson, Detroit and Chicago — the northeastern diocese of Bridgeport, then under Bp. Lori, was conveniently located along the I-95 corridor where priests and seminarians would rendezvous at well-known gay bars. They would then continue their liaisons well into the evenings at local church facilities.

The diocese of Bridgeport was also found to be a hub for gay parties and gatherings between priests and seminarians.

The meetings in the Bridgeport diocese would involve priests and seminarians traveling by car, and at times in separate cars, to predetermined locations at specific times for the purpose of attending gay parties and gatherings at so-called gay hotspots.

These gatherings and meetings were well organized, and communications between organizers would be communicated via texts and emails, often using certain coded terms within general message traffic on either cell phone or computer. The gatherings would normally occur on a Friday evening, allowing time for priests and seminarians to "party" into the early hours of Saturday morning. This gave time for a priest to return to his parish later that day and prepare for Sunday Mass. Additionally, some seminarians would return to the seminary later on Saturday and immediately return to their rooms to sleep.

The 2012 investigation into homosexual predation at U.S. seminaries revealed these meetings would not take place by chance but were, in fact, coordinated by local priests connected to vocations directors of various U.S. dioceses.

Included among the priests involved with seminarians in the gay hookup culture were a number of clergy from the diocese of Bridgeport under then-bishop Lori.

At the time of the 2012 investigation, it became common knowledge among clergy and seminarians that Bridgeport diocesan priests were involved in the gay pipeline and hookup culture that centered around gay bars in the Bridgeport and New Haven areas.

Lori was the bishop of Bridgeport from 2001–2012. During his 11 years as its shepherd, he oversaw many priests directly involved in sexual abuse and homosexual activity with individuals both older and younger than age 18.

An independent Connecticut Superior Court judge's 2019 report of clergy sexual abuse within the diocese of Bridgeport revealed clergy  abused some 281 victims over a period of many years, including when Lori was bishop there. Some of the young seminarians in the 2012 investigation reported they too were groomed, manipulated and abused by priests when they met them in locations within the Bridgeport diocese as well as at other locations along the I-95 corridor.

In all, there have been some 71 members of the clergy from the diocese of Bridgeport who have been credibly accused of sexual abuse, and many have been linked to the time when Lori was bishop of the diocese.

Given the history of then-bishop Lori, there remain many unanswered questions and allegations of clergy cover-up scandals involving former and current priests in Lori's former diocese. This includes priests and seminarians regularly gathering at gay bars in the New Haven and Bridgeport areas and the gay sex parties that took place afterward within his diocese.

The 2019 abuse report spotlighting clergy within the diocese of Bridgeport reveals little has changed since the 2012 investigation of seminarians and U.S. dioceses. It underscores the extent to which Abp. Lori turned a blind eye to rampant sexual abuse among his own clergy — exacerbating an already well-documented crisis of homosexual predation in the Catholic Church.

It underscores the extent to which Abp. Lori turned a blind eye to rampant sexual abuse.

"Lori's current position as the archbishop of Baltimore is untenable. For the good of Holy Mother Church, and as a successor of the Apostles, he should immediately resign from his current position," said a faithful Catholic who wished to remain anonymous.

"He should cooperate with current and past investigations into the cover-up of clergy sex abuse cases as well as detail his extensive knowledge of the predatory homosexual network of clergy — and then retire to a life of prayer and penance." 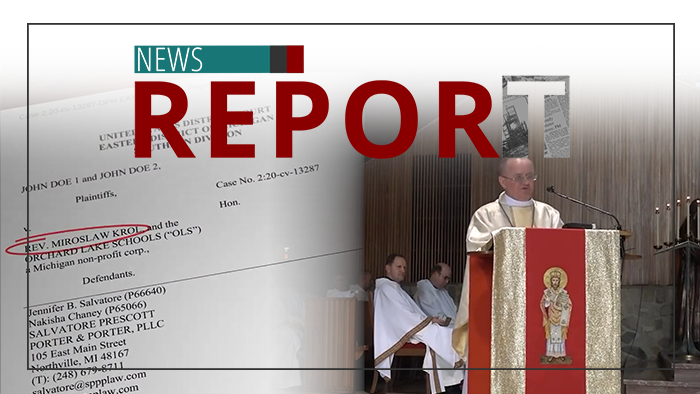