Could be charged with patient abandonment and lose their license

DETROIT (ChurchMilitant.com) - A former pediatric nurse chose to leave her beloved career over being forced to administer harmful treatments to gender-dysphoric children against her conscience.

Church Militant spoke with a former pediatric nurse, Agatha (name changed to protect identity), who said under the current anti-discrimination laws, medical professionals all over the country are being forced to violate their consciences to advance the LGBT agenda.

"This is happening at a frightening pace," Agatha said. Most times, nurses and doctors only find out about new regulations after they're enacted and the medical facility issues new policies.

Such was the case with Cincinnati Children's Hospital and their inpatient rehabilitation guidelines. Agatha said this policy requires nurses to discuss the "sexuality needs" of their patients.

Children as young as 12 could be asked about their gender identity, sexual identity and given a "sexuality assessment" including discussing their sexual experiences. The staff was advised to do this without the parents present if at all possible.

She explained that the patient privacy guidelines prevent medical practitioners from discussing any issues of sexuality with parents. She recalled a conversation with a colleague who was trying to explain to a 12-year-old how to treat her sexually transmitted disease over the phone. Obviously not understanding his directions, the staffer had to ask her if it was OK to speak to her parents about her condition.

The nurses are told to provide sexuality information to the doctors. The desire to keep parents uninformed stems from a 2016 case of a mother, Anmarie Calgaro, who sued government officials and health care providers for terminating her parental rights without due process.

Agatha said this was the "Roe v. Wade of transgender minors." Using the federal McKinney-Vento Act to ensure homeless children have access to public schools and social services, Calgaro's son was allowed to claim himself as homeless and his parents were not informed.

He was given gender-affirming therapy without his mother's consent when he was 15 years old. Calgaro sued, appealed and lost her case.

We're not helping them live a longer, healthier life — we're actually destroying them.

This case showed the surprisingly simple process that opens the door to increasing numbers of gender-dysphoric teens to sue for emancipation and get permanent life-altering hormones and surgery that can lead to sterility.

"I can't believe my educated colleagues are doing this," Agatha explained. "There's no evidence this does anything psychologically to help gender-dysphoric kids."

"The hardest thing is to compare this to real medical tragedies," she said. "It's stomach-churning and so discouraging that this is what we're focusing on."

"We're not helping them live a longer, healthier life — we're actually destroying them," she said.

She called the transitioning process for kids is "medical child abuse," explaining, "This is more barbaric than any of the holocausts I've studied."

Agatha said the first instance the surprise regulations happened to her was several years ago at a leading children's hospital in Missouri. Her shift supervisor went out of her way to prep her about a patient she was being assigned.

A 12-year-old girl was about a year into the transitioning process and needed intravenous antibiotics for an infection that developed at the injection site for the numerous hormone shots she had received. Agatha was told not to use any gender-specific pronouns and avoid girly topics.

If I left my shift, it would be patient abandonment and I'd lose my license.

Agatha told her supervisor that she had "moral and ethical problems" with what she was being told to do. She explained that by using those terms, her supervisor was supposed to alert the hospital's ethics committee so they could determine the proper course of action.

Instead, her supervisor refused, saying, "You're not here for your morals and ethics."

"In that moment, I had no choice," Agatha said. "If I left my shift, it would be patient abandonment and I'd lose my license." The whole incident only took a few minutes, she said, "but it was a traumatic moment. The stress and anxiety in that moment was frightening."

She explained that many doctors and nurses are in far worse situations. Some have families to support and new doctors are facing hundreds of thousands of dollars in student loans. The loss of their medical credentials would be devastating and difficult to recover from.

These anti-discrimination policies are a result of Obamacare or the Affordable Care Act (ACA). Included in the ACA is the Heath Care Rights Law that prohibits discrimination based on race, color, national origin, sex, age and disability. It applies to almost all health facilities as well as insurance companies.

In 2010, the ACA was criticized for being a massive document of over 2,000 pages. Altogether, the associated regulations totaled around 20,000 pages. In contrast, the regulations for Medicare totaled 35 pages.

Critics of the ACA blasted its supporters for not reading or knowing what was in the document.

Nancy Pelosi, Democratic speaker of the House at the time, said, "We have to pass the bill so that you can find out what is in it — away from the fog of the controversy."

Currently, many of the marketplace health care plans do not cover sex change or reassignment surgery costs, and there are questions as to whether these are unlawful discrimination and would then become a benefit that taxpayers would have to fund in Medicare and Medicaid plans.

Agatha said the hardest part was finding supportive colleagues. She said medical practitioners never can tell if a colleague will report them for being "not capable of providing compassionate care" if they call a gender-dysphoric child by their birth gender. That happened to a friend of hers from nursing school.

She said as many as 75 percent of pediatric medical professionals have rainbow badges but Agatha has found support with the Catholic Medical Association and the American College of Pediatrics. She said those organizations are geared to doctors but are starting to understand that nurses and nurse practitioners need conscience protections too. 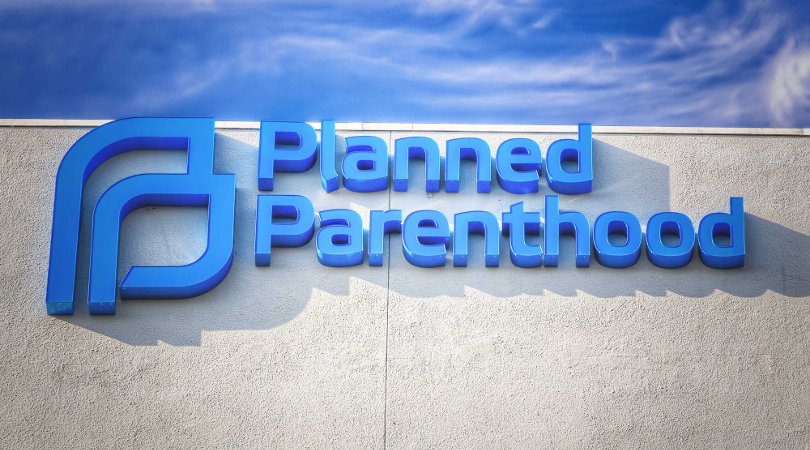