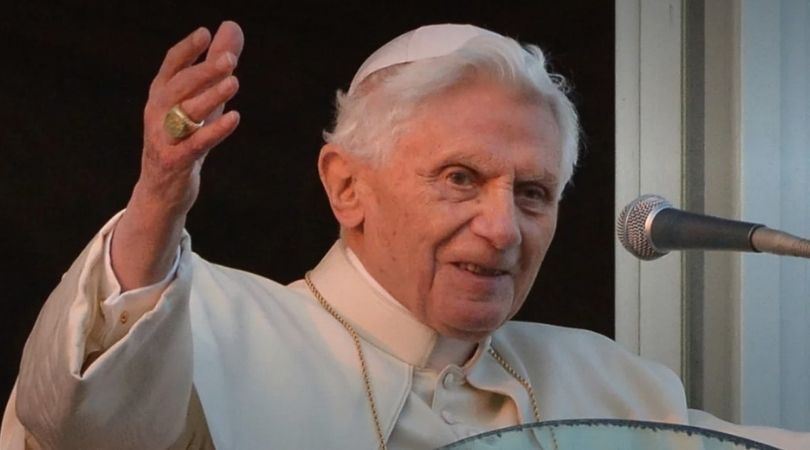 The separation between 'Babylon' and 'Jerusalem'

Last May there was controversy over the anticipation of some statements made by Benedict XVI to Peter Seewald published in his biography that was about to be published in Germany. This work has now been translated into Italian with the title Benedetto XVI. Una vita (Garzanti), and so we are now able to better understand the pope's words.

The crucial question placed by Seewald to Ratzinger is this: "One phrase from your first homily as pope has remained particularly impressed in our memory: 'Pray for me, that I may not flee for fear of the wolves.' Had you perhaps foreseen what awaited you?"

The pope replies that this was not an allusion to the problems of the Vatican (such as Vatileaks), as many thought. Benedict XVI explains:

The true threat for the Church, and thus for the Petrine service, does not come from this sort of episode: It comes instead from the universal dictatorship of apparently humanistic ideologies. Anyone who contradicts this dictatorship is excluded from the basic consensus of society. One hundred years ago, anyone would have thought it absurd to speak of homosexual matrimony. Today those who oppose it are socially excommunicated. The same holds true for abortion and the production of human beings in the laboratory. Modern society intends to formulate an anti-Christian creed: Whoever contests it is punished with social excommunication. Being afraid of this spiritual power of the Antichrist is all too natural, and what is truly needed is that the prayers of entire dioceses and of the world Church come to the rescue to resist it.

The media have simplified everything superficially by sparking controversy over these examples. But this is not the center of Benedict XVI's reasoning, which has a very different inspiration. He speaks of the "threat" represented "by the universal dictatorship of apparently humanistic ideologies."

The new totalitarianism presents itself as the liberator of humanity.

Here is the point. That a man of great culture, profound spirituality and recognized authority would speak of the "threat" of a "universal dictatorship" cannot leave anyone indifferent.

One may object, but in fact, this theme has already emerged in public debate. Even secular intellectuals have shown themselves to be worried about the evident imposition of an "aligned thought" and even MicroMega [an Italian news magazine] has called out "the new season of excesses by politically correct ideology which has led to the rediscovery of censorship by progressives."

Not only this. Authoritative thinkers — such as Giorgio Agamben — have sounded the alarm in recent months over "the state of exception" during "the health emergency," but more generally over politics becoming biopolitics.

Even a secular intellectual who is on the other end of the spectrum from Ratzinger's thought, like the Frenchman Michel Onfray, has published the book Teoria della dittatura [The Theory of Dictatorship] in which he sees on the horizon "a new type of totalitarianism." And so the theme exists [in secular discourse outside the Church].

Ratzinger speaks of the "dictatorship of apparently humanistic ideologies" and adds that "modern society intends to formulate an anti-Christian creed" and that "being afraid of this spiritual power of the Antichrist is all too natural."

Here Benedict XVI's reflection meets, for example, the thought of one of the greatest philosophers of our time: René Girard. Girard effectively uses the same categories of Ratzinger in his book Vedo Satana cadere come la folgore [I See Satan Falling Like Lightning] (Adelphi) to reflect on the present situation. He too identifies "the new totalitarianism."

Antichrist Claims Concern for Its Victims

Girard explains that Christianity introduced "pity for victims" into the world. Today there is humanitarianism (Ratzinger's "apparently humanistic ideologies") that makes this sensitivity its own, but does so against Christianity: "The strongest anti-Christian movement is the one that makes concern for victim its own and 'radicalizes' it in order to paganize it ... The new totalitarianism presents itself as the liberator of humanity."

Just like Ratzinger, Girard too invokes the New Testament figure of the Antichrist, that is, the one who "imitates Christ in an ever better way and even claims to surpass him."

The entire 20th century was filled with literary figures of the Antichrist — from Vladimir Soloviev's A Story of Antichrist to Robert Hugh Benson's Lord of the World – as a great humanitarian and philanthropist, a "usurping imitation" of the Redeemer as evoked in the famous fresco by Luca Signorelli [of the "Deeds of the Antichrist" in the Orvieto Cathedral].

"The Antichrist," writes Girard, "boasts of bringing people peace and tolerance," while in fact "he brings with him the effective return to all sorts of pagan practices" (Girard, like Ratzinger, cites abortion and other modern situations).

In practice, Girard shares Ratzinger's alarm at an anti-Christian modernity, which both of them do not hesitate to juxtapose with the apocalyptic figure of the Antichrist.

Split Between Those For and Against the Church?

Some very interesting considerations on the Antichrist and modernity have also been made by Mario Tronti and Massimo Cacciari in various interventions in the book Il potere che frena [The Power That Restrains] (Adelphi).

The resignation [of Benedict XVI] would then be a prefiguration of the separation between 'Babylon' and 'Jerusalem' in the Church.

This book refers to another question made by Seewald to the pope. Seewald explains that Agamben says that "he is convinced that the real reason for your resignation [from the papacy] was the will to awaken the eschatological conscience. In the divine plan of salvation, the Church would also have the function of being both 'Church of Christ and Church of the Antichrist.' The resignation would then be a prefiguration of the separation between 'Babylon' and 'Jerusalem' in the Church."

Agamben was referring to an old essay by Ratzinger on Tychonius. The pope emeritus does not respond directly, but recalls with Augustine that "many are part of the Church in an only apparent way, while in reality they live against her," while "outside the Church there are many who — without knowing it — belong profoundly to the Lord and thus also to his Body, the Church." 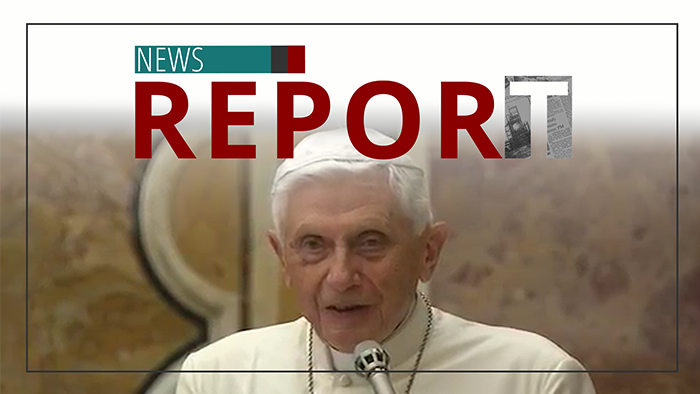