DETROIT (ChurchMilitant.com) - A Federal Trade Commission complaint has been filed against LGBT activist groups, claiming "mass deception and fraud" over the myth that homosexuals are "born that way" and can't change.

Tens of thousands of licensed professionals, thousands of their clients, as well as public policy organizations have formed a coalition called the National Task Force for Therapy Equality (NTFTE) and have filed a report to the Federal Trade Commission, accusing Southern Poverty Law Center (SPLC), Human Rights Campaign (HRC) and National Center for Lesbian Rights (NCLR) of "mass deception and fraud in their efforts to ban counseling by licensed professionals for clients distressed with unwanted same-sex attractions and gender identity conflicts."

We even have video footage of gay activists caught in the act of lies and cover-ups in their effort to deceive lawmakers.

Church Militant spoke with Dr. Laura Haynes, a licensed psychologist and Christian marriage counselor, to clarify the born-that-way theory and available research. Haynes says the American Psychological Association's (APA) Handbook of Sexuality and Psychology cites numerous studies that all disprove homosexuality is primarily genetic and unchangeable. Haynes quotes the handbook: "The inconvenient reality ... is that social behaviors are always jointly determined by nature, nurture and opportunity."

She also explains the APA has given it their "imprimatur," meaning it "could not confer any higher authority" on it.

Haynes quotes Diamond, "a self-avowed lesbian," as writing in her book, in YouTube lectures and in journal articles that "sexual orientation does not come in two types — exclusively homosexual and exclusively heterosexual — that are rigid and unchangeable."

Just recently, Dr. Michelle Cretella, president of the American College of Pediatricians and a co-signatory of the complaint, has argued that the transition-affirming protocol is child abuse.

Cretella told Church Militant, "In my opinion, LGBT activists within medicine, mental health and academia are pushing this false narrative and dangerous experiment on our children to further solidify the 'born this way' myth in their quest for special rights for transgender adults. This is political agenda."

Christopher Doyle, political consultant and coordinator for NTFTE and Equality and Justice for All, told Church Militant that the complaint is a result of five years of work, documenting the LGBT activists' own words and actions for the "deceptive and fraudulent marketing practices" the FTC would classify as "malicious."

Doyle told Church Militant there is a "vast conspiracy and a coordinated fraudulent campaign" by LGBT activists to create a human-interest story each time legislation is brought forward to ban therapy.

One example he cited was an ABC News 20/20 production called "A Boy Named Lucas." Family Research Council (FRC) exposed the "completely irresponsible and grossly misleading hour-long report" put together by ABC News chief investigative reporter Brian Ross on unaccredited boarding schools in Alabama. Incidents of child abuse at the schools had been widely reported, but 20/20 reported the schools as gay "conversion therapy camps," even though no mentions were made that sexual orientation was a factor in the abuse. 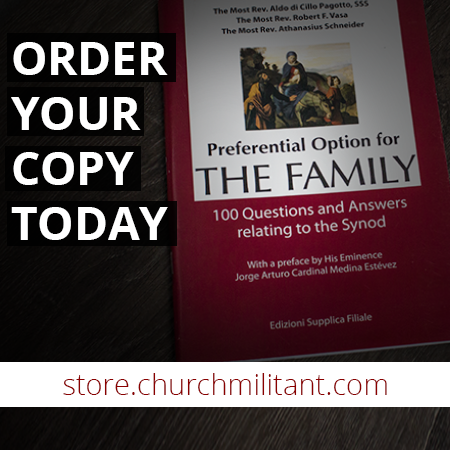 Another example can be found in the transcripts of the first lawsuit brought against a therapist in New Jersey during the trial against Jews Offering New Alternatives for Healing (JONAH). Church Militant obtained the transcripts, and in it the witness Chaim Levin provided sworn testimony that his suicide attempt was not related to his therapy. The Atlantic's insinuation was that it was a result of therapy.

A second witness, Ben Unger, swore under oath to having been harmed by therapy, but the transcripts show that Unger's new therapist claimed he had never heard of Unger's JONAH therapist, Alan Downing.

In the press release for the complaint, Doyle says that "we have documented conclusive and definitive proof that the SPLC, HRC and NCLR are committing mass fraud, and the general public can now see it for themselves." He also claims, "We even have video footage of gay activists caught in the act of lies and cover-ups in their effort to deceive lawmakers."

"We hope this report will prompt outrage from the general public and convince the Federal Trade Commission to finally put a stop to these harmful actions and legislation," Doyle continues, "and restore therapy rights to minors that desperately seek help."