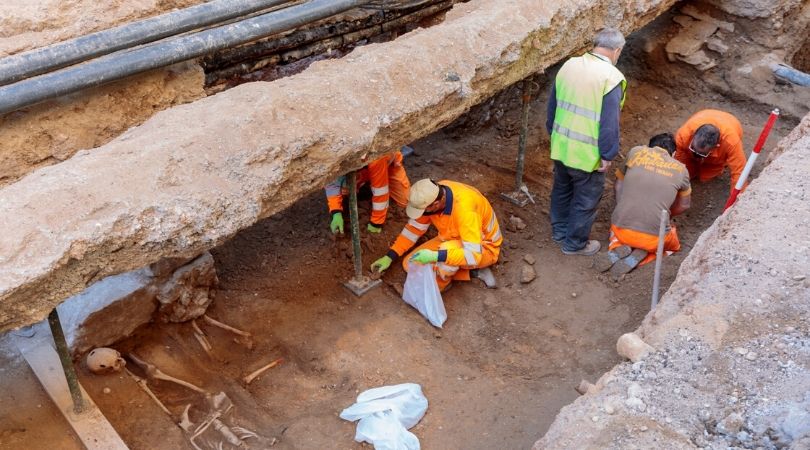 MADRID (ChurchMilitant.com) - In Spain, archaeologists believe that they are "close" to determining whether bones found under a street may be the mortal remains of "Red" Hugh O'Donnell, a 16th-century hero who is still celebrated in Ireland.

It was a nostalgic Irishman who alerted local authorities that the famous O'Donnell's bones might be found under a street in the city of Valladolid. On Wednesday, the city's tourism and culture office noted that four more skeletons were found on the site that was once part of a Franciscan convent razed in the 1800s. One of the skeletons appears to be tall and male.

As part of the city's plans for renovation, the pavement along Constitution Street was broken up by excavators, revealing the graves and what was left of the Franciscan convent, including the pedestal of a stone column. It was one of the most important Franciscan convents in Spain.

In an earlier tweet, the city declared that bones were found in one of two tombs on May 22, the fifth day of excavations. The tweet said, in translation: "A part of the skull, a femur and some more remains appear in what appears to be the access to the Chapel of the Marvels."

In a tweet, Valladolid mayor Óscar Puente stated: "In the chapel of Maravillas, in the very spot where it is believed that Red Hugh O'Donnell as well as Christopher Columbus were buried, there were discovered remains and two tombs."

Puente's tweet included a photograph of the dig, showing a skull, bones and what appear to be two coffins.

At the age of 15 in 1587, O'Donnell married Rose, the daughter of Hugh Mor O'Neil, the 2nd earl of Tyrone, thus sealing an alliance of two warring clans. The subjugation of Ireland by England had begun nearly 500 years before and under the Tudor monarchs extended to efforts by Queen Elizabeth I to eliminate the Catholic faith from the island. Young O'Donnell fell for a trick during the year he was married, and taken to the dungeon at Dublin Castle.

In the chapel of Maravillas, in the very spot where it is believed that Red Hugh O'Donnell as well as Christopher Columbus were buried, there were discovered remains and two tombs.

It was in 1588 that Spanish King Philip II sent his ill-fated "Invincible Armada" to seize England. Philip had been married to Queen Mary, the daughter of Henry VIII (who founded the Established or Anglican Church) and sister of Elizabeth I. Philip and Mary did not have any children; she died after only four years of marriage.

The poorly managed invasion was a disaster, complicated by a storm that wrecked Spanish ships against the Irish and English shores. Philip's attempt to restore England as a Catholic monarchy came to nothing, even as he continued to encourage aspirations in England, Ireland and Scotland to overthrow Elizabeth and her persecution of Catholic priests and laypeople, as well as non-Anglican Christians.

According to Valladolid's city council, "The open enmity between England and a Spain that still remembered the affront of the Invincible Armada made the Spanish king a natural ally of the Irish."

O'Donnell managed to escape in 1591 but was soon captured. However, the following year he managed to escape again in the midst of winter, losing some of his toes to frostbite in the mountains of Wicklow. It is believed that this was the only successful escape from the dreary prison.

An examination of the foot bones discovered by the archaeologists may lead them to identify the owner. Also, DNA may reveal a linkage to Red O'Donnell's closest-known, modern relatives, including contemporary Spanish military historian Hugo O'Donnell, 7th duke of Tetuan and tánaiste (leader) of the O'Donnell clan.

In 1593, O'Donnell rallied with his father-in-law O'Neil to fight English tyranny and its Established Church, engaging in what became known as the Nine Years' War. Returning to his family's ancestral Ulster in the north of Ireland, he took on the title of "The O'Donnell," Lord of Tyrconnell and leadership of his clan. After seizing power from the English at Tyrconnell, he then forced Turlough O'Neill to relinquish leadership of the O'Neill clan in favor of Hugh O'Neill. While Hugh O'Neill did not join O'Donnell in open rebellion at this time, the older man began appealing secretly for help from King Philip II of Spain.

O'Donnell and his men then captured much of the province of Connacht by 1595. Father-in-law O'Neill joined O'Donnell to defeat the English at the Battle of Clontibret in 1596. They met with success again at the Battle of the Yellow Ford on the Blackwater River in 1598, annihilating English troops who were sent to relieve their brethren at Armagh. For a time, O'Donnell and O'Neill appeared on the cusp of winning the entire island.

Irish patriots had hoped at the time that O'Donnell, owing to his character and martial abilities, might have been able to rule as a Catholic over a united Ireland.

However, in 1602 came the disastrous Battle of Kinsale, and "Red" O'Donnell fled to Spain to seek support from King Philip III, who had succeeded his father Philip II in 1598. Upon meeting O'Donnell, Philip III promised to aid the Irish patriots with an invasion.

History records that "it is not probable that any Gael ever received in latter times so great an honor from any other king." It was on his way to meet the Spanish king again that O'Donnell fell ill and lay abed for 17 days. Preparing himself for death, he adhered to strict penance and, after receiving the sacraments of confession and the Eucharist, he died in the town of Simancas in northwestern Spain on Sept. 10, 1602. By some accounts, O'Donnell may have been poisoned by an Irish traitor, James Blake, or succumbed to a tapeworm infection. He was just 29 years old.

Irish patriots had hoped at the time that O'Donnell, owing to his character and martial abilities, might have been able to rule as a Catholic over a united Ireland. Ireland has never been under the rule of any Irish sovereign and suffered centuries of cultural and religious persecution under British rule. The Irish connection with Spain continued over the centuries as Irish patriots left their homeland to serve in Spanish regiments to fight the British, while some entered the ranks of nobility.

According to the Annals of the Kingdom of Ireland (aka Annals of the Four Masters), King Philip III commanded royal honors for O'Donnell's funeral at its Capilla de Maravillas (Chapel of Marvels) in the convent of San Francisco in nearby Valladolid, which was then the capital of Spain. O'Connell's body:

was conveyed to the king's palace at Valladolid in a four-wheeled hearse, surrounded by countless numbers of the king's state officers, council and guards, with luminous torches and bright flambeaux of beautiful wax-light burning on each side of him. He was afterwards interred in the monastery of St. Francis, in the Chapter precisely, with veneration and honor and in the most solemn manner that any of the Gaels had been ever interred in before. Masses and many hymns, chaunts and melodious canticles were celebrated for the welfare of his soul; and his requiem was sung with becoming solemnity.

Remembered as a tragic hero in Spain, O'Donnell was memorialized with a plaque in 2011. An official of Valladolid's tourism authority said she hopes the site will attract Irish visitors.

Researchers are also determining whether the remains of  Christopher Columbus, the explorer who inaugurated Spain's discoveries in the Americas in 1492, might also be at the site. Columbus' remains, however, are believed to have been removed and reburied in the cathedral of Seville and later in the Dominican Republic. 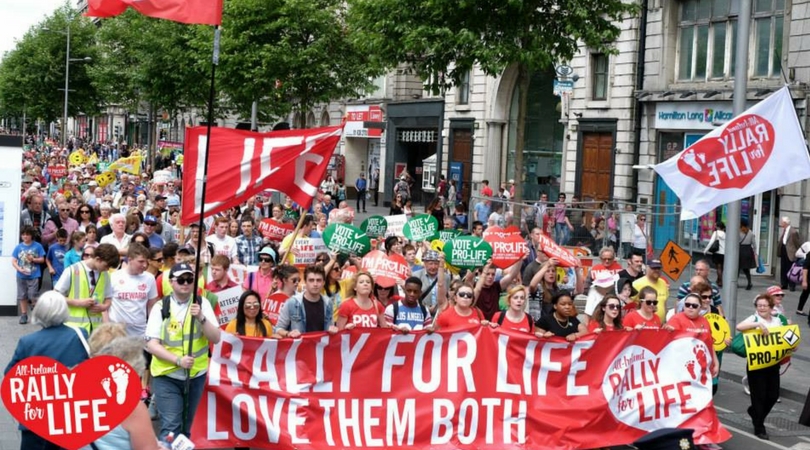 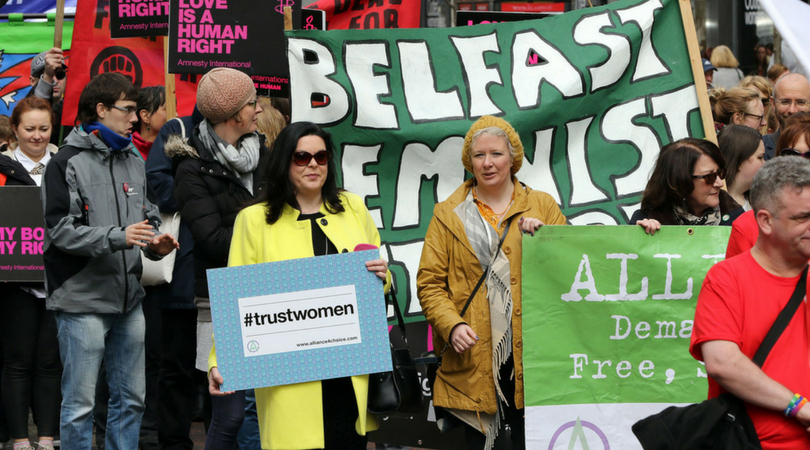 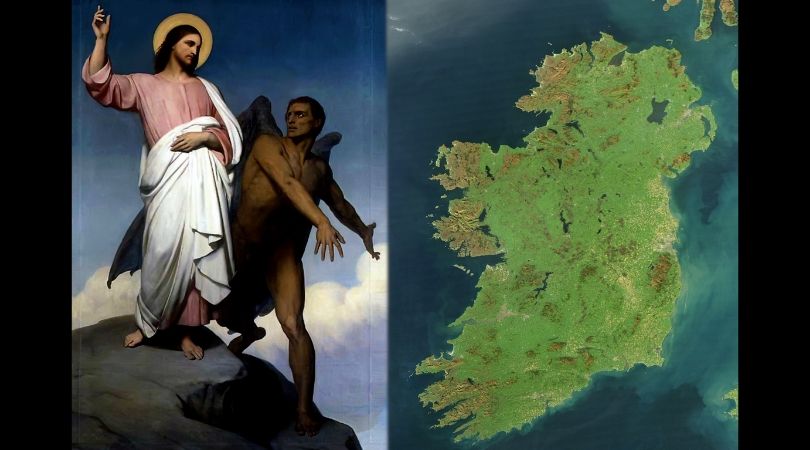