NEWARK (ChurchMilitant.com) - The archbishop of Newark, John J. Myers, is breaking silence on a lawsuit filed against a New Jersey Catholic school for its firing of an openly lesbian dean in a same-sex "marriage."

In a letter dated August 31, Abp. John J. Myers addresses the scandal of a lawsuit currently advancing in the state court system over the termination of "married" lesbian Kate Drumgoole from her position at Paramus Catholic High School — an action court filings maintain is in direct violation of state anti-discrimination laws. According to Drumgoole, she was abruptly removed from her position after school officials were made aware she was in a same-sex "marriage." Despite fierce opposition from nearly 3,900 Paramus alumni and parents, the Catholic school has held its ground, refusing to reinstate her.

Free clip from CHURCH MILITANT premium
WATCH NOW
"[A]ll involved in the ministry of Catholic education are required to conduct themselves in a manner that is consistent with the discipline, norms and teachings of the Catholic Church," Abp. Myers states. "With respect to its teachers and administrators, the Church acts on facts. When credible evidence comes to its attention that an employee is violating the tenets of the Catholic faith, it is compelled to investigate and take appropriate action."
Echoing similar statements made by attorneys for Paramus Catholic High School in their arguments before the court, the archbishop continues, "Every religious organization has the right to promote and define its own identity, mission and message." Therefore, he notes, when those involved in Catholic education offer "a public counter-witness to Catholic teaching," a great deal of "confusion and uncertainty" often arise among the youth exposed to the individual's counter-witness.

"When that happens," the archbishop maintains, "the Church must be free to take corrective steps to maintain the identity and the integrity of her mission. This right is protected by the United States Constitution as well as federal and state law."

Legal representation for Paramus concur, arguing that New Jersey Laws Against Discrimination allow the Church, and institutions operated under it, to hire and fire based on the individual's cooperation with Church teaching. Drumgoole, they maintain, "was not terminated because of her sexual orientation" but instead owing to her "violating the Ministerial Policies and the Code of Ethics — in failing to abide by the tenets of the Roman Catholic faith, i.e., by entering into a same-sex marriage."

In concluding, Abp. Myers asserts the Church in New Jersey, and in turn Paramus Catholic High School, will hold their ground:

It seems that many have equated, mistakenly, the Church's position of welcoming sinners (for we are all sinners) with the notion that we accept teaching and lifestyles contrary to the principles of our Faith that can create scandal in our Church. ... The invitation to join in the life of the Church does not include an invitation to alter or redefine what the Church believes or teaches, nor is it an invitation to allow others to define the identity, mission and message of the Church. Even Jesus recognized that some people could not or would not accept His teaching. He was saddened when they walked away from Him, but He never altered His teaching. Nor shall we do so today.

The archbishop's letter comes shortly after Monday's decision from Superior Court Judge Lisa Perez Friscia, allowing the legal proceedings against the high school to proceed, citing the need for "further discovery" to determine if Drumgoole engaged in any sort of ministerial work in her position as dean.

"This is just round one," remarked Larry Kleiner, an attorney charged with representing Drumgoole. "But this gains us entry to the courtroom."

The opposition from Paramus alumni continues to mount as well, with former students decrying the school's supposed attempts to "institutionalize" an "oppressive worldview." They are also calling on Paramus officials to make reparation for their actions by issuing a formal apology to Drumgoole as well as current high school students, in addition to implementing "policies against employment discrimination on the basis of biological sex, sex assigned at birth, gender identity, gender expression, sexual attraction, romantic attraction, and marriage status." 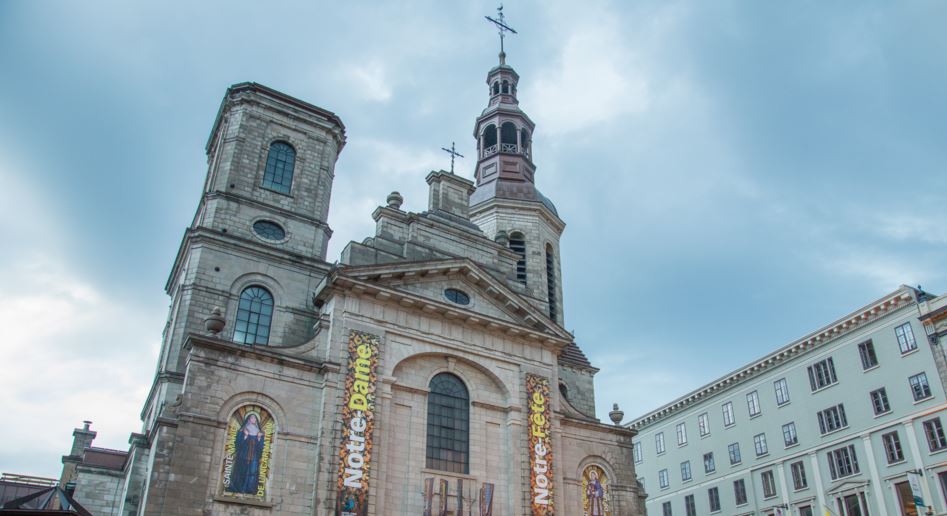