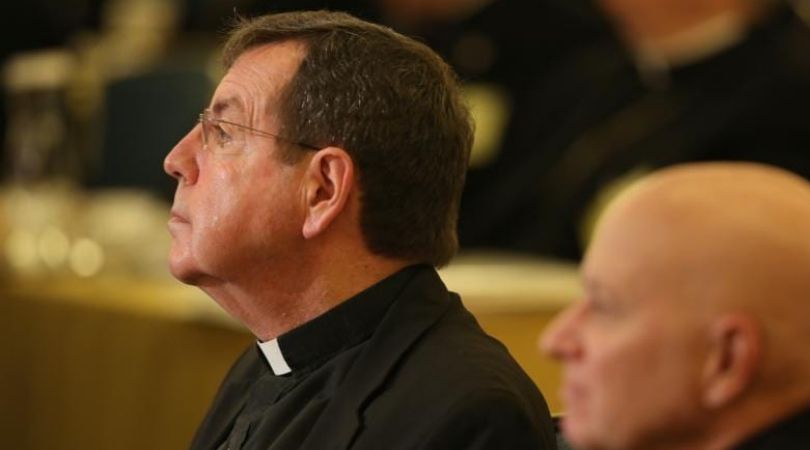 DETROIT (ChurchMilitant.com) - After a victims' group calls for the archdiocese to update their list of accused priests, the archdiocese admitted religious orders in the state have not published lists of credibly accused members.

On Tuesday, members of Survivors Network of those Abused by Priests (SNAP) protested outside the archdiocese of Detroit's chancery offices to demand the archdiocese and Abp. Allen Vigneron take action to name all priests facing credible abuse allegations.

Speaking to the Detroit Free Press, Jeanne Hunton, the Michigan director for SNAP said, "There are more names that should be on the list."

Church Militant reached out to the archdiocese of Detroit and was provided a statement prepared by Ned McGrath, the director of communications for the archdiocese. In it, they admitted that some of the religious orders in the diocese have not made their list of credibly accused clergy public.

"Some of the 30 religious orders currently serving in the archdiocese have made public the names of their priests who have been credibly accused of clerical sexual abuse of a minor; some have not," the statement noted. "The archdiocese is actively working with all the religious orders to ensure that the most accurate information is listed and available to the public on our website."

"We know that religious orders are resisting providing their lists," Hunton told Church Militant. "That is why we believe the archdiocese, if they want more credibility about their concern for abuse victims and proof of transparency, will use the 'wealth' of their resources to add the names they are already aware of to the list and not count on the religious orders to voluntarily turn them over."

Hunton said according to their advisors, there are at least 30 more names from religious orders that are not on the list.

She continued to say that they don't know if there are additional diocesan priests that haven't been named.

"We can't give a solid answer based on the information Church officials have been willing to share so far," Hunton explained.

"We believe the best way to get the full picture is for attorney generals to investigate," she added.

This revelation comes the same day the bishops issued a new document detailing the work of the U.S. Conference of Catholic Bishops' (USCCB) meeting in Baltimore, Maryland this week officially exempting bishops from the provisions of the Charter for the Protection of Children and Vulnerable Adults.

Among their resolutions, the bishops encouraged lay participation in sex abuse investigations against bishops but clarified it is not mandatory. Pope Francis' motu proprio Vos Estis Lux Mundi gives the metropolitan archbishop near-total control of the investigation into other bishops.

This series of procedures is a major step in our work to establish clear protocols for the reporting and processing of accusations against bishops who abuse children and vulnerable adults or who shield abusers. As metropolitan archbishop of the Province of Michigan — the seven Catholic dioceses in the state — I am committed to implementing a process rooted in transparency and accountability for all. The faithful deserve nothing less. Most gratifying to me is the call to include lay people in this important work. That is absolutely essential.

In May, Michigan Attorney General Dana Nessel announced the arrest of five former Catholic priests from the dioceses of Lansing, Kalamazoo and Detroit.

The charges stemmed from tips received from their abuse tip line and corroborated by the files the attorney general seized during the raid of the archdiocese of Detroit in 2018.

"This is only the tip of the iceberg," the attorney general said. "We anticipate many more charges and arrests as we continue to move forward with this work."

The full statement from the archdiocese of Detroit is below:

In recent months, the Archdiocese of Detroit was made aware of concerns about names of religious order priests not included on our list of clergy credibly accused of abuse. At that time, we committed to re-examine each name on our list, as well as the information provided by the many religious orders that have worked in our area. This commitment stands.

Our list is continually updated as we receive new information. For example, on May 17, 2019, we added deceased priest Father Jan (John) Tyminski to the list, following a posthumous complaint being reported to the archdiocese and deemed credible. In addition, we added the names of Patrick Casey, Neil Kalina, PIME and Lawrence Ventline, all publicly named as subjects of a state investigation. The archdiocese appreciates any assistance and updates from members of the community in our efforts to keep our information updated and accurate.

Individuals with knowledge of sexual abuse by clergy or other Church representatives are urged to contact local law enforcement and/or the Michigan Attorney General's Office at (844) 324-3374 or aginvestigations@michigan.gov. Individuals also may contact the Archdiocese of Detroit by visiting protect.aod.org, calling the toll-free, 24/7 victim assistance line at (866) 343-8055 or by emailing vac@aod.org. There are no time limits or restrictions on individuals wishing to report abuse.