Are We Headed Towards Another Civil War?

After watching the "peaceful" protests and the criminal riots around the country in the last few weeks, I began to wonder just how close we may be to a civil war.

Since the death of George Floyd at the hands of a Minneapolis police officer — for the record, an officer who had no business being in law enforcement — there have been multiple deaths of innocent people, including police officers and citizens, while numerous small businesses have been destroyed by arson and looting.

While there are certainly sincere protestors simply asking for fairness when it comes to interaction between police and the community, seeking the kind of colorblindness that Dr. Martin Luther King Jr. promoted during his (truly) peaceful movement, what we are witnessing across our country is complete and total anarchy.

Antifa and Black Lives Matter — with the help of funding from billionaire America-haters and the mainstream news media — are leading many of these so-called protestors like sheep to destroy the greatest nation in human history until they get what they want, a free-for-all society where there is no judgment and where dissenters are destroyed.

Let me say up front that if I were prosecuting former Minneapolis police officer Derek Chauvin, he'd already be serving prison time. There is absolutely no excuse for Floyd's death, regardless of Floyd's criminal past.

It's ironic that in this country, it took two years to impanel a jury in the case of would-be assassin John Hinckley Jr. following his shooting of President Reagan and others. In comparison, Turkish terrorist Mehmet Ali Ağca was arrested, tried, convicted and serving prison time within six weeks of his attempted assassination of Pope John Paul II. Justice delayed is justice denied for both criminals and victims.

Back to our current situation.

A few short years ago, I asked the spokesman for Rev. Jesse Jackson what the acclaimed politician and social justice advocate felt about the Black Lives Matter chants of "No justice, no peace" and "Pigs in a blanket, fry 'em like bacon." I got no response.

Yes, that is the very same Jesse Jackson who is based in Chicago, the murder capital of the world. So where is the reverend now when it comes to the violence in his city? Where is social justice advocate Rev. Al Sharpton? Where is former President Barack Obama, who once represented the state of Illinois in the Senate?

Antifa and Black Lives Matter are leading many of these so-called protestors like sheep to destroy the greatest nation in human history.

While cities are burning around the country for the alleged purpose of justice (a self-defeating effort to say the least), none of these black "leaders" dare address the continued carnage in the Windy City — the carnage that has been going on for, literally, decades.

Perspective on the Carnage

Yet, in one single American city — Chicago — there were, during that same period, 8,384 violent deaths — and most of the deceased were young people. So again, where are those so-called black leaders when it comes to Chicago?

The following yearly violent-death counts will hopefully give the reader an idea of the severity of the murder problem in the Windy City:

Since Eddie T. Johnson was appointed police chief in 2016 by Mayor Rahm Emanuel (a progressive Democrat and Obama advisor) some 13,067 people have been shot in Chicago. Of these, 82.7% were blacks shot by other blacks, while 12.3% were Hispanic, 3.5% were white, and 1.5% were of unknown race. And under Mayor Lori Lightfoot, a progressive Democrat, Chicago saw the first 24 hours in 60 years where 18 people were shot to death.

Another city dominated by Democrats has seen a similar uptick in firearm violence. In June, under leftist Democrat Mayor Bill de Blasio, New York City saw an increase in shootings of 130% over the same period in 2019. What was New York City's response to murder and mayhem? It cut the New York Police Department's budget by $1 billion.

Government's most important function, protecting its citizens, is going unfulfilled.

And what is Mayor de Blasio's approach to this horrific situation? He authorized the painting of a "Black Lives Matter" mural down the middle of the street in front of Trump Tower. De Blasio even joined others in daubing the paint that proclaimed the slogan of a far-left group that seeks to eliminate the traditional family as well as democracy and free enterprise. How is that not divisive?

Numerous New York City shop owners are already voicing their outrage over this pandering on the part of a mayor who has opposed law enforcement from the time he took office — a mayor who has done absolutely nothing to stem the tide of skyrocketing murder and mayhem in a city where crime rates once plummeted under the leadership of Republican mayor Rudy Giuliani.

Similarly, during the week ending June 6, the city of Los Angeles experienced a 250% increase in homicides over the previous week. What was that city's response? The city council voted to cut the Los Angeles Police Department's budget by $150 million.

Following multiple shootings in Seattle's so-called "autonomous" zone, what was the city's response? They held a training session for white law enforcement officers dubbed, "Interrupting Internalized Racial Superiority and Whiteness." This taught them how to "practice self-talk" that "affirms their complicity" in racism and about "undoing" their own whiteness.

Only after President Trump threatened to bring in federal troops to clean up this carnage zone did the locals finally send in the police to do so. The Democrats' idiocy will lead this country into another civil war. And this is not what Dr. Martin Luther King Jr. promoted.

Democrats Own the Destruction

Each one of these major cities has been under the control of the Democratic party for decades. Each of them ranks near the top in terms of homelessness, crime rates, COVID-19 cases and numbers of welfare recipients.

Obviously, the politicians in these cities are doing nothing to improve the lives of their citizens. And yet, government's most important function, protecting its citizens, is going unfulfilled.

California's latest Democrat lunacy is Gov. Gavin Newsom's announcement that he is authorizing the release of some 8,000 convicted felons into the community due to increased COVID-19 cases in state prisons.

In my attempt to ask the governor or his staff how it is safer to have such coronavirus-infected inmates living among the general population than in the prisons where they were duly sentenced, I spoke with a member of the governor's staff. Identified as "Ramon," the spokesman claimed that such a release is only at the planning stage at this time.

Ask the innocent victims of crime, violent and otherwise — those who have lost family members, businesses and life savings to the carnage unleashed by criminals — how well their Democratic politicians are protecting them. Whether or not the announced release of the 8,000 inmates from California prisons is merely a plan or the governor's intent, I suspect that such an idiotic proposal will be more than the average sane California voter will tolerate from this radical-leftist governor. 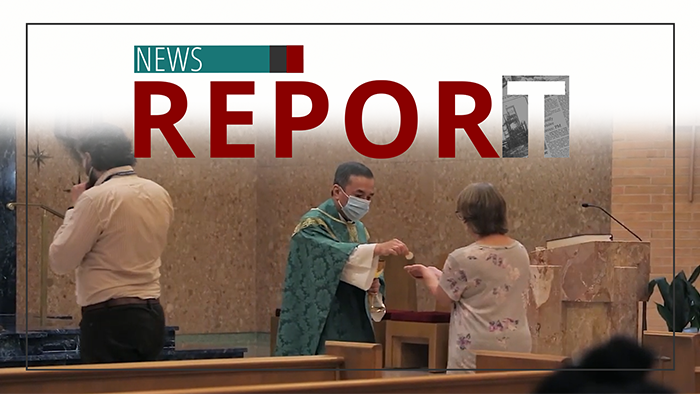