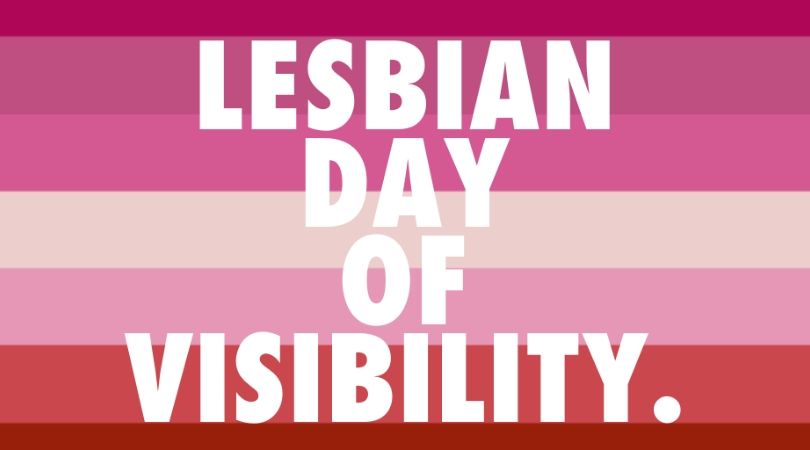 Advancing depravity under the facade of mourning a 'hate crime'

A leftist member of the National Congress of Argentina has introduced a bill designating March 7 as the national "Day of Lesbian Visibility," ostensibly in remembrance of an alleged hate crime against a homosexual woman. Gabriela Estevez represents Cordoba, Argentina's second-largest city, for Frente de Todos ("Front for All"), which is the pro-abortion coalition of various Perónist and leftist parties that swept President Alberto Fernandez into power in 2019.

As offered by Estevez, the bill would require Argentina's national government to "implement specific activities to commemorate the Day of Lesbian Visibility and to make them known through official communications channels." The bill also calls upon the country's Ministry of Education, in concert with the national education council and local education authorities, to incorporate lesbian visibility as part of the curricula offered throughout all levels of public instruction.

The date was chosen in memory of Natalia "Pepa" Gaitán (27), who was murdered in Cordoba in 2010. Argentine media have labeled her death as a "hate crime" because she was killed by a man who was opposed to her relationship with his female partner's daughter.

Daniel Torres was convicted of killing Gaitán with a shotgun blast and sentenced to 14 years in prison. While the local court convicted the killer on a charge of gun-related homicide, LGBTQ advocates point out that Gaitán's sexual orientation was not considered by the court, despite a charge presented by prosecutors. As a result, some claim that the hate crime — and the entire LGBTQ movement, by extension — were made "invisible."

Daniel Torres pulled the trigger of a 16-gauge shotgun, firing a blast that struck Gaitán in the shoulder.

In a video statement on her Facebook page, Congresswoman Estevez editorialized about Gaitán's death, saying that the "shotgun that violently took her life was loaded with hatred. She was killed because she was a lesbian. The discharge of that shot was filled with the condensed violence that she had suffered throughout life." She said that even though Gaitán's murderer "pulled the trigger, it was government and society that were behind it."

In a statement to the press, Estevez claimed that lesbians allegedly suffer violence at the hands of government and law enforcement because of their sexual orientation, leading to their "invisibilization" (sic), which is a result of discrimination. She said that they are excluded from programs for victims of gender violence, programs she labels as "heteronormative." This is why a specific national "visibilization" is supposedly needed. According to Estevez, "There can be no feminism that excludes lesbians and [male] transvestites."

Gaitán lived in a slum in Cordoba, where she taught physical education and conditioning to children at a community center founded by her grandmother. There she practiced boxing and martial arts, reportedly to address her fits of anger. At the age of 12, Gaitán attempted suicide by cutting her wrists but survived. At the time of her death, she was living with Dayana Rodriguez.

On the day of the killing, Rodriguez was arguing in the street with her mother about the relationship with Gaitán. When Gaitán intervened between the two, Torres challenged her. Gaitán replied, "Shoot, if you are a man!" Torres pulled the trigger of a 16-gauge shotgun, firing a blast that struck Gaitán in the shoulder. She died in hospital hours later.

Since 2017, LGBTQ campaigners have commemorated Gaitán's death in various Argentine cities with sit-ins, workshops and rallies demanding that her death be considered a hate crime. They point out that Argentina's national penal code was amended in 2012 to provide a penalty of up to life imprisonment for hate crimes based on sexual orientation, gender identity or gender expression.

Article 80(4) of the Argentinian penal code states that life imprisonment shall be imposed on anyone who kills for pleasure, greed or hatred based on racial, religious reasons, gender, sexual orientation, gender identity or gender expression.

The LGBTQ movement has enjoyed considerable success in Argentina. The South American republic authorized same-sex "marriage" in 2010, thus becoming the second country in the Americas to do so. The movement has gained ground with President Fernandez (who has a transvestite son). The left-leaning Fernandez is also resolved to further diminish protections for unborn babies, having vowed to sign legislation this year to eliminate most abortion prohibitions. Nevertheless, he was well received in February 2020 by Pope Francis, a fellow Argentine.

The LGBT movement endangers democracy and traditional values via a 'gradual loss of basic liberties' disguised under the ideas of 'liberation and progress.'

While he was in Rome, Fernandez and his paramour attended Mass at a Vatican chapel where they both received Holy Communion from Bp. Marcelo Sánchez Sorondo of Argentina. The bishop recalled that he celebrated a Mass at that chapel in 1972 that was attended by former president Juan Perón.

Perón founded the nationalist and anti-American "Justicialist Party" in the mid-1940s, spawning an electoral machine, parties and candidates that have since been dubbed "Perónist." Elected president in 1946, Perón led a government that welcomed Nazis and Italian fascists, nationalized industries, cracked down on dissent, introduced social-welfare schemes and clashed with the Catholic Church.

Overthrown in a military coup in 1955, he spent years in Spain cultivating supporters from the left and right. Perón returned to power in 1973 with help from the military but died shortly thereafter. The resulting power vacuum saw contention between various Perónist factions. During such time, the Argentinian military fought leftist terrorists and crushed democratic dissenters in what became known as the Dirty War — a war in which thousands died in military and police custody.

Since its inception, Perónism defied ideological labels and has seen several nominal adherents ascend to the presidency in the years after its namesake's death. For example, in the late 1980s, Perónists embraced the United States and privatization under President Carlos Menem. But since 2000, led by presidents Nestor Kirchner, Cristina Kirchner and Alberto Fernandez, it has taken a leftist tilt and has gained support from anti-American leftist, President Hugo Chavez of Venezuela.

Agustin Laje, co-author of The Black Book of the New Left, told AIM Digital in March that the transgender movement endangers democracy and traditional values, saying that it will cause "a gradual loss of basic liberties following the dictates of a political and ideological movement that, paradoxically, disguises itself under the ideas of 'liberation' and 'progress.'"

Even so, some Catholic bishops appear to be at least open to the LGBTQ movement. Abp. Jorge Eduardo Lozano of San Juan province, for instance, is opening a locale for LGBTQ advocates, ostensibly to offer counseling, job training and referrals.

Lay Catholics have resisted the movement, having also resisted the Perónist government's liberalization of laws protecting unborn babies. Some are pointing out that the proposed date for national lesbian recognition would coincide with the Church's commemoration of Blessed María Antonia de la Paz y Figueroa, a saintly laywoman known as Mother Antula.

Born in 1730 in colonial Argentina, Mother Antula left behind her wealthy family and dedicated her life to assisting Jesuit and Mercedarian priests in spiritual exercises and retreats. At the age of 47, Mother Antula began a life of travels as a barefoot missionary, begging alms.

For two years, she visited the northernmost provinces of Argentina, founding hostels for the poor and encouraging spirituality among the wealthy. She reached Buenos Aires by foot in 1779 in the company of her spiritual sisters and overcame hostility on the part of Spanish colonial officials. After a life of penitential poverty, during which she aided the poor and encouraged charity on the part of the rich, she died in 1799. Catholics are hoping that her sainthood will soon be recognized by Pope Francis.