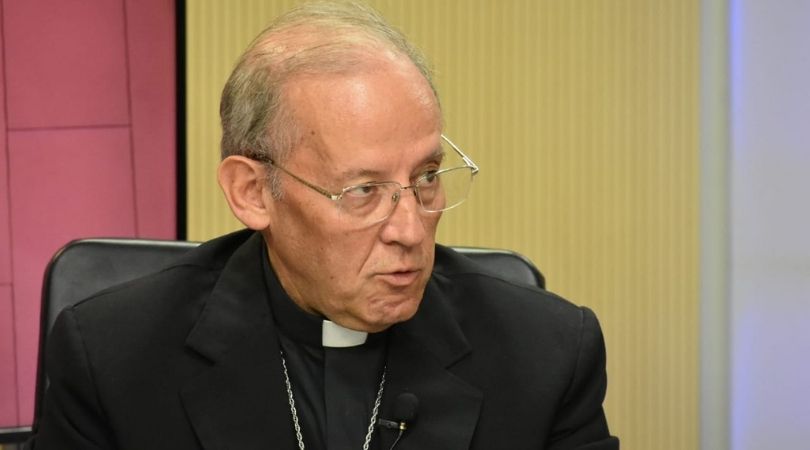 SAN RAFAEL, Argentina (ChurchMilitant.com) - An Argentine priest is being suspended after attacking his bishop during a meeting regarding the closing of the local seminary.

On Monday, Fr. Camilo Dib was suspended after he physically attacked his bishop during the meeting. Bishop Eduardo María Taussig of the Diocese of San Rafael suspended Dib according to Church law but did not involve civil authorities. The suspension came while Dib was being questioned by the bishop regarding his involvement in recent protests over the closing of the diocesan seminary in July.

According to a diocesan statement released on Tuesday, "Fr. Dib lost control of himself and suddenly attacked the bishop, violently."

"Those present tried to stop the fury of the priest," it continued, "who, despite everything, once again tried to attack the bishop who, thank God, was shielded by one of those attending the meeting." After that, others present at the meeting kept Dib away from the bishop.

There have been regular protests outside the bishop's residence and Dib had been a part of them. Taussig's decision to close the seminary had caused several protests and vigils by hundreds of faithful laymen, who drove in caravans from the Mother of God seminary to the diocesan headquarters to loudly denounce the decision and beg for a reopening.

Diocesan spokesman Fr. Jose Alvarez told local media, "There was no struggle. It was one person attacking another." He did not offer an explanation for Dib's attack, noting he "will have to explain later his psychological reasons," further calling it "out of order" and a "grave delict."

Dib served a parish in Malargüe, a small town some 100 miles from the city of San Rafael, which lies in the remote Andean province of Mendoza. While Taussig was celebrating Mass on Nov. 21, a group of protesters, including Fr. Dib, interrupted the Liturgy.

According to the diocese, Fr. Dib has been suspended from his priestly functions according to canon 1370 of the Code of Canon Law, which states:

Local media reported that someone slashed the tires of the bishop's car while he was trying to address anxious Catholics. While he waited for another vehicle, Taussig confronted the protesters. During the protest, laymen were seen holding up signs that read "traitor bishop," "wolf in sheep's clothing," "we are orphans without a shepherd," "don't close the seminary" and "we demand an apostolic visitor."

The bishop's statement called on the faithful to accept the "grace of the manger and before the Child God who looks at us, seek a sincere spirit of conversion that brings the peace of the Lord to all."

In July, Taussig announced that he was shuttering the diocesan seminary. He claimed that he was doing so with the express authority of the Holy See. A diocesan spokesman said then that the order came from the Vatican Congregation for the Clergy and was "due to the undisciplined reaction of a good part of the clergy of the diocese."

The closure came after most diocesan priests, joined by laity, objected to Taussig's order that the Eucharist should be distributed only by hand in compliance with a directive from health authorities concerned over possible COVID-19 contagion.

Approximately 80% of San Rafael's priests objected to the bishop's order, noting in a letter to the bishop that canon law allows the faithful to receive the Eucharist by mouth or in the hand. They also noted that in the 100 days before the letter was sent, no one in San Rafael had been diagnosed with the virus.

Noting that the Argentine bishops' conference had merely suggested reception of the Eucharist in the hand rather than requiring it, they said they were surprised by Taussig's directive. Moreover, they were disheartened by the closing of the seminary, which has contributed 150 priests to parishes in Argentina, Cuba, Spain and elsewhere since the 1980s.

In a message to Church Militant, Antonio Caponnetto — an Argentine historian and journalist — recalled that St. Nicholas of Myra (a.k.a. Santa Claus) was a staunch defender of the Faith in the fourth century. According to tradition, the holy bishop Nicholas slapped the heretic Arius during the First Council of Nicaea, which was convened by Emperor Constantine in A.D. 325. It was Arius who fostered the false teaching that Jesus Christ is subordinate to God the Father. Caponnetto also recalled that Pope Francis himself said in 2015, "Anyone who insults my mother can expect a punch."

Father Dib lost control of himself and suddenly attacked the bishop violently.

In a YouTube video, Fr. Dib recalled his childhood in Tucumán, a province in northern Argentina, where he was raised as a Muslim by his immigrant parents. In the public schools of the time, the Catholic religion was taught. When his schoolmates prepared for their First Communion, he asked his teacher to join them. He was told that he should be baptized first.

After baptism, he received the Eucharist but hardly practiced the Catholic faith until his late teens. During his university studies, he felt a call to faith and to the priesthood. He was eventually accepted at the diocesan seminary in San Rafael, where he was ordained in 1995. According to Islamic law, all faithful Muslims are obliged to murder any fellow Muslim who apostatizes from Islam. Catholics consulted by Church Militant said that this is testimony to Fr. Dib's courage and humility.

In another YouTube video, Fr. Dib said that what is most "painful for Christians is neither the virus nor death, but to not live in God's grace. Therefore, it is painful to not receive the sacraments." In this, he was referring to the many parishes where the Mass has been suspended because of health concerns.

Consulted by Church Militant, Andrea Greco de Álvarez, an Argentine scholar, said it is a "scandal" that the Vatican should agree to close the San Rafael seminary, which had 38 seminarians in residence until November. In an interview, she said the seminarians have been sent home to seek other seminaries. Álvarez said that seminaries in other countries are being closed because of a lack of vocations and asked why Pope Francis would close an active seminary. "We pray outside the chancery twice every week," said Álvarez in reference to the vigils held by laity. She added, "We pray that Bp. Taussig will change his mind." She praised Fr. Dib for his courage in embracing the Catholic faith and for expressing the mind of the laymen of the diocese.

There remains one seminary in San Rafael. However, it is operated independently of the local bishop by the Institute of the Incarnate Word.