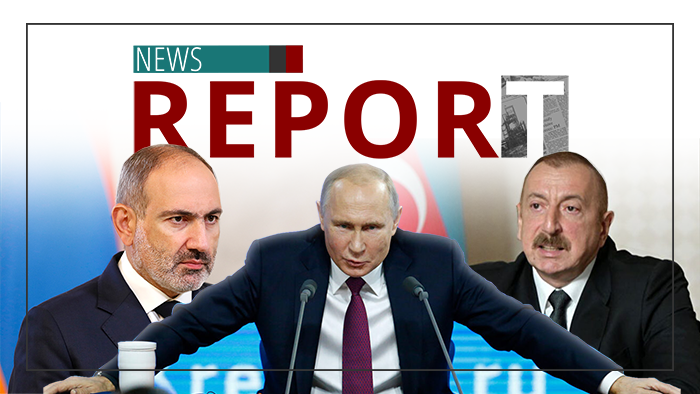 Ganging up on Christians

Armenians fear a bleak future after losing territory in a seven-week military conflict with neighboring Azerbaijan.

Exiled Armenians have burnt their homes before fleeing to keep Muslim invaders from occupying them. Many fear the Muslim jihadists will destroy their Christian sanctuaries as well.

This chaos was fostered by a Russian-brokered peace deal, allowing Azerbaijan, aided by Turkey and bolstered by Syrian mercenaries, to conquer portions of Armenian-occupied territory named Artsakh, also known as Nagorno-Karabakh.

Journalist and editor Jerry Tutunjian says Russian power plays are nothing new, "In 1921, the Caucasian Central Congress of the Communist Party decided rather than to Azerbaijan, Artsakh (Nagorno-Karabakh), should belong to Armenia. The next day, Stalin rejected the idea."

With the fall of the Soviet Union, Artsakh declared its independence as an Armenian enclave. The region has been Armenian for centuries, predating the birth of Christ and was the first nation to embrace Christianity as the state religion in the fourth century.

In spite of this history, Western media bluntly proclaimed the Armenian-settled region as legally belonging to Azerbaijan: Under international law, though, current international law, Armenia has been illegally occupying Nagorno-Karabakh and the adjacent areas for more than 25 years," one journalist said.

Armenians are furious with their elected officials for capitulating to Azerbaijan but also with the international community — including Israel — for selling weapons to their enemies; and with the United States for supplying military funding in the tens of millions to Azerbaijan, which used these resources to dominate its isolated Christian neighbor.