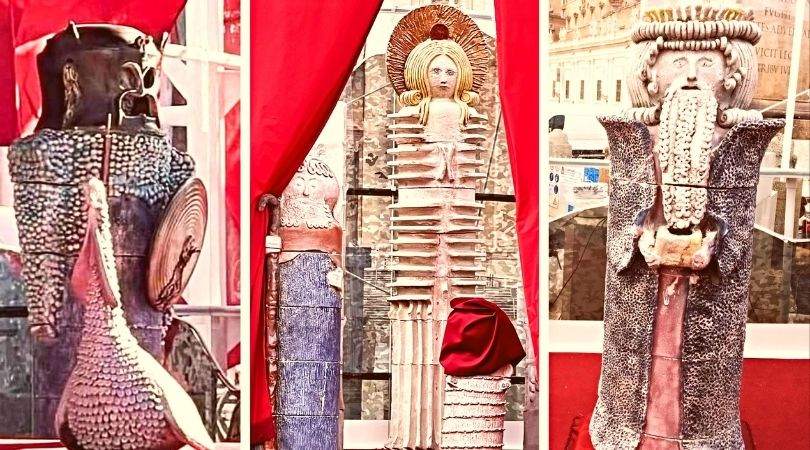 VATICAN CITY (ChurchMilitant.com) - The Vatican's Christmas crib has been swamped by a tidal wave of mockery and outrage, with laity and art historians linking the "syncretist," "brutalist," "modernist," and "masonic" manger to Pope Francis' compromised Catholicism.

Catholics on social media and art critics in the mainstream press lampooned the Nativity scene after it was installed in St. Peter's Square Friday evening, accompanied by an almost audible sigh of Weltschmerz and a round of feeble applause.

"Forget the sweet face of the Madonna, the tender, luminous incarnation of the Child Jesus, the paternal sweetness of St. Joseph and the devout wonder of the shepherds," warned Italian art historian Andrea Cionci.

"For the first time in the middle of Bernini's colonnade, the Vatican has erected a brutally postmodern work dating back to the sixties," Cionci remonstrated in Libero Quotidiano, asking if the crib was a "nightmare or a masterpiece."

"In the choice of this crib, all the themes of Francis' pontificate are recognized: above all, heavy modernism and a drastic break with Tradition," the historian lamented.

The crib, titled "Monumental Nativity," was designed between 1965–1975 by students and teachers from the FA Grue Art School, the Italian bishops' media Avvenire reported.

The art that inspired the 54 crib characters originates from Castelli village in the Gabriele d'Annunzio region of Italy, "which since the 16th century has been a center for the production of ceramics appreciated all over the world," Avvenire observed.

The figures resemble the masks of the ancient and ferocious Samnites, ancestors of the Abruzzese, who had a pantheistic, animist, fetishist, magical religion, a bit like the Andean fertility goddess Pachamama.

However, speaking to Church Militant, Cionci challenged the Vatican's hype on the allegedly indigenous characteristics of the crib from Castelli.

"I myself, being half from Abruzzo, know well the culture of this beautiful region overlooking the Adriatic," Cionci said. "This is a land with the beauty of the South and North. We are a people of heart, animated by an ardent Catholicism and very close to Tradition, as handed down in the pages of the great national poet Gabriele d'Annunzio in the novel The Triumph of Death (1894)."

Castelli's "Nativity scene" is an outdated work and the product of a strongly ideological art school. The work offers an image of Castelli's ceramics that most certainly does not correspond to reality, given that this admirable art is famous for its formal elegance and exquisite, delicate decorative inspiration that are completely absent here.

Cionci asserted that the crib "is bad publicity for Abruzzo, a real scandal for the eyes of children and people who, in St. Peter's Square, will hardly want to break their heads in conceptual criticism, but simply want to be moved, standing like [today's] shepherds in front of the Mystery of the Nativity."

Earlier, a Vatican City Governorate press release announced that the manger "aims to be a sign of hope and faith for the whole world" especially " in this difficult time due to the COVID-19 health emergency."

But British art historian Joseph Shaw told Church Militant that "this year's crib scene is not something anyone could pray in front of, however: it is anti-devotional. We can only hope it will quickly be forgotten."

Dr. Shaw, a fellow of the distinguished Royal Society of Arts, noted that the Vatican's Nativity scene "perfectly encapsulates the attempt by some in the Church today to revive the avant-garde ideas of the 1960s."

Castelli's 'Nativity scene' is an outdated work and the product of a strongly ideological art school.

What was new then is today familiar and stale; things which when new at least stimulated debate, even if they were incorrect, now just elicit a yawn. What they retain is their ugliness, their shallow attempts to reference issues of modern importance, and their lack of connection with the supernatural.

To elicit devotion, religious art does not need to be boring. On the contrary, by making complex connections with the patrimony of Catholic art, scripture, and theology, it can be extraordinarily rich in meaning, while still making a direct appeal to the senses and the emotions through familiar images.

The crib figures include what Cionci describes as "a Muslim imam, a Jewish rabbi, an astronaut and even an executioner (as a symbol of protest against the death penalty) but only some of them have been exhibited."

The art historian described some of the figures as "the angel with the 'cooling fins,' the horned warrior, the stunted and hairy animalistic figures, the Assyrian-Babylonian beards of the Magi, the 'Alien' cosmonaut and other totemic figures more similar to archaic matryoshka (nesting dolls) than to characters in a Nativity scene."

Ironically, given Pope Francis' emphasis on "ecological conversion," there are no elements of nature portrayed in the manger. A zigzagging neon in the background "suggests the profile of a mountain, but seems more like a flash of lightning."

Cionci noted that the figures resembled "the masks of the ancient and ferocious Samnites, ancestors of the Abruzzese, who had a pantheistic, animist, fetishist, magical religion" which was "a bit like the Andean fertility goddess Pachamama."

"The references to the Greek, Egyptian and Sumerian sculptures of the characters suggest the liberal historical-critical method of interpreting Scripture," he remarked. Liberal biblical scholars have hypothesized various aspects of the Bible as adaptations of pagan cultures rather than the result of divine revelation.

On Saturday, Pope Francis addressed artists performing at this year's Christmas concert, and insisted that artistic creation "was the perception and contemplation of beauty."

In 2019, in his apostolic letter "Admirabile signum" on the crib, Francis wrote: "The enchanting image of the Christmas crèche, so dear to the Christian people, never ceases to arouse amazement and wonder. The depiction of Jesus' birth is itself a simple and joyful proclamation of the mystery of the Incarnation of the Son of God." 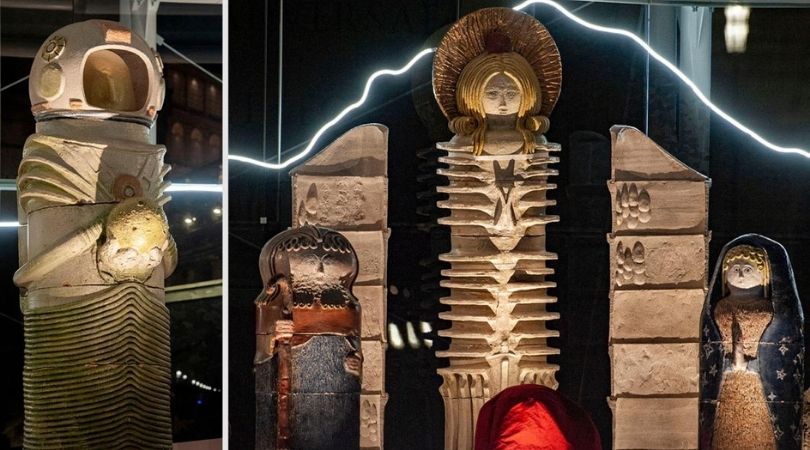 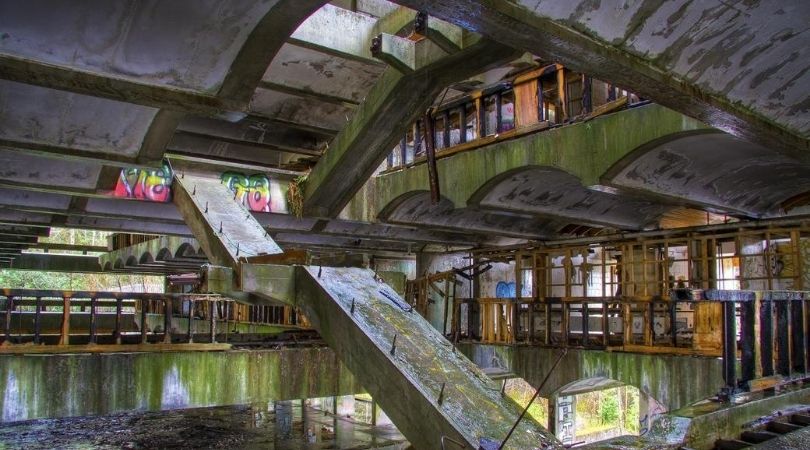 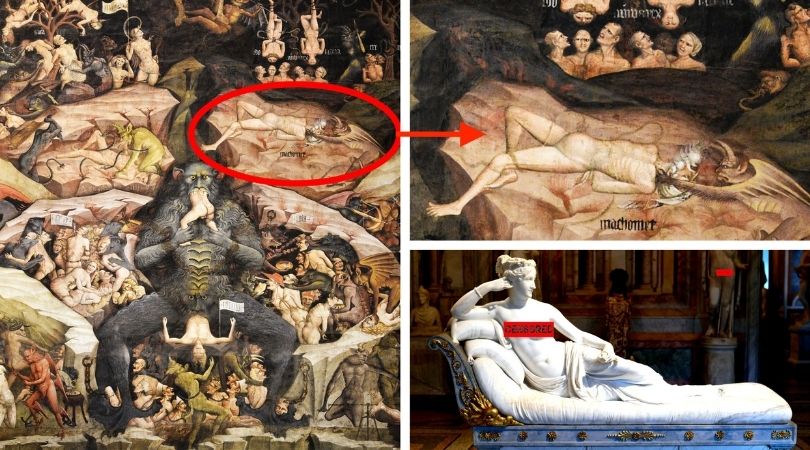