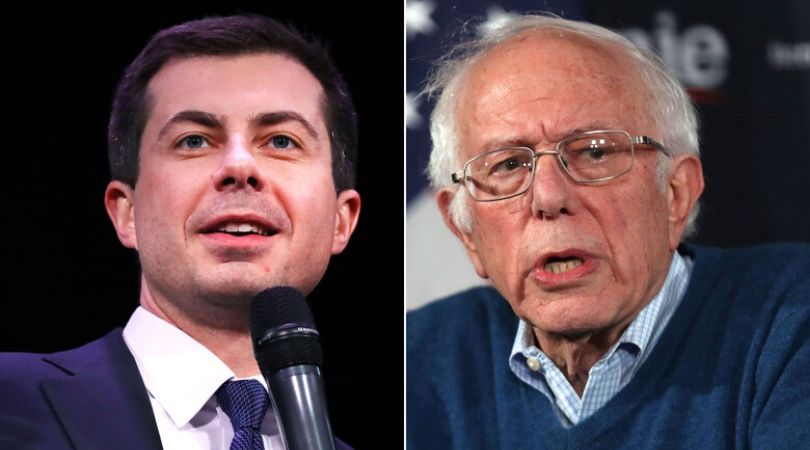 While Iowan Democrats scramble after criticism for their subpar handling of its caucuses last week — with the party's chairman calling for a recanvassing of the whole state — the "Live Free or Die" state delivered Vermont Senator Bernie Sanders a victory last night. Sanders came in first in the popular vote for the second time this primary season, but it wasn't by much.

As soon as the polls closed and the tallying began, the shape of the New Hampshire primary race had formed. It quickly turned into a two-man (and one woman) race and remained that way throughout the night. In fact, from start to finish the order of the top five remained constant. By 11 p.m. the networks declared Sanders the winner, and speeches were delivered to the candidates' respective supporters.

With 97% of the vote tallied, Sanders received 25.9% while former South Bend, Indiana Mayor Pete Buttigieg got 24.4%. Minnesota Senator Amy Klobuchar, the only other candidate in double digits, received 19.8%.

Businessman Andrew Yang, known for his position on universal basic income — promising $1,000 a year to every American — dropped out last night. He was excoriated on social media for the past few days by Democrats for claiming that abortion should not be celebrated, and that marriage and children ought to be. Yang pulled in 2% of the vote last night, behind Hawaiian congresswoman Tulsi Gabbard, who was not even in the last two debates.

While the horse race was between Sanders and Buttigieg, with Bernie winning by a nose, the biggest surprises of the night came from those who rounded out the top five — the strong third-place finish of Klobuchar, the weak fourth-place performance by neighboring Sen. Elizabeth Warren of Massachusetts, and the dismal fifth-place showing of the establishment "electability" candidate, Vice President Joe Biden. Biden, predicting his own fate, flew to South Carolina before the vote was tallied, not remaining in New Hampshire to thank in person those who worked hard for his election in the Granite State.

Klobuchar had an impassioned closing statement in the New Hampshire debate at St. Anselm College last week, and political observers recognized the bounce she got from it in the polls as a result. Buttigieg, the declared winner of the Iowa caucus by one delegate, also took that momentum with him to New Hampshire.

Warren's candidacy took a sharp nose-dive after a confrontation with Sanders — portraying him as sexist — was pulled off at the Iowa debate with the help of CNN. Many voters saw the attack as a desperate attempt to benefit from identity politics, and it backfired on her.

Unlike many other states, New Hampshire allows independents (those without a declared party affiliation) to vote in either primary, Democrat or Republican. Because this year Democrats are fighting to unseat President Trump, many independent voters registered Democrat for the night to cast their vote. It is not surprising, therefore, that the "moderate lane" garnered considerably more votes than Sanders and Warren combined.

Joe Biden, who has collected zero delegates after the first two contests, is depending on black voters in South Carolina to revive his candidacy.

Joe Biden, who has collected zero delegates after the first two contests, is depending on black voters in South Carolina to revive his candidacy. Counting on them as his base — having been vice president to the first "black" president in U.S. history — Biden has built a special relationship with many in the black community. He is staking his hopes that they will come through for him in the South Carolina primary on Feb. 29.

Candidates with a lot of money tend to do well on this day because, unlike Iowa and New Hampshire that demand person-to-person contact and small-town meetings, this multi-state primary day depends almost completely on advertising and ground game. Billionaire Bloomberg plans on spending many of his millions on an advertising blitz to upend the Democratic frontrunners, and eventually outspend Trump to capture the White House.

Senator Warren vows to fight on despite Sanders' popularity as the one now who owns the progressive/socialist lane that the media has rhetorically carved out for them.

At this point the Democratic race for president is between an avowed socialist and a self-proclaimed practicing homosexual with a "husband," but this can change as the process unfolds. All the Democratic candidates support abortion on demand, same-sex "marriage" and the transgender agenda. All see climate change as a pre-eminent issue of our time and have not shown an interest in preserving freedom of conscience or religion, especially if that freedom acts against the abortion-LBGT agenda.

Many note the real winner in the New Hampshire presidential primary was President Trump. He garnered 86% of the vote in the Republican primary, with the popular former governor from neighboring Massachusetts William Weld running against him as well as other lesser-known candidates. President Trump held rallies in New Hampshire where tens of thousands enthusiastically attended. 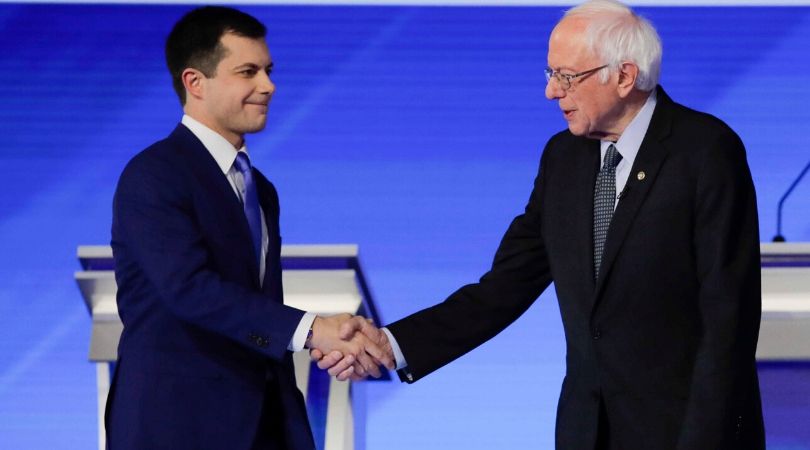