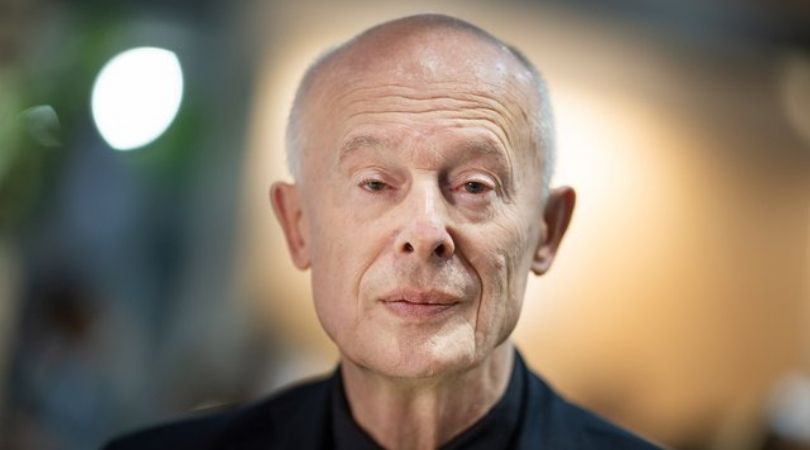 VATICAN (ChurchMilitant.com) - A leading atheist climate scientist who advocates a one-world government and is asking countries to relinquish national sovereignty in favor of supranational institutions was the keynote speaker at the Amazon Synod on Monday.

The founder and director of the Potsdam Institute for Climate Impact Research, who was involved in the creation of Laudato Sí from the beginning, is regarded as Pope Francis' "climate guru" and was appointed in 2015 to the Pontifical Academy for Sciences.

Reporters were not given the contents of Schellnhuber's address, but sources told Church Militant that the climatologist's ideology chimed with key synod themes of "ecological conversion" and "inter-religious dialogue."

Schellnhuber, a self-professed atheist, believes tackling climate change will enhance interfaith relations and envisions an alliance of all world religions for climate protection.

In his 2013 article "Expanding the Democracy Universe," Schellnhuber advocates a one-world government, calling for organizing "global democracy" around "three core activities, namely (i) an Earth Constitution; (ii) a Global Council; and (iii) a Planetary Court."

Meanwhile, at the press briefing, Prefect for the Vatican Dicastery for Communication Dr. Paolo Ruffini condemned the destruction of the controversial carved female figures, whom critics have dubbed the "Pachamama," as "theft."

Vatican spokesman Paolo Ruffini denounces demise of Pachamama, who is now at the bottom of the Tiber River.

Our reporter @DrJulesGomes sat in the 2nd row and persistently tried to ask a question, but the moderator ignored him. pic.twitter.com/uL8XbhlP1U

"It is a bit too much to ask this panel about something that has just happened," he said, "as we have only now learned about it from social media."

"Stealing something from a church and throwing it into the river is not a gesture of bravado. We have said that the statues represented life, fertility and Mother Earth and such an act goes against the spirit of dialogue which should animate everybody," he insisted.

A viral video shows a person removing the carved fertility figures from the Church of Santa Maria del Traspontina and throwing them into the River Tevere on the bridge next to Castel Sant'Angelo.

Pachamama sleeps with the fishes.

Vatican spokesman Paolo Ruffini condemns the act of "theft," while ordinary Catholics rejoice that what they view as a pagan idol has been taken from the house of God and destroyed.

"Stealing objects is never constructive," added Fr. Giacomo Costa, S.J., secretary of the Commission for Information, reprimanding the media for continuing to highlight the issue of nude carved figure.

Stressing the ecological agenda of the synod, panelist Bp. Domenico Pompili of Rieti, Italy, compared the Amazon to a "woman who has been raped" and whose "cries must be heeded."

"Our spirituality comes from the earth. We were created from the earth, we live close to the earth and we plead with you to take care of Mother Earth," said Marcivana Rodrigues Paiva, representative of the satire mawé ethnic group and a member of the panel.

Father Dario Bossi, provincial superior of the Combonian Missionaries in Brazil, spoke of his experience of predatory mining for iron ore and other minerals by multinational mining companies and called for the reservation of areas free from mining extraction in the Amazon.

Both Schönborn and Pompili circumvented a direct question on the "internationalization of the Amazon" and the role of the conservative Jair Bolsonaro government in Brazil.

"I don't dare to give an answer — these are political issues and I am not capable of giving an answer. It is also a matter of international law," Schönborn replied.

However, a Reuters reporter pursued the question noting that Pope John Paul II was criticized by "qualified people," unlike Pope Francis, who in the new age of social media is even being lambasted by teenagers.

"To be the pope involves being criticized and loved admired and prayed for by one billion and two hundred million Catholics each Sunday, and so I remain loyal to this pope," Schönborn responded.