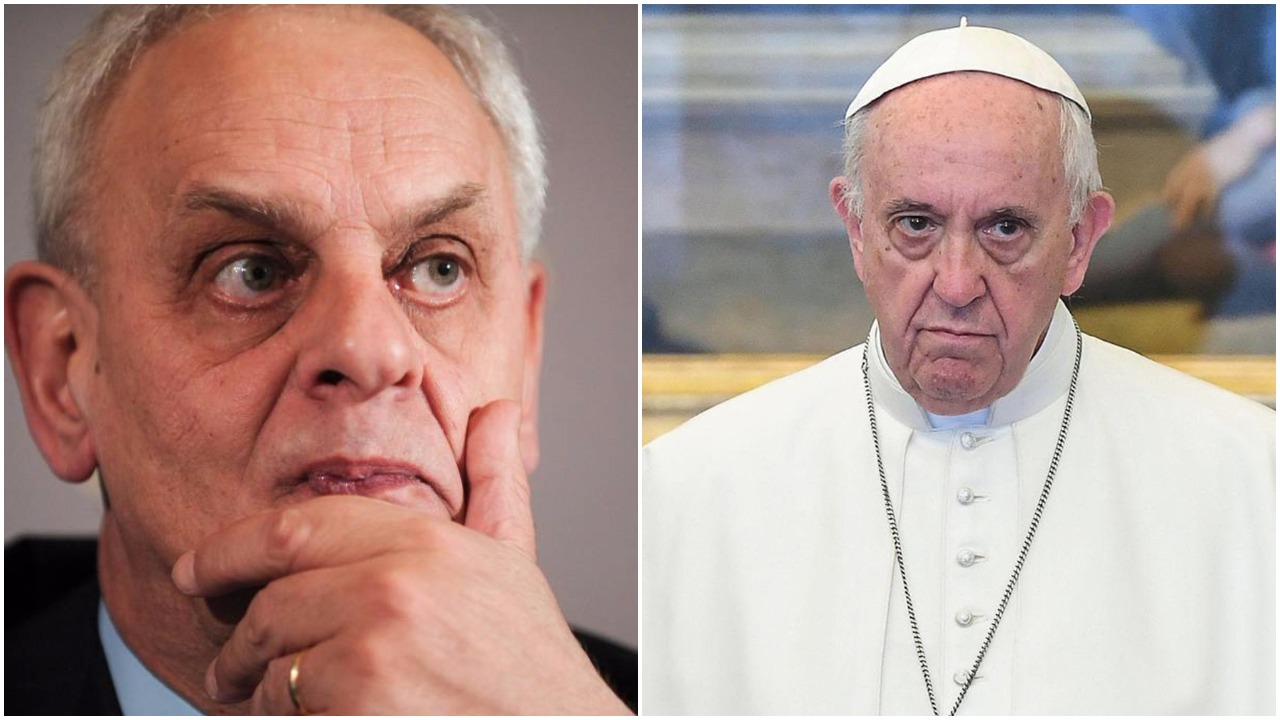 Professor Marcello Pera, an atheist and a vocal opponent of postmodernism and cultural relativism, called the Francis pontificate "a scandal in the biblical sense," as "it confuses and makes the faithful fall, it does not bear fruit, and on the contrary, it diminishes them."

As for the foundations of Catholicism, this pontificate is an outrage to reason.

Vocations and Mass attendance have dropped, fundraising is at an all-time low and audiences at the Angelus in St. Peter's Square have thinned considerably under Pope Francis, as seen in images of papal events, according to the former president of the Italian Senate in comments to La Fede Quotidiana last Thursday.

"As for the foundations of the Catholic faith, this pontificate is an outrage to reason," the former professor of philosophy at the University of Pisa lamented. "But no one, faithful or bishops, says anything, no one has the courage to protest, yet many are doubting [the achievements of this papacy]."

"Let's say clearly that what is happening is very serious. By now a large part of Catholics are resigned, have no awareness and are without enthusiasm, they do not react with the determination that would be necessary," Pera remarked, speaking in Italian.

Addressing the crisis facing Western culture and the precarious future of Europe, the influential intellectual pointed out how Catholic leaders and media are "either silent or have spoken mildly" while Catholicism is being attacked, but would have "ardently defended Muslims and Jews."

"This is not tolerance, but surrender," he said, "to lower one's trousers before secularism and relativism."

"Catholicism has long since degraded; it is losing its cultural and religious battle," he continued. "Catholic authorities are afraid and are a sad sight. The faithful mirror of this situation is at the top."

Senator Pera, who admits to being "an admirer of the writings of Pope Benedict XVI," co-authored the book Without Roots: Europe, Relativism, Christianity, Islam in 2004 with then-Cdl. Joseph Ratzinger.

Calling the former pontiff "a profound theologian and an original thinker," he predicted the Islamization of Europe, if it "went ahead with its relativist culture, with the rejection of its tradition, with its low birth rates, and with indiscriminate immigration."

"Maybe we have already been dealt a blow to the heart and don't notice it. What Pope Ratzinger says in Without Roots comes to mind: The impression today is that Europe resembles the Roman Empire at its fall," he emphasized.

"The problem is that the Church is reduced to a kind of NGO, takes more care of the social, has transformed Greta [Thunberg] into an idol, runs after solidarity, political and social visions to do-goodism, but pastors often forget the salvation of souls, which is their main task," the atheist complained.

A close friend of the Pope Emeritus, Pera said he hadn't spoken to Benedict for some time but could "speculate that he is sorry and alarmed." However, Benedict did not want to and was unable to intervene, as "he has chosen silence and correctly maintains his commitment."

In contrast, Pope Francis seems to have no problem with the crisis engulfing Europe: "He is someone who wants to please, he likes people who like him, he follows the politically correct," said Pera.

He has turned Catholicism into "a Church so outgoing that it can no longer be found anywhere," he added.

He is someone who wants to please, he likes people who like him, he follows the politically correct.

The philosopher, who has repeatedly warned against the advance of Islam in the West, reiterated his belief that "Islam is not a creed of peace and mercy, as they want us to believe, but calls for oppression."

"With this belief, dialogue is problematic, without first clarifying the fundamental concepts of mutual respect and obedience to the laws of the state and western values," he explained.

Frankly, I do not get this pope, whatever he says is beyond any rational understanding. I ask myself: Why does he say it? What is the true end of his words? Why does he lack a minimum of realism, that very little that is requested of anyone? The answer I can give myself is only one: The Pope does it because he hates the West, he aspires to destroy it, and he does all he can to reach this end. And he aspires to destroy the Christian tradition, Christianity as it has realized itself historically.

He concluded, "Bergoglio just wants to do politics, the gospel does not matter at all."

The Holy See Press Office has not responded to the interview.