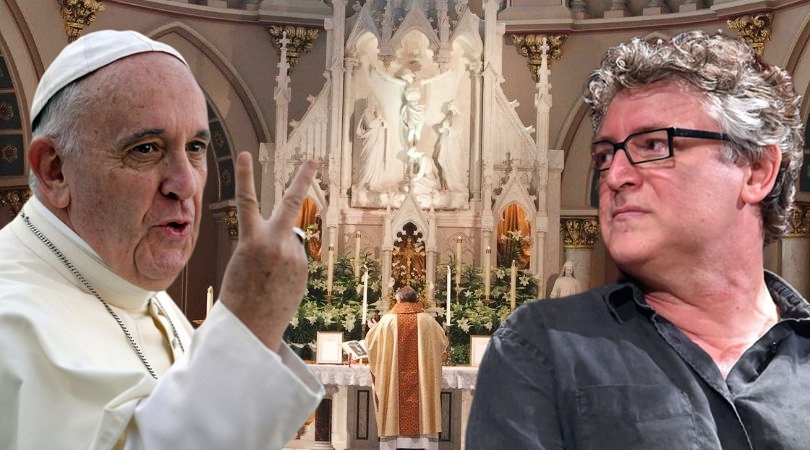 PARIS (ChurchMilitant.com) - France's leading philosopher is excoriating Pope Francis for his cultural vandalism of the "liturgical patrimony" of the Traditional Latin Mass (TLM).

"I am an atheist, as is known, but the life of the Catholic Church interests me because it sets the heartbeat of our Judeo-Christian civilization, which is in bad shape," writes Michel Onfray, public intellectual and author of over 60 books, in Monday's edition of Le Figaro.

Onfray, infamous for his Nietzsche-like attack on religion in his book Atheist Manifesto: The Case Against Christianity, Judaism, and Islam, concedes that his "world is one that was made possible by the God of Christians."

"Christianity has shaped a civilization that is my own, and which I believe I can love and defend, without guilt, without apologizing for its errors, without waiting for a redemption after confession, contrition, and kneeling," Onfray admits.

The philosopher, also known for his hedonist and epicurean worldviews, lauds the TLM as "a patrimony of the genealogical age of our civilization," that crystallizes "a long sacred lineage of rituals, of celebrations, of prayers" in a form "that offers a total performance."

Onfray uses the category of "Gesamtkunstwerk" (total artwork), popularized by the composer Richard Wagner, in understanding the TLM as a "synthesis of the arts." German Romantic aesthetics aspired to create the supreme form of the Gesamtkunstwerk where different art forms are combined to create a single cohesive whole.

The liturgy he prefers for the world is a great deal like a Yugo: stuck together with chewing gum, sputtering acrid smoke, cramped and barely functional.

In an essay reeking with contempt for Francis, Onfray compares what he considers the refined and finely honed cultural and theological sensibilities of Benedict XVI with Francis' unsophisticated and boorish lack of artistic finesse — compensated only by his Machiavellian Jesuit cunning.

Pope Francis is trying to impose his personal tastes on every Catholic in the world. Sadly, those tastes are those of a provincial underachiever from a country that slipped into poverty thanks to breast-beating nationalism and thuggish economics. In other words, he has the sense of beauty you'd expect from a mid-level cultural bureaucrat in Tito's Yugoslavia.

And the liturgy he prefers for the world is a great deal like a Yugo: stuck together with chewing gum, sputtering acrid smoke, cramped and barely functional. But his pride makes a virtue of those things, as if giving God second-best with a shrug were somehow Franciscan. Instead of just slovenly.

Author of The Politically Incorrect Guide to Catholicism, Zmirak notes how "Francis' Pachamama fetish sums it all up: He foisted on the world a new religious icon as if it were some long-lost cultural treasure — instead of a knickknack Westerners grab at the airport while leaving Bolivia."

According to Onfray, Benedict is "a philosopher pope, trained in German hermeneutics and phenomenology" whose Christology is steeped "in the history of German idealism, notably the Hegelianism."

Francis, by contrast, "does not have this theological level, far from it." But his "Jesuitical cunning" made him "choose as his pontifical name the one that is as opposed as possible to the intrigues and vestibules of power where the Jesuits love to be," Onfray writes.

"Jorge Mario Bergoglio, a chemist by training, comes from Peronism; Joseph Ratzinger, a trained theologian, from anti-Nazism," he adds.

Onfray slams Francis' photo op "before a crucifix on which Jesus wears a migrant's orange lifesaving vest" as "the triumphant icon of Vatican II, that dismisses all that is sacred and all that is transcendent in favor of a holier-than-thou self-righteousness spread around in a planetary way as a scout cookie."

Noting how the TLM has filled churches and seminaries, he quips: "Pope Francis prefers churches that are empty with his ideas than full with those of Benedict XVI."

"Benedict XVI wished to overcome a schism with traditionalists, Francis will recreate it, by giving as a pretext, of course — a Jesuit once, a Jesuit always — that he intends in this way to reunite what he is separating," Onfray writes, stressing that division is the work of the Devil.

"If I had the Catholic faith, I could not but think of the Epistle of John, that says: 'Every spirit that divided Jesus is not of God; and this is the Antichrist, of whom you have heard that he comes; and he is now already in the world (I John 4:3),'" notes the Scripture-quoting atheist.

Other liberals, including fans of Pope Francis, registered their distress over the draconian restrictions imposed by Francis on the TLM.

Pope Francis prefers churches that are empty with his ideas than full with those of Benedict XVI.

Claiming that Francis has changed his mind on the environment and leftist economics, British Catholic historian Tim Stanley warns of Francis' "crusade against a pretty liturgy" alienating "natural allies."

Francis' action matters "because someday the kind of liberalism he embodies will come for you — for the simple, sweet thing you were doing that wasn't bothering anyone else but, by its mere existence was an existential threat to the governing regime," Stanley writes in The Spectator.

The pontiff of mercy is unmerciful to lovers of the Latin Mass, Stanley argues, noting the pope who attacks rigidity can be as rigid as steel. Francis pushes for a decentralized Church but is now invading the very consciences of Catholics. His stated motive is unity, but his decree may promote schism, Stanley concludes.

"In short: this is a classic case of hypocrisy, of a politician being everything they accuse of," Stanley sums up.

"I know it's not my business, but the end of the Latin Mass seems like a great shame to me. And I'm a Francis fan," Nietzsche philosopher and well-known Anglican priest Dr. Giles Fraser tweeted a day after Francis' diktat.

Britain's Tory parliamentarian Sir Edward Leigh weighed in on social media: "There are many problems in the world and the Church today. The Tridentine Mass is not one of them. It is sad that Pope Francis is now making it harder to attend for those who want to."

Zmirak concluded his remarks to Church Militant by quoting Shakespeare's The Merchant of Venice in relation to Francis' philistinism: "The man that hath no music in himself, Nor is not moved with concord of sweet sounds, Is fit for treasons, stratagems, and spoils; The motions of his spirit are dull as night, And his affections dark as Erebus. Let no such man be trusted. Mark the music." 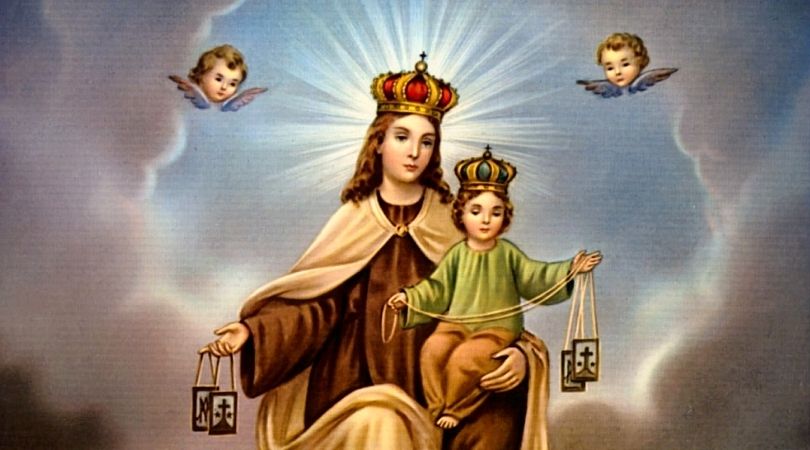 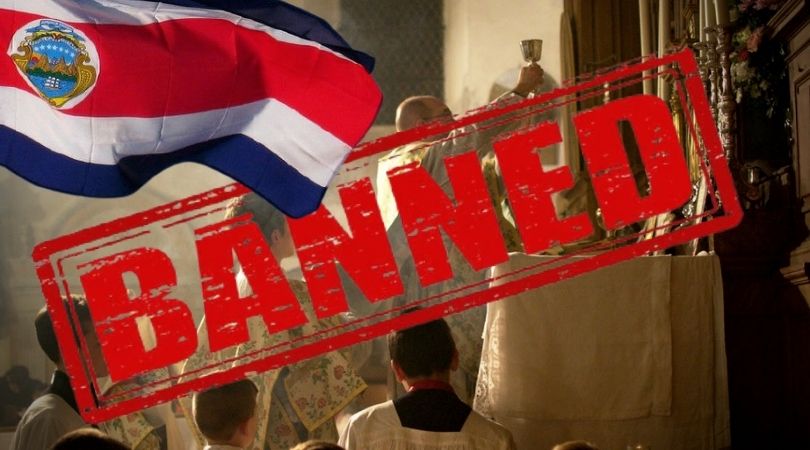