Pastor of the Shrine of the Immaculate Conception

ATLANTA (ChurchMilitant.com) - The pastor of a pro-homosexual parish is flaunting his attendance at a drag show in August.

Monsignor Henry Gracz, the pastor of the heavily pro-homosexual Shrine of the Immaculate Conception in Atlanta, posted on his Facebook that he attended a drag performance at "Lips" on Aug. 1.

In June 2017, Gracz allowed Sr. Jeannine Gramick and Francis DeBernardo from the dissident New Ways Ministry to speak at the Shrine despite the fact they have both been censured by the Vatican for teaching contrary to the Catholic faith regarding homosexuality.

Members of the Shrine's LGBT outreach ministry have attended the Atlanta Pride parade. A pamphlet for the event tells people to "wear your Shrine T-shirt ... to show our unity."

LGBT activism has been encouraged in the archdiocese by Gregory who is allowing renowned homosexualist Jesuit, Fr. James Martin, to speak at the Shrine. He also allows the dissident so-called Catholic organization Fortunate and Faithful Families to operate within the archdiocese. The group is in open disagreement with Catholic teaching on homosexuality. It associates with dissident groups DignityUSA, New Ways Ministry and other Catholics openly critical of Church doctrine.

In November 2015, Gregory said Mass at a retreat for Fortunate and Faithful Families. 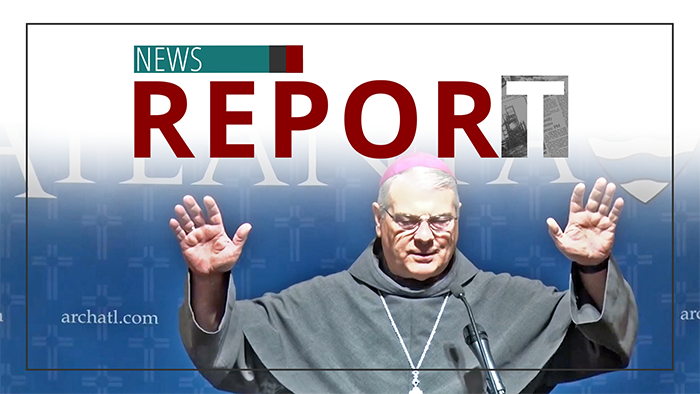 Watch
Business as Usual in Atlanta
By David Nussman   •   0