Attacked From Within: Network Nuns vs. Church

The anti-Catholic sentiments expressed in their official capacity by U.S. Sens. Maisie Hirono (D-HI), Kamala Harris (D-CA) and other national Democrat officeholders have been widely reported. Outside attacks on Catholicism by legislators have become commonplace, although attacks from within the Faith have undermined the Church as well.

Less reported is the hyper-politicized groups that identify specifically as Roman Catholic, but agitate for left-of-center candidates and agendas. Specifically, Network: Advocates for Justice, Inspired by Sisters bills itself as a "Network Lobby for Catholic Social Justice." The group was out in full force during the 2018 election, and its website outlines extensive activity throughout 2019 in which it will seek to reverse Republican legislative victories and further progressive initiatives. What's more, it's been reported the Nuns on the Bus received funding from the far-left Center for American Progress affiliated with billionaire George Soros.

Nuns on the Bus received funding from the far-left Center for American Progress affiliated with billionaire George Soros.

A perfunctory examination of the group, which includes among its efforts the liberal exploits of Nuns on the Bus, reveals Network as a promoter of progressive causes unrelated to and sometimes candidates promoting social policies directly antithetical to Catholicism. The above link navigates to a press release titled "Nuns on the Bus Drive Republicans out of Office." Published the day following the Nov. 7 election, the release quotes Sr. Simone Campbell, executive director of Network Lobby for Catholic Social Justice: "Election Day demonstrated that care for the common good is in the hearts of our people. Voters chose to expand Medicaid, voters rebuked the 2017 Republican Tax Law, and voters chose a House controlled by Democrats for the first time in eight years."

Campbell continued, "The so-called 'party of family values' consistently runs against our nation's families on taxes and healthcare. We know that real family values mend the gaps in income and wealth inequality. Republicans prioritized a tax break for the wealthiest over the needs of the 100%, and they lost the election."

Campbell heralded the 2018 election results that gave Democrats control of the House of Representatives, but witnessed Republicans increase their Senate majority by two seats:

Network's Nuns on the Bus went on the road to hold elected officials accountable for their bad votes on taxes and healthcare. I am pleased to report that out of 13 Republican Representatives whose offices we met with directly, constituents ousted at least eight Representatives because of their voting record. Nuns on the Bus helped to drive [Republicans] out of office.

Nuns on the Bus helped to drive [Republicans] out of office.

The 2018 election is a historic election for so many reasons. We elected our first Muslim women and Native American women to Congress, the House of Representatives will include more than 100 women, and statewide candidates in Florida, Georgia, and Texas inspired astonishing levels of voter participation.

Left unexplained by Campbell is how such results further specific Catholic teaching. The eight unseated Republicans, for example, were to varying degrees opposed to abortion. On their scale measuring politician's approval of abortion as reflected by their respective legislative votes, NARAL Pro-Choice gave Rothfus a 0-percent score, while Faso received a 28-percent score. Pennsylvania's Rothfus was challenged by Conor Lamb, a pro-abortion advocate in a district that had previously been strong majority pro-life. As reported by McClatchy in March 2018, however, "Lamb is not an outlier, not anymore. Nine months from Election Day, political veterans eyeing the House landscape struggle to even identify a single Democratic House hopeful — of the hundreds running — who openly opposes abortion rights."

I understand that when he testifies, Judge Kavanaugh is going to cite his Catholic faith as a shield to claim these attacks never happened. Being a Catholic does not change the accounts provided by Christine Blasey Ford, Deborah Ramirez, and Julie Swetnick. I know all too painfully that being a person of faith does not stop men from being sexual predators.

Senate Judiciary Chairman Charles Grassley (R-IA) sent criminal referrals for one of the three women, Swetnick, and her attorney, Michael Avenetti, to the Justice Department for submitting false statements alleging sexual misconduct by Kavanaugh. The Senate Judiciary Committee subsequently questioned the credibility of the three women in a 400-page report released in October.

In 2012, the Vatican's Congregation for the Doctrine of Faith officially rebuked Network and the Leadership Conference for Women Religious, the larger organization of which Network is a member. The New York Times reported that Network "was also cited in the Vatican document, along with the Leadership Conference, for focusing its work too much on poverty and economic injustice, while keeping 'silent' on abortion and same-sex marriage." A 2014 Vatican report advised LCWR and Network to "carefully review their spiritual practices and ministry to assure that these are in harmony with Catholic teaching about God, creation, the incarnation and the redemption." 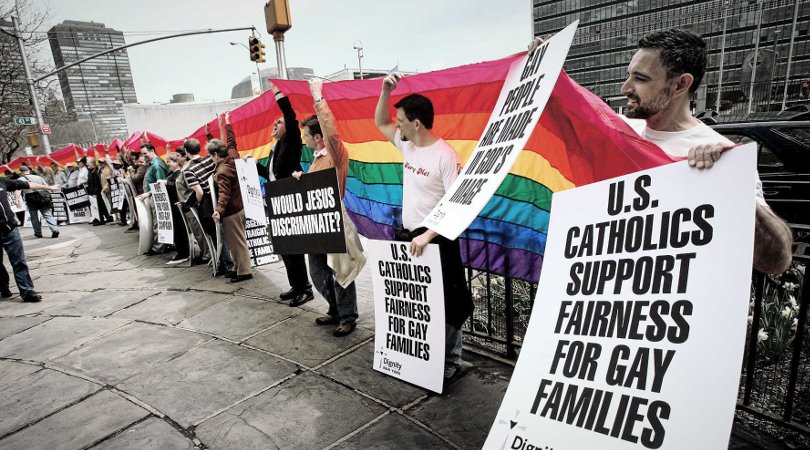