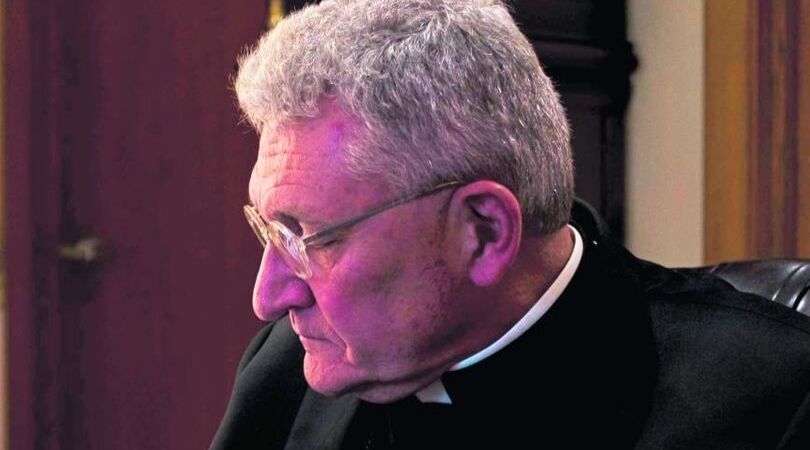 Bp. David Zubik and diocese 'have not learned from the lessons of the past’

PITTSBURGH (ChurchMilitant.com) - The attorney general of Pennsylvania slammed the bishop of Pittsburgh on Thursday for dragging his feet on implementing the recommendations made in the grand jury report on clergy sex abuse issued over a year ago.

Pennsylvania Attorney General Josh Shapiro called the response of Bp. David Zubik — and the diocese of Pittsburgh — to the report as lacking in "remorse" and "transparency."

"Neither Bp. Zubik nor any of his colleagues across Pennsylvania have [responded], and that should be disappointing to all Pennsylvanians," Shapiro said, adding, "We continue to see the Church throw up roadblocks when it comes to getting those people who were abused the support and assistance that they need."

In the 884-page report, the grand jury wrote:

In performing that duty, we have been exposed to, buried in, unspeakable crimes committed against countless children. Now we want something to show for it. Courtesy of the long years of coverup, we can't charge most of the culprits. What we can do is tell our fellow citizens what happened, and try to get something done about it.

The grand jury made four recommendations to show "something" for the "life-interrupting," two-year service they expended to prevent the abuses in the future:

According to Shapiro, the jurors' service has been for naught.

At the time the report was issued, Bp. Zubik said he supported all four of the recommendations. Shapiro's recent comments belie the bishop's words.

The diocese of Pittsburgh has been at the center of clerical sex abuse cover-up and its denial for years.

Last August, shortly after the report was released, the bishop said, "There was no cover-up going on" in the diocese of Pittsburgh, referring to what he has observed in his roughly 30 years of affiliation with the diocese.

This remark perplexed many familiar with the report because Zubik's name appeared dozens of times in connection to priests accused of sex abuse.

Before Bp. Zubik's tenure in the diocese of Pittsburgh, there was then-Bp. Donald Wuerl's.

Cardinal Wuerl is famous for his cover-up of sexual misconduct, specifically allegations against Theodore McCarrick which reportedly Wuerl knew about since 2004.

Father Boniface Ramsey told The New York Times that he expressed to Church authorities concerns about McCarrick's conduct with seminarians as early as 2000, when McCarrick was appointed archbishop of Washington.

Wuerl earned a reputation early on as a champion of "zero-tolerance" policies and the use of lay-led diocesan review boards to handle accusations of clerical sex abuse.

But he was forced to face questions about his handling of several cases during his time in Pittsburgh after he was named more than 200 times in the grand jury report and fell under heavy criticism.

Archbishop Carlo Maria Viganò in his famous first letter released in August 2018 cast aspersions at Wuerl's handling of abuse allegations, claiming he had been aware of restrictions placed by Pope Benedict on McCarrick during his retirement for several years and that they directly concerned his inappropriate and allegedly abusive interactions with seminarians.

Archbishop Viganò wrote, "Obviously, the first to have been informed of the measures taken by Pope Benedict was McCarrick's successor in Washington See, Cardinal Donald Wuerl, whose situation is now completely compromised by the recent revelations regarding his behavior as Bishop of Pittsburgh."

Bishop David Zubik, Catholic Diocese or Pittsburgh: "I can say clearly, over the course of the last 30 years, we've been a leader in implementing a number of reforms that were meant to protect children and to respond to victims." #SpecialReport https://t.co/6gVDahY7wf pic.twitter.com/612PllZFN4

When Wuerl headed the diocese of Pittsburgh, Zubik worked under him in several capacities, becoming auxiliary bishop in 1997 and bishop in 2007.

The diocese attempted to defend itself against the attorney general's remarks, saying, "Zubik has continued to build on the decades of outreach to victims and survivors and efforts to prevent abuse."

In a statement issued one year after the grand jury report, Zubik described the victims and survivors of clerical sex abuse as "courageous"; Zubik didn't describe the clerical perpetrators of the sexually abusive crimes in his statement.