Australian Catholics Unite for May 13 Rosary

SYDNEY (ChurchMilitant.com) - Just hours after U.S. Catholics unite in Sacramento Saturday to consecrate California to the Immaculate Heart of Mary, 7,500 miles across the Pacific, Australian Catholics will come together to ring their continent with the Rosary.

On Sunday, May 13 — Mother's Day and the 101st anniversary of the Fatima apparitions — Oz Rosary #53 will unite Catholics in Australia and beyond to intercede for the protection of the nation and its children. "We are praying for the future of our country," organizers say, "committing our nation to God and to the Immaculate Heart of Mary."

On Friday, Church Militant spoke with organizer Jane Chifley about the initiative. She explained that like recent national Rosary events in Ireland, Italy, France and Britain, Oz Rosary #53 was inspired by Poland's October 2017 Rosary on the Borders, which drew more than 1 million Catholics to the country's borders to beg Our Lady's intercession for their country and for the world.

"Watching the events unfold in Poland," Chifley said, "it became clear that Rosary on the Borders was a move of the Holy Spirit."

Recalling Australia's Christian roots — the country is known as "the Great Southland of the Holy Spirit" — Chifley said a national Rosary campaign for Australia "made sense."

Banding together with other Catholic laity, Chifley launched Oz Rosary #53 ("Oz" being a slang term for "Australian" and "#53" reflecting the original goal of securing 53 sites of prayer — one for every Hail Mary in the Rosary) to fight for the soul of the nation.

Organizers have been amazed by the response: at last count 220 sites had registered, quadruple the original goal. And the number is rising, with more venues registering as word of the initiative spreads.

Sydney alone boasts more than 50 Rosary sites — one of them the city's famous Harbour Bridge.

Other major coastal cities — Melbourne, Brisbane, Perth and Adelaide — have registered numerous venues, including many prominent churches. In the nation's capital, Canberra, a parish priest is leading a contingent to the top of Black Mountain in the heart of the city.

"It's a unifying event," Chifley said. "So many people I have spoken to are just so excited to have something positive to be involved in — praying for the good of Australia."

The initiative has been aided by the nation's strong collaborative spirit. "It's a bit of an Australian characteristic that everyone gets in and does things," Chifley explained. "There are key people who came from nowhere in each state. It's been a real team effort."

"The Polish community has been a great help," she added, "with Polish radio broadcasting news of the event here."

We are asking for the Lord's Divine intervention for our world, and we invite those from other places to join us as we join our prayers, with hearts open to the Holy Spirit and humble trust in the goodness of God.

Though launched by Catholic laity, Australian priests and religious have responded enthusiastically.

Chifley reported that "many parish priests have come on board" and are "enthusiastically promoting the event," with many leading their parishes in the national Rosary before or after Sunday Mass.

Bishop Emeritus David Cremin of Sydney has officially endorsed the campaign, while other bishops "have promoted the event through their diocesan offices or through their websites," she said.

Most dioceses, in fact, have helped spread the word in one form or another, and five diocesan cathedrals, including St. Mary's in Perth and St. Patrick's in Parramatta, will be hosting Rosary gatherings on Sunday.

Reflecting on the movement's spiritual significance, Chifley told Church Militant, "Many people say Rosaries in parishes here every day and have done so for years. There are little Rosary groups everywhere." Along with "good, faithful priests and bishops who lead their people," these Rosary groups "keep this nation afloat."
Oz Rosary #53, she said, "puts those prayers together, a bit like Joshua marching around the walls of Jericho. The actual act of praying together, everywhere, unifies us. As Scripture says, 'The Lord Commands a blessing when we come together in unity.'"
With this in mind, Chifley is asking Catholics everywhere to join Australia in prayer on Sunday. As "brothers and sisters in Christ," she said, "we are all united in the Lord."
"We are asking for the Lord's divine intervention for our world, and we invite those from other places to join us as we join our prayers, with hearts open to the Holy Spirit and humble trust in the goodness of God."
In addition to the Rosary, Sunday's participants are encouraged to pray to St. Michael the Archangel and to the three patrons of Oz Rosary #53: St. Pope John Paul II, St. Pio of Pietrelcina (Padre Pio) and St. Mary MacKillop, who in 1866 co-founded Australia's first religious order, the Sisters of Saint Joseph of the Sacred Heart.
--- Campaign 32075 --- 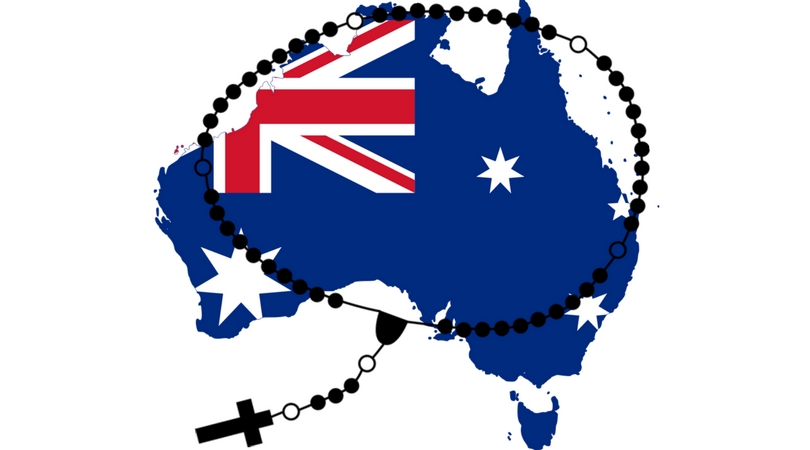 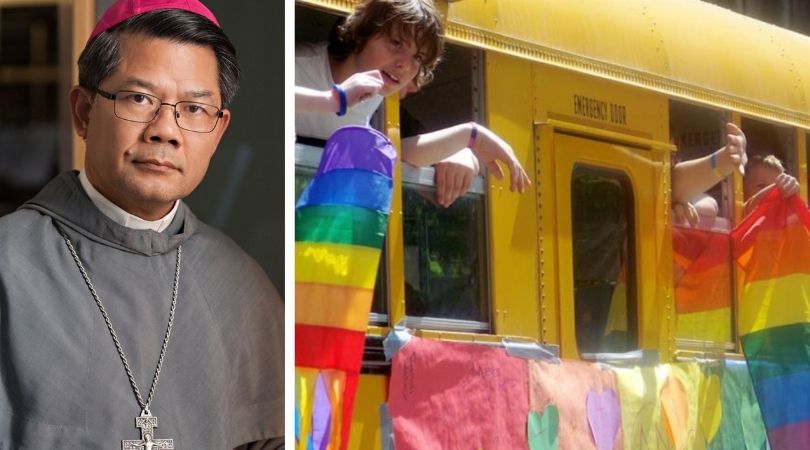