CAIRNS, Queensland, Australia (ChurchMilitant.com) - The bishop of the Cairns diocese in Australia is offering the possibility of multiple sexualities, contrary to Church teaching. He has also shown support for a controversial Jesuit priest known for promoting same-sex marriage.
Church Militant reached out to Foley in recent months to ask whether he'd be issuing a statement against pro-gay Jesuit Fr. Frank Brennan, a featured speaker at the Catholic Secondary Principals Australia Conference (CASPA), a gathering of Catholic school principals that took place in mid-July. Brennan has been widely featured in media promoting gay marriage, and Catholics were requesting that Foley speak out against his agenda.
Foley refused, however, telling Church Militant he was "unwilling" and "canonically unable" to deal with Brennan, evading the question whether he could at least issue a public statement warning the faithful about the priest's anti-Catholic positions.
Not only did Foley fail to speak out against the priest, Brennan himself confirmed with Church Militant that the bishop greeted him at the conference and gave him a gift.
Brennan himself confirmed with Church Militant that the bishop greeted him at the conference and gave him a gift.
"Last night after the conference mass in the Cathedral, the bishop told me that he had a gift for me that had been delivered to him by one of the older protesters," Brennan told Church Militant in a comment on our website. "The gift was a piece of rainbow cake. No problem with bakers in this part of the world. A fun way to end a top conference on 'Tropical and Topical: Leading in Diverse Times.'"
Worse, in the months leading up to the November same-sex marriage referendum (which voted overwhelmingly to legalize gay marriage), Foley published a 13-page document of his "reflections" on the issue — meant to be a guide for Catholics on how to vote, but instead appeared to be promotion of active homosexuality.
He begins by rejecting the traditional account of God's punishment of Sodom and Gomorrah over the sin of homosexuality, dismissing it as a "text of terror" that "had more to do with ancient customs of hospitality and protecting strangers and guests — than judgements about particular sexual activities."

Foley then goes on to offer the possibility of a multiplicity of sexualities, saying that "there may also be as many unique and intensely intimate human sexualities — as there are or ever have been human beings on the face of the earth!"

As evidence, he relies on data from sex researcher Alfred Kinsey, whose work has been widely debunked as nonscientific and heavily skewed to inflate the numbers of the homosexual population. Kinsey himself has been discredited as a pedophile enabler, who relied on data taken from men who raped babies and young children.

The Catechism teaches that only one rightly ordered sexual orientation exists — heterosexuality — and that any deviations are "objectively disordered."

But Foley condemns the language of the Catechism on this point, calling it " terse technical language, which sounds so harsh and condemnatory" and "unfortunate phraseology."

He goes on in his reflections to denounce "hate speech" against gays, even characterizing homosexual acts as "loving sexual expression" between two people.

"In Christian speech there can be no place for hate speech," he insists. "Yet it is tragically paradoxical that hate speech may now be occurring on and around such sacred ground as deep loving friendships and particularly about that most sensitive and intimate of all human experiences: loving sexual expression!"

In spite of explaining that he would vote no in the referendum, Foley makes clear he does support legal protections for same-sex unions.

He goes on to contrast the "ideal" of marriage with the lived-out experience of Catholics — a common tactic among progressive bishops to distance official Church teaching from the practical, day-to-day lives of Catholics not living in accord with Church teaching.

"There has always been a distinction between the ideals we preach and try to live and that understanding which we frequently extend to our own selves and to those others struggling with living and loving," he writes. "There is also that wise saying, though not biblical, but none-the-less so very true: That the Perfect may be the Enemy of Good!"

He concludes with the following parting thoughts: "Love, divine and/or human love, does not easily fit within the constraints and limitations of The Law — either civil or religious. The Gospels and St. Paul stress this liberating Truth of the Freedom of the Children of God."

In 2015, Foley was accused of giving a sex abuse victim thousands in "hush money" after the man revealed he had been molested by a priest as a boy. Within several days of meeting Brandon Lee, a homeless man, Foley gave $11,400 of diocesan money to Lee. Foley denies the charges.

Church Militant contacted the bishop to request explanation on portions of his commentary that contradict Church teaching, but received no response as of press time. 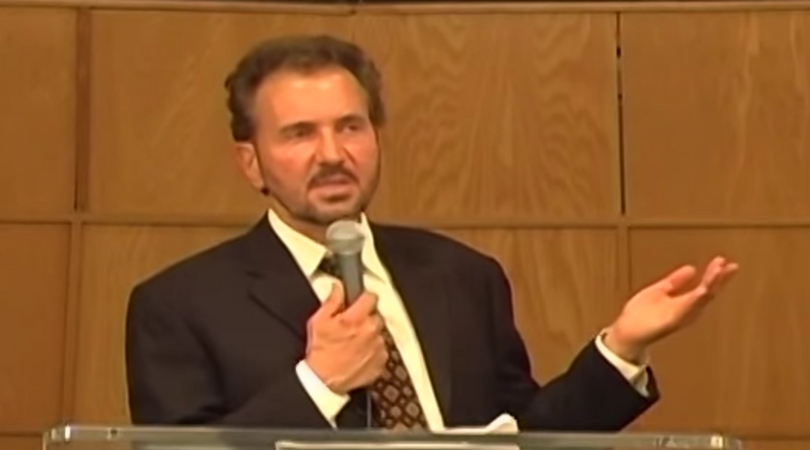