HOBART, Tasmania (ChurchMilitant.com) - A faithful Australian priest is on leave after liberal backlash to his promotion of tradition at a parish in Tasmania.

Last week, Hobart Abp. Julian Porteous announced that after an investigation by Melbourne Auxiliary Bp. Emeritus Peter Elliott, "Fr Nicholas Rynne has ceased his role as administrator of the Meander Valley Parish, and other associated roles in the Archdiocese. We pray that a process of healing and restoration of unity may be achieved in the parish and among all affected."

Ordained a priest for the archdiocese of Sydney in 2013, in early February, Fr. Rynne was installed as pastor of Meander Valley parish in the archdiocese of Hobart, Tasmania, where he immediately ran afoul of an entrenched modernist hive among the laity.

On arriving, Fr. Rynne maintained the Novus Ordo Masses at their normal times, and he said them facing the people. But owing to popular demand among other parishioners hungry for tradition, he also began offering a Latin Mass.

This, coupled with his wearing of a cassock and request he be called "Father," enraged a vocal cabal of leftist parishioners. Within days of his arrival, Fr. Rynne had been spit upon; late last month, he and an elderly female supporter were assaulted inside a church by three parishioners angry at his presence there.

On Monday, Church Militant spoke with a member of Holy Trinity Church in Westbury about the events of the past two months. She noted that, owing to his reputation for orthodoxy, resentment of Fr. Rynne was building even before his arrival in Meander Valley.

"I have attended the Latin Mass in Westbury since Fr. Rynne arrived at the beginning of February," she said, "but I heard rumblings months before his arrival and was predominantly attending Novus Ordo Masses prior to this."

The misgivings among liberal Meander Valley Catholics were misplaced, she told Church Militant.

"I am friends with those who have attended Novus Ordo Masses in both churches, including a number who witnessed the assault on Fr. Rynne," she explained. "I have found him to be friendly, keen to build up a close-knit community and totally orthodox. His sermons were surprisingly gentle, with an emphasis on drawing closer to God, and he liked to do things properly."

"As a woman and a mother," she noted, "I found him more respectful than any of the Novus Ordo priests I've come across and very supportive of Catholic family life."

Father Rynne, she said, was warned to expect a hostile reception. Reportedly, Hobart Abp. Julian Porteous "told Fr. Rynne that every priest on the council of priests and college of consultors were opposed to his appointment." The parishioner added, "Furthermore, Abp. Porteous told Fr. Rynne that he had met with the parish pastoral council (PPC) of Meander Valley and that they were also opposed to the appointment of Fr. Rynne."

In addition, "Abp. Porteous told Fr. Rynne that the PPC had made a list of demands as to whom they would accept as their parish priest," she said. "I myself was told that they specified he not be 'foreign.' Several parishioners have reported that they overheard conversations prior to Fr. Rynne's arrival in which other parishioners expressed hatred for Fr. Rynne, people who had never met the man."

In March, outsiders got a glimpse of the loathing Fr. Rynne encountered when a letter written by influential local Catholic Maureen Bennett was inadvertently leaked by investigators into the case and went viral. Just two weeks after Fr. Rynne's arrival, Bennett told him:

If people … do not agree with your brand of religion you should expect it and stop putting forward a sob story about how badly done you are. You accused us of being apostates when it is you who is setting up a sect within our religion and trying to indoctrinate everyone that yours is the only true religion.

In the days of the Tridentine rite pre Vatican II there was little love for your fellow man in any of the religion that was rammed down our necks. … You know why you are spat on for wearing clerical dress and I am with those who do so as I think it is ridiculous to wear a cassock and even a collar in this day and age.

For us it is the same as ISIS or the Taliban coming into town with their troops and telling us, "This is the way it will be done from now on." To me your religion is akin to both these extreme movements because you do not allow for any dissent from your opinion. Your attitude to women on the altar, depriving us of positions we have humbly held in the past and the jerky way you now turn to the people and the way you pray the consecration are all annoying.

I have no desire to have a one-to-one conversation with you on these matters as like the Archbishop you will try to charm us into accepting your way as the only way while disregarding anything we say just like Julian Poetrous and I presume other members of your sect.

"The complainants are bullies and only ever approached Fr. Rynne in groups," the Holy Trinity parishioner told Church Militant on Monday, "as evidenced in Maureen Bennett's letter in which she refuses to have a one-on-one conversation with him because he might 'charm' her, and I think that gives a lot away — that Fr. Rynne was never given the chance to be 'pastoral.'"

She observed that Bennett is a powerful figure in Tasmania, noting this likely explains the outsized impact of Bennett's opposition to Fr. Rynne:

Maureen Bennett is one of the owners of Ashgrove. Her husband and brother (who is a member of the Order of Australia) founded it and her son is the general manager. Her daughter is the CEO and managing director of TasFoods, director of the Australian Farm Institute and Tasmanian Ports Corporation, and has been named Tasmanian Telstra Businesswoman of the Year and ABC Radio Rural Australian of the Year. Between them, they have their fingers in most of Tasmania's dairy products. Here family are heavily involved in community groups like Rotary, the fire brigade, etc.

The Holy Trinity parishioner noted that Bps. Porteous and Elliott are among the most conservative prelates in Australia, but "conservatives are few and traditional Catholics are even fewer, especially in Tasmania. There is a great deal of pressure to conform."

"In my appointment with Bp. Elliott, he stressed how untenable the situation was given the depth of anger towards Fr. Rynne, and my impression is that they took the easy option of 'sacrificing' Fr. Rynne in order to appease the noisiest and most longstanding parishioners," she said.

She suggested that Bp. Elliott's investigation was lopsided from the start, noting he "did not interview Fr. Rynne and parishioners were only notified the day before whereas complainants had over a week's notice, had booked up the bulk of the appointments, and were able to see Elliott individually rather than in large groups or not at all."

The bishops "no doubt felt they had 'good reason,'" she reflected, "but I personally don't think that keeping the peace by appeasing bullies or letting parochialism dictate parish management is a good strategy, let alone right, especially when it involves blaming the victim."

"It's common knowledge that Arb. Porteous has few friends among the Tasmanian clergy and I can't help wondering if he was pressured by the modernist 'council of priests' into his 'solution,'" she continued. "They were, after all, used to having a very weak archbishop prior to Porteous, one might even say a puppet."

"So we traditional Catholics were left with the strong impression that it didn't matter what Fr. Rynne said or did, that he (and in turn, us) would be blamed for them feeling offended," she said, adding:

My take on all this was they didn't want him from the outset, they were offended by his mere presence in the parish, and for reasons of keeping the peace Bp. Elliott and Abp. Porteous accepted their offense and parochial customs as more important than Church tradition or nurturing young families of traditional bent.

Father Rynne's supporters have launched a petition asking for his reinstatement. To sign the petition, click here. 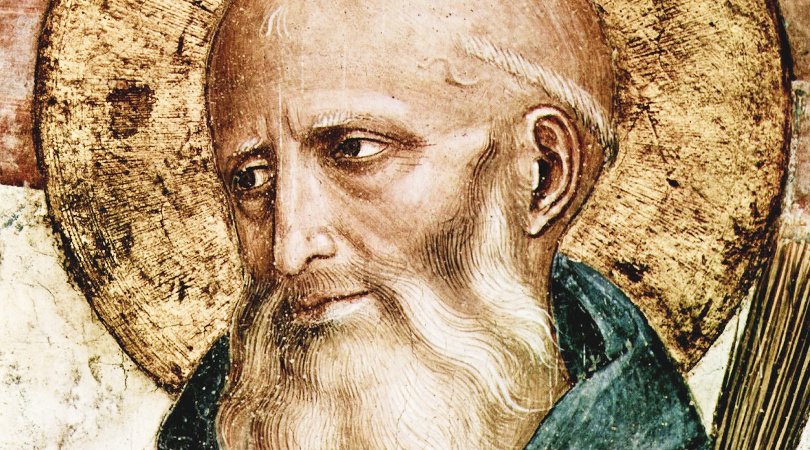 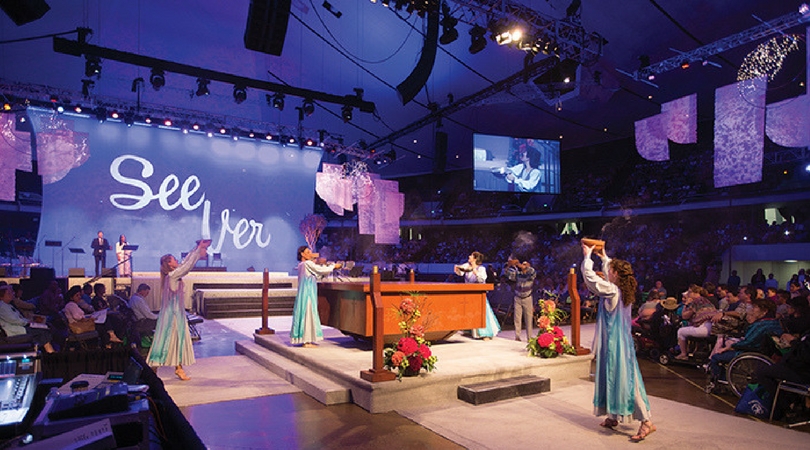 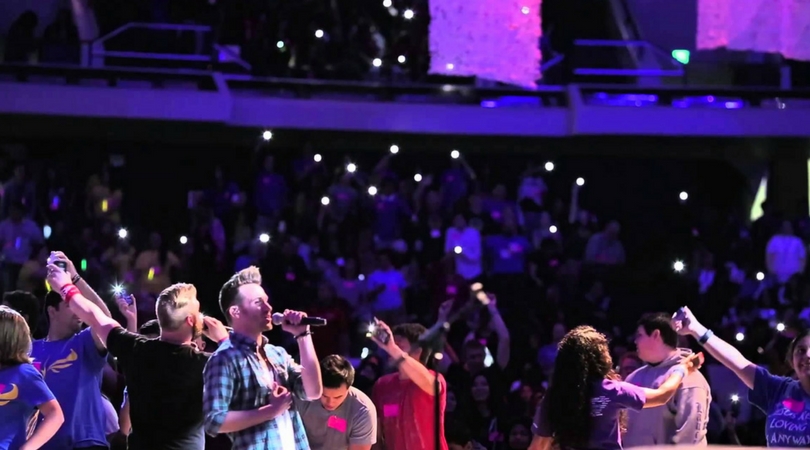