MELBOURNE, Victoria, Australia (ChurchMilitant.com) - The Director of Public Prosecutions for the Australian territory of Victoria is threatening Church Militant with prosecution if we don't remove our article on Cdl. George Pell's conviction for sex abuse.

Thursday, Kerri Judd, a member of the Queen's Council, sent a letter to Church Militant informing us we are in breach of a suppression order issued by Chief Judge Peter Kidd, which prohibits publication of any information related to Pell's conviction in Australia. The reason for the gag order is ostensibly to prevent influencing the jury in a forthcoming trial on a separate set of charges.

"The prohibition on publication in that order applies within all States and Territories of Australia and on any website or other electronic or broadcast format accessible within Australia," Judd's letter reads.

I am currently considering my options with regard to sub judice contempt and breach of suppression order proceedings.

She requests that Church Militant "immediately remove the article from publication" — even though Church Militant is a U.S.-based corporation outside of Australia's jurisdiction — going on to write, "I am currently considering my options with regard to sub judice contempt and breach of suppression order proceedings."

Unlike in the United States, Australia has no constitutional right to free speech or freedom of the press. Such suppression orders are thus legal in Australia, and a media organization in Australia found in breach of such orders may be fined or even imprisoned. An Australian court has no jurisdiction, however, over foreign media organizations.

In fact, Chief Judge Peter Kidd of the County Court of Victoria, who presided over Pell's trial, said during a meeting Thursday with Judd and Pell's attorney that he was seriously considering punishing media organizations with up to five years' imprisonment for what he deems "egregious and flagrant" breaches of his suppression order.

[G]iven how potentially egregious and flagrant these breaches are, a number of very important people in the media are facing, if found guilty, the prospect of imprisonment and indeed substantial imprisonment, and it may well be that many significant members of the media community are in that potential position. That being the case, that should inform us as to how the matter ought to be dealt with.

At one point, Judd also discusses the possibility of "extradition" of offenders. Such an order would involve a request that members of the media accused of violating the order and who are citizens of foreign countries be extradited to Australia for prosecution.

The scope of the prohibition — which applies to "any website or other electronic or broadcast format accessible within Australia" — is breathtaking. It means any laptop, ipad, phone, television or electronic device anywhere in Australia that transmits Church Militant's article is in violation, and its owner may be subject to fines and even imprisonment.

The territory of Victoria issues the most suppression orders out of all Australian jurisdictions — more than half. Its reputation has led critics to nickname it the "Suppression State."

The territory of Victoria issues the most suppression orders out of all Australian jurisdictions — more than half.

Various Australian websites are complaining about the gag order. In an article in The Age titled "Why the media is unable to report on a case that has generated huge interest online," Patrick O'Neil and Michael Bachelard write:

A year-long review of Victoria's 2013 Open Courts Act by retired judge Frank Vincent called into question the function and efficacy of suppression orders in an internet age.

Even if major media organisations were gagged, nothing could prevent a case from being canvassed on social media, blogs and myriad other channels, he said.

A view to the contrary is "most likely to represent wishful thinking than reality," Justice Vincent found, and a "real world" approach is required.

Despite this, and the principles of transparent justice enshrined in the Open Courts Act, Victorian judges were "troublingly" issuing as many suppression orders as they ever were.

And Australia's Daily Telegraph, in an article titled "The Nation's Biggest Story," writes:

A HIGH-profile Australian with a worldwide reputation has been convicted of an awful crime. The world is talking about it and reputable overseas news sites have published lengthy stories on the case — but The Daily Telegraph and other Australian media are prohibited from telling you about it. ...

The courts demand that you ignore the story totally until they see fit. But we think that would be a disservice to the readers of The Telegraph who would expect the same fair and fearless reporting of this case that we've delivered on other similar stories.

Kidd is being blasted on social media for what many Americans are seeing as hubris and judicial overreach.

Needless to say, Church Militant has no intention of pulling the article. 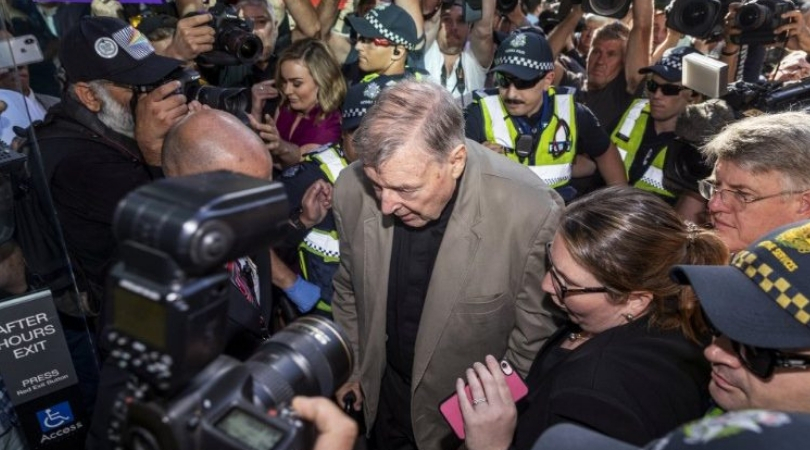