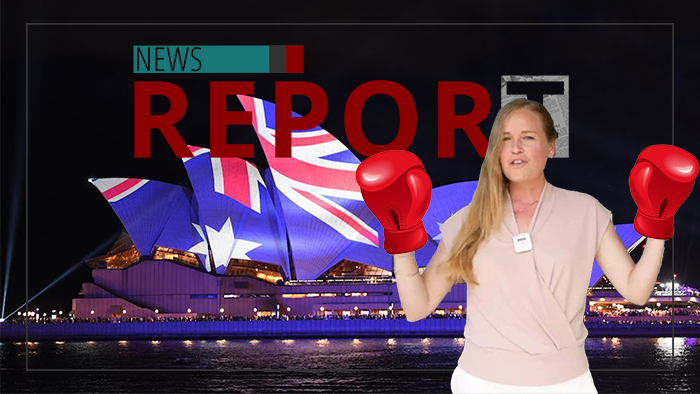 Standing up to tyranny

When governments began encroaching on citizens' freedoms at the onset of COVID, many people submitted like sheep. But a few heroic resisters emerged. Canada has Artur Pawlowski and Tamara Lich, but Australia has a freedom fighter too.

Church Militant's Paul Murano introduces you to a faithful Catholic worth knowing and imitating.

Her name is Monica Smit. She's a 33-year-old faithful Catholic from Australia who has been fighting the country's totalitarian COVID restrictions since 2020.

In August 2021, Victoria police arrested her for allegedly inciting opposition to the state's invasive rules.

The Melbourne magistrate allowed Smit to be released on bail but only on three conditions, including removing any materials from any social media accounts that incite opposition to the chief health officer's directions.

In response, Smit refused to submit to the conditions and was forced into solitary confinement for 22 days.

Smit resisted with even greater vigor in March this year.

On March 1, Victoria police issued a warrant forcing Smit to give the government the passwords of her personal and work email accounts.

A month later, on April 6, she submitted an application to the Supreme Court to have the warrant revoked. Smit recently got bad news.

Monica Smit, managing director, Reignite Democracy Australia: "But um, I've now actually lost the appeal this morning and, um, I have to pay the cost of the prosecution as well."

Smit's legal team advised her to withdraw her application and plead guilty to the incitement charges.

Smit: "You know, lockdowns aren't over in my opinion. Whether it's a pandemic or climate change or whatever, the government has tested the population's compliance to overreach and tyranny, and the population failed — mostly they complied. And this fight isn't over."

Critics argue Monica Smit has more fortitude than most men, especially those in miters and collars.

If she doesn't comply with the warrant to give up her passcodes, Smit could face up to five years in jail.