BREGENZ, Austria (ChurchMilitant.com) - In Austria, exhaustion over a decades-old clerical sex abuse scandal has forced an abbot to resign.

Depleted after years of trying to restore the Cistercian Territorial Abbey of Wettingen-Mehrerau to spiritual and financial health, Dom Anselm van der Linde tendered his resignation on July 12 and was officially released from his post by Pope Francis on Aug. 1.

At his 2009 appointment by Pope Benedict XVI, the young Cistercian monk was given charge over 21 Cistercian monasteries spread across Austria, Germany, Switzerland, Italy, the Czech Republic, Slovenia and the United States.

For almost a decade, he labored on multiple fronts.

In addition to working to "create an economically sustainable base for the monastic community," van der Linde sought to revive the image of the institution, marred by cases of clerical sex abuse of students stretching back to the 1960s. The aftermath of the sex abuse scandal, he said, shook him deeply during his time at Mehrerau.

The time has come to hand the guide, in my case, of the monastery and the direction of the congregation of Mehrerau into new hands.

The "shameful and unpardonable events cost me incredible strength and energy," he explained in his resignation letter. Noting that "crises are always also opportunities," he said, "We have used them, among other things, together with external experts to elaborate clear rules of behavior for our school and our internship that are still valid for everyone."

The physical and spiritual struggle stemming from the crisis, he said, "shook not only me personally, but also our family, indeed the Church of Austria and beyond."

Van der Linde explained that "in listening to God," he was made the decision to retire, at age 47, from his post.

"The time has come to hand the guide, in my case, of the monastery and the direction of the congregation of Mehrerau into new hands," he said.

"Above all," he added, "I thank God for having led us with His Spirit and His blessing in difficult times. In light of all that has happened, I can pass my job with serenity and trust into new hands. To my successor, I wish all the best and the rich blessing of God."

The abbot's spokesman, Harald Schiffl, later announced that Pope Francis has confirmed prior Vinzenz Wohlwend as apostolic administrator of the abbey and that preparations for the election of the next abbot are underway.

Van der Linde's departure is the latest in a string of stories exposing the ongoing crisis of clerical sex abuse; it comes on the heels of a gay scandal at a Catholic seminary in Honduras.

"Heterosexual seminarians are scandalized and really depressed," one seminarian told the National Catholic Register, which reported on the story July 25.

Reports of trouble in Honduras coincide with revelations that former Cdl. Theodore McCarrick, a clerical heavyweight in the Church in America, is a serial sexual predator who for decades used his position of power to victimize minors, seminarians and priests. 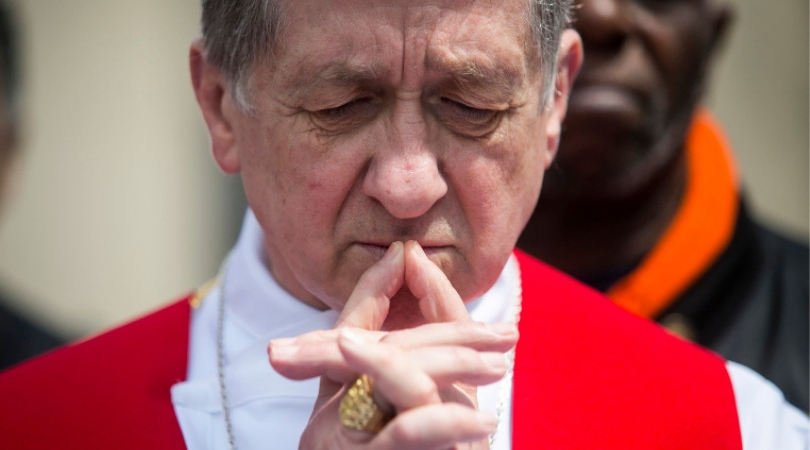