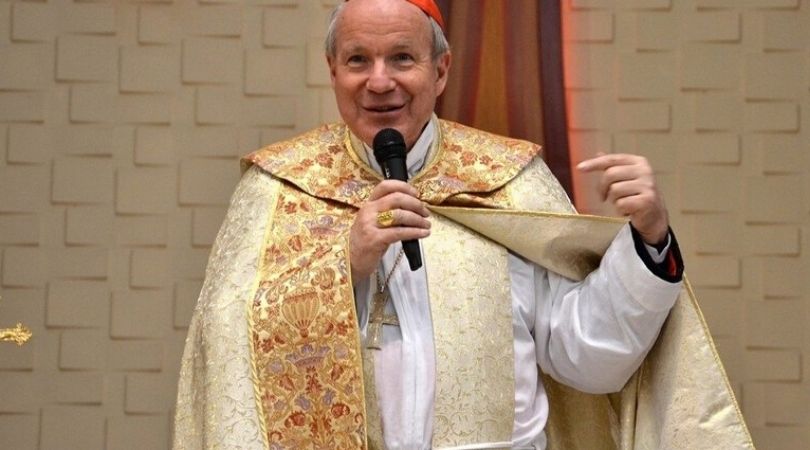 Cdl. Christoph Schönborn calls for patience to heal this 'wound'

VIENNA (ChurchMilitant.com) - In the midst of the global Wuhan virus pandemic that has stricken hundreds of thousands across the world, an Austrian prelate is keeping the question of women's ordination and a female diaconate on a front burner.

Cardinal Christoph Schönborn of Vienna said "the question of the role of women in the Church" remains "open," calling "women's invisibility in the Church" akin to a "wound" during a March 22 press hour on Austrian national television.

Schönborn added he worries that men will dominate in all world religions, questioning what this could mean in view of global changes in society. "How will religions deal with this?" he asked. "We have to ask ourselves this question."

According to Schönborn, Pope Francis sidestepped the issue of female priests in Querida Amazonia, his apostolic exhortation stemming from October's Amazon Synod, and focused instead on ecological questions, "because the death of the Amazon rainforest is the death of the whole world."

But the cardinal said he could understand that many were disappointed by the pope's post-synodal writing, and is calling for "further patience" from proponents.

The Austrian cardinal, however, found consolation in the fact that Francis did address some aspects of women's leadership in the Church praising, for example, the "strong and generous women" who make an "indispensable contribution" to the Church and society in the Amazon region, confirming that the topic of "women in Church leadership positions" remains at the table.

The German synod has also kept alive the conversation about women's ordination.

Indeed, the issue of women in Church leadership positions took center stage in many discussions at the Amazon Synod itself. Retired Bp. Erwin Kräutler of Xingu, Brazil, for example, said that two-thirds of the communities in the Amazon are "coordinated and directed by women, so what do we do?"

Kräutler declared, "We need concrete solutions," adding, "We hear a lot about announcing the role of women ... I'm thinking of the women's diaconate."

The German synod has also kept alive the conversation about women's ordination. As recently as March 9 in a radio interview with WDR5, Bp. Georg Bätzing of Limburg, the new chairman of the German Bishops' Conference, said that calling for the ordination of women could be a conclusion of the two-year "synodal way" being undertaken independently by the Church in Germany. Bishop Bätzing said such a conclusion would require Vatican approval.

Church Militant has reported extensively on the leftist cardinal covering his earlier pleas for female ordination, which contradict Pope St. John Paul II's teaching, as well as his regular promotion of LGBT events at the historic St. Stephen's Cathedral in Vienna.

The cardinal is of official Church retirement age, but so far the pope has refused his resignation. Cardinal Schönborn said that "after the corona crisis," the question of succession "could be settled in peace." After retiring, although he would no longer be in office, he said, "the service remains and I want to continue to be there for the people."

The Austrian prelate added, "And I don't want to just put on the slippers either."