VIENNA (ChurchMilitant.com) - An Austrian cardinal is standing by his decision to allow a drag queen to sing inside the cathedral at a large fundraising event.

Cardinal Christoph Schönborn of Vienna is defending the blasphemous fundraiser concert, which he allowed to take place back in November at St. Stephen's Cathedral in Vienna.

More than just allowing it to happen, a program for the concert listed Cdl. Schönborn as delivering the opening remarks, and video footage shows him speaking at the event.

In an interview last month, Austrian newspaper Die Furche asked the cardinal about the "conservatives" criticizing him over the event. In response, Cdl. Schönborn sidestepped critics' concerns about the sexually devious messaging on display, focusing instead on the charity the money from the concert was going to:

This evening, it was specifically about AIDS treatment, which by far does not only affect homosexuals. The event in the cathedral was very focused on helping a Maltese [i.e. the Knights of Malta] hospice in South Africa, and those cared for there are primarily heterosexual victims of AIDS. But, of course, the topic of AIDS has also become a major issue due to homosexuality. ... I am very aware that the right way to deal with homosexuality is a big social issue and also a big Church issue. I strongly advocate not to look first at the question of sexual orientation, but at human quality. The first question is: how are you with other people? And that's the first question God asks us — not the only one, but the first. The great Gospel speech in Matthew does not ask about sexual orientation, but: "I was hungry and you gave me food, and I was naked and you clothed me." This is how I see these fundraisers in the cathedral for AIDS treatment.

The Nov. 30 concert, variously called "Believe Together" and "The Long Night of Solidarity," included drag queen Conchita Wurst, also known as Tom Neuwirth. He sang with a sizeable choir, accompanied by the pipe organ.

Homosexual activist Gery Keszler was an organizer of Believe Together. In 2018, Keszler claimed Cdl. Schönborn privately invoked a blessing upon Keszler's relationship with his same-sex partner.

The 2018 event, also held at St. Stephen's Cathedral, was an adaptation of a play. It had homoerotic undertones and featured multiple actors dressed as demons.

In 2015, Cdl. Schönborn defended "stable unions" of homosexuals, saying, "[T]hey share their joys and sufferings, they help one another. It must be recognized that this person took an important step for his own good and the good of others ... ."

In that same letter, Abp. Viganò praised Alexander Tschugguel, the young man who removed Pachamama statues from a church in Rome and dumped them into the Tiber.

But Cdl. Schönborn did not praise Tschugguel, a fellow Austrian.

Elsewhere in last month's interview with Die Furche, Cdl. Schönborn defended the Pachamama or "Mother Earth" idols that kept popping up at October's Pan-Amazonian Synod in Rome. He compared the wooden statues to burning frankincense, a practice he says Christians in the very early Church would have dismissed as pagan.

It had homoerotic undertones and featured multiple actors dressed as demons.

"The cult of saints also Christianized pagan elements," the cardinal opined. "Taking up pagan elements that are integrated into the Christian heritage is a matter of course for Christians."

He downplayed the pagan symbolism of Pachamama, saying, "The controversial Pachamama statue is simply a heavily pregnant woman."

Schönborn suggested Pachamama can be viewed as a pro-life symbol, and he went on to call her an "archetype" of creation, "which naturally has its place in Christianity."

Also in connection to the Amazon Synod, Cdl. Schönborn affirmed the Church's practice of clerical celibacy, saying, "I believe that celibacy is a precious thing that the Roman Catholic Church should not give up."

Schönborn expressed openness to the possibility of female Church leadership in remote regions of the Amazon.

"In most of these churches, women are de facto leaders of the churches," he said. "There are sufficient possibilities under Church law that women can really be commissioned to lead the Church here. They do not replace the priest, but they do an irreplaceable service." 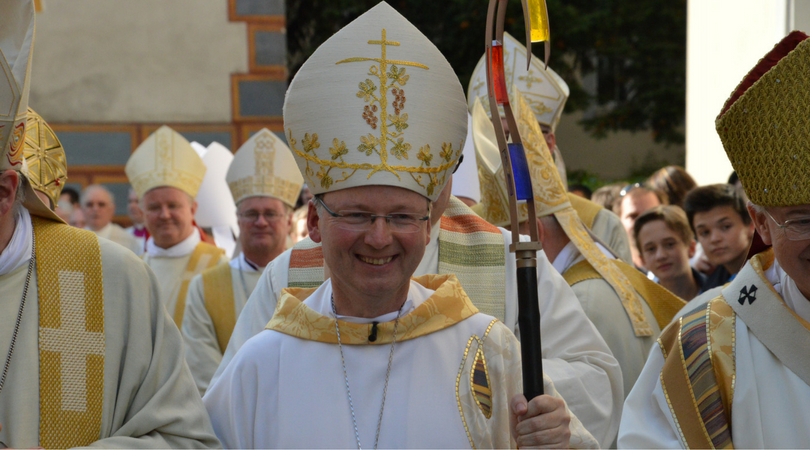